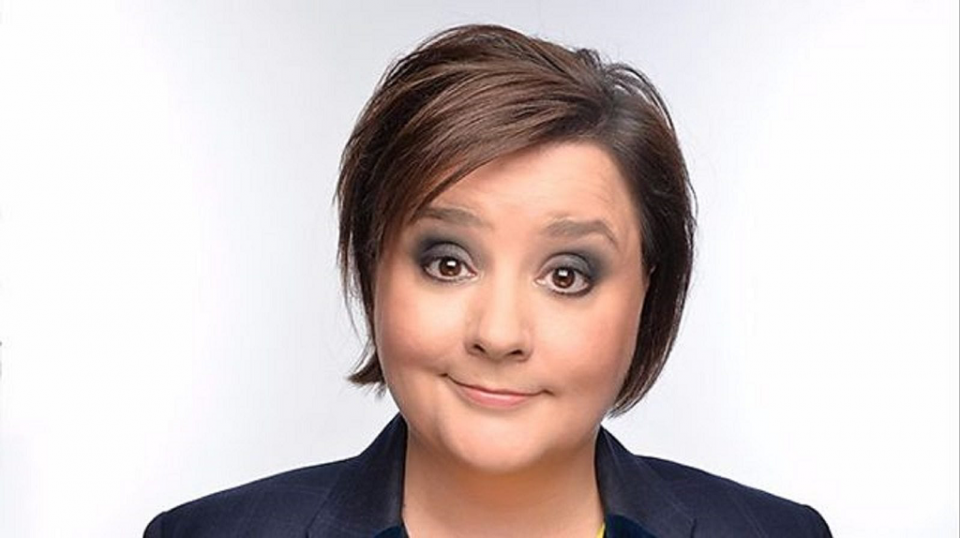 The incredible English comedienne Susan Calman gained great popularity in 2017 after her appearance in the famous dance competition of the BBC Strictly Come Dancing. During the show, the comedian was dragged through the mud by the LGBT community for chosing to dance with a non-gay partner, Kevin Clifton. Although the duo did not win the competition, they reached the tenth week before being eliminated. In addition to this show, Susan is a prominent figure in the BBC network where she participates in comedy sketches. Let’s look at these intriguing facts about Susan Calman below.

Scottish comic star, TV host, and writer Susan Calman gained fame after appearing on BBC Radio. In addition, Susan has hosted several game shows, including the children’s show CBBC among others. She also gained fame thanks to her appearance in the 2017 edition of Strictly Come Dancing where she finished in 7th position.

The comedic actress came into this world as Susan Grace Calman as named by her British parents Kenneth Calman and her mother Anne Wilkie. Her father was the former Chief Medical Officer for Scotland and was the Chancellor of the University of Glasgow. She spent her childhood in Glasgow, where she was raised with her two other siblings.

3. The University of Glasgow helped put her law degree to good use:

Susan attended Glasgow High School after which she graduated with a law degree from the University of Glasgow. While there, she won the Judge Brennan Fellowship, which allowed her to work for three months with death row felons in North Carolina. After graduating, she practiced corporate law for seven years before abandoning her legal career to engage in comedy. She has also once worked as a freedom of information and data protection expert at a UK law firm called Dundas & Wilson.

4. From corporate law to finding her spot in comedy:

​​The Channel 4 sketch show Blowout was awarded a Scottish BAFTA in 2007,and Calman was amongst the cast.

For her excellent spiritual performances, Susan was honored with the award for Best New Scottish Comedian at the Real Radio Variety Awards of 2009.

Additionally, Susan received the TV Star of the Year award in December 2017 after her magnificent performances.

The actor starred in the comedy series including Fresh Meat, and Dead Boss. Her show Susan Calman Is Convicted awarded her the award for Best Radio Comedy in 2013. She became a regular panelist on the CBBC show The Dog Ate My Homework in 2014. In the same year, she also appeared in other shows such as Don’t Drop the Stick and Sexy Beasts.

Since 2017, the TV host has anchored the daytime quiz-show The Boss on BBC One in addition to Detectives Armchairs and many more.

7. She was on Strictly Come Dancing:

The host was finally in the shoes of the participant when she appeared on the BBC’s dance competition, Strictly Come Dancing in 2017. Along with her partner Kevin Clifton, Susan finished in seventh place.

Susan Calman has been among the most popular celebrities whose sexuality has been scrutinized by the public. Interestingly, the comedian identified as a lesbian and came out openly as gay when she was nineteen in the year 1993.

At the time, the LGBT community was not fully accepted in Scotland; making life so difficult for Susan to be an openly gay woman. She later started a relationship with a lesbian partner named Lee Cormack. Even though she was in the relationship, Susan never put their relationship in the spotlight.

However, after gay rights were legalized in Scotland several years later; the lovebirds have formalized their relationship after nine years together. They also took a bold step in 2012 after a civil partnership ceremony.

Four years later, the loving couple were able to tied the knot in a same-sex wedding. They had a unique beautiful wedding which was held at Fruitmarket Glasgow in 2016. There aren’t many details about her partner, Lee Cormack. From online sources, it is understood that Cormack is a lawyer and works as a legal officer at Glasgow City Council. The couple have lived happily ever after and have no plans to have children yet.

9. Calman was heavily criticized by the LGBT community for not dancing with a woman:

Calman was dragged on the internet for not insisting on a same-sex dance partner for Strictly Come Dancing.

The comedian rejected the claims as being unfair, publicly stating: “No one is holding me hostage in this room, making me wear a dress and dance with a man. I want to learn how to dance… I have protested, I have picketed, I have fought, I have been spat on, I have been punched — and I want to dance.”

10. She suffers from depression:

The English TV actress says she was “desperately unhappy” as a teenager, and self-harmed and attempted suicide at 16. The comedian has openly stated her experience with depression in interviews and in her books.

Why Every Lady Needs To Own A Pair Of Magnetic Lashes