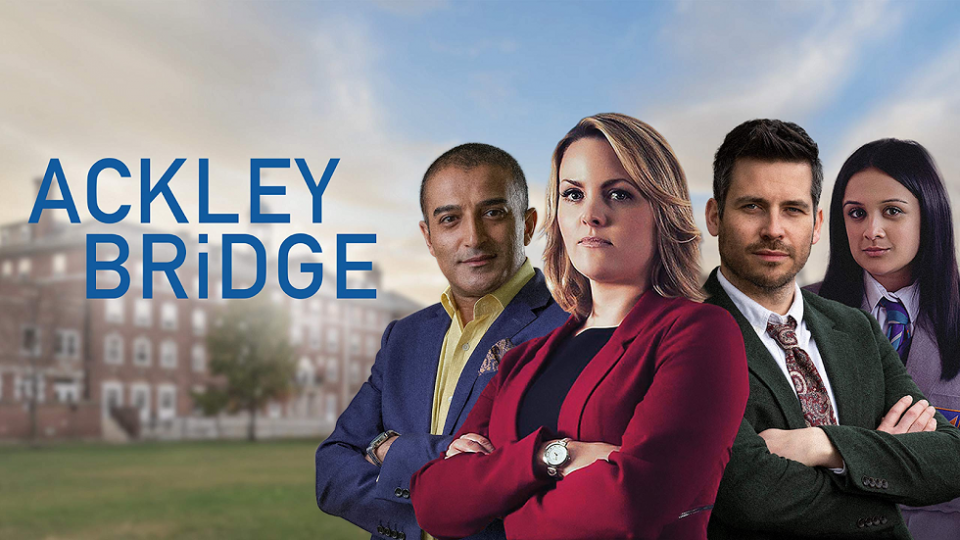 The extremely popular British dramedy Ackley Bridge concluded its fourth season recently with the students of the eponymous West Yorkshire school attending the wedding of Johnny and his secret fiancée Rose. Have you already finished watching all the episodes? Are you still in the  middle of the binge-a-thon? Either way, you must be wondering whether the popular show will see a fifth season. During the fourth season of Ackley Bridge, the showrunners brought about some key changes to the series and shortened the running time to 30 minutes each. The shorter episodes also aired at a different time and introduced fans to a lot of different characters which led to new relationship dynamics. All fans of the show are waiting with bated breath for the announcement of the fifth season. Here’s what we know so far.

The show’s synopsis on IMDB reads: “The merging of two schools causes plenty of problems for headmistress Mandy who has to deal with explosive fall-outs and problem pupils.”

While reviewing the show, Sfchronicle’s David Wiegand wrote: “The series has an appealing mix of drama and humor, while at the same time exploring the themes of individual identity on a number of levels. In addition to exploring cultural identity through the forced blending of two ethnic groups, “Ackley” also explores personal and sexual identity. But don’t worry: You’ll be adequately engaged with the characters and the interwoven storylines to feel as though you’re sitting in a pew and not on your sectional.” The unique backdrop of the show led to a lot of fans embracing it and really pushing the ratings to the top. As a result, the show has been renewed for a new season consistently and if things go as expected, fans should be able to dig into the fifth season soon.

How have critics reacted to Ackley Bridge?

Ever since the pilot episode of Ackley Bridge was aired, it has been compared to the BBC school drama Waterloo Road. Metro’s Duncan Lindsay said that “Channel 4 have been crying out for a solid drama to fit into the early night slot” and that there has been a lack of a “solid school based drama”. Another BBC school drama that Ackley Bridge drew comparisons with, is Grange Hill. The Daily Telegraph’s Michael Hogan said this about Ackley Bridge: “it could be described as Grange Hill with a mobile phone and a northern accent.” The Guardian’s Sam Wollaston called Ackley Bridge “a mixture of Waterloo Road and Shameless”. He was also very impressed by the way they used social media in the series. The mature representation of real life issues and cultural differences without descending into stereotypes was also highly appreciated.

Will Ackley Bridge return for a fifth season?

After the fourth season ended with the surprise wedding, Channel 4 didn’t go ahead and make any announcement regarding the fifth season of the extremely popular school based show. However, the easy season four ended, it will be really shocking (especially considering the ratings) if the show isn’t renewed for a fifth season. The number of storylines that can be explored are just about endless. The most prominent ones being Jules and Martin’s relationship to the aftermath of Johnny and Rose’s wedding.

When will Ackley Bridge Season 5 be released?

Even if Ackley Bridge is renewed for its fifth season, there is no confirmed window of its return. So far, the show aired during the summer months. Season one premiered in July 2017, season two premiered in August 2018 and season three premiered in August 2019. The fourth season of the show was also intended for a release around the same time of the year in 2020. However, because of the COVID-19 induced lockdowns across England, the show’s production was heavily delayed and it only managed to premier in April 2021. Based on the production duration of previous seasons, a safe bet would be to expect season five to be released sometime around April 2022. However, if there is another brutal COVID-19 wave (like the one going on in India), the production might be delayed once again and there’s no telling when season five will be released to the public.

What is the expected plot of Ackley Bridge Season Five?

If there is one word to describe the finale of Ackley Bridge’s fourth season, it’d be dramatic. The finale was quite open-ended and created a lot of scope for a variety of storylines that could be explored in season five, including the very obvious relationship between Kaya and Johnny. *Spoilers ahead*

During the finale of season four, Johnny left his secret fiancée Rose at the altar and eloped with Kayla. Season five could revolve around the progression of the relationship between the two. Another interesting dynamic would be the change in the relationship between Kayla and Fizz. Johnny’s dealing with the death of his grandfather might also end up being an interesting thing to watch in season five.

Love won’t be in the air for students alone. Deputy Headteacher Martin Evershed, who fell victim to Marina’s cruel cat-fishing prank in series four but ended up with her mother Jules, should also make for interesting viewing. Especially after the way he ended up with Jules.

Marina and Kayla witnessed Martin Evershed walk out of their house after spending the night with their mother in the season finale. The relationship dynamic between the daughters and the mother will also be interesting, especially after they find out that she is dating their teacher. The machinations of such a strange and unlikely relationship will also be extremely interesting to watch. Will the couple be able to make it happen, or things will just unravel? We will only know once season five of Ackley Bridge comes out.

Where can I watch Ackley Bridge?

You can watch Ackley Bridge on top streaming platforms such as Amazon Prime Video, Netflix, SkyGo and All 4. If you haven’t watched a single episode of this fantastic show and want a taste before investing in a streaming service, you can watch the first episode of the show for free on YouTube.