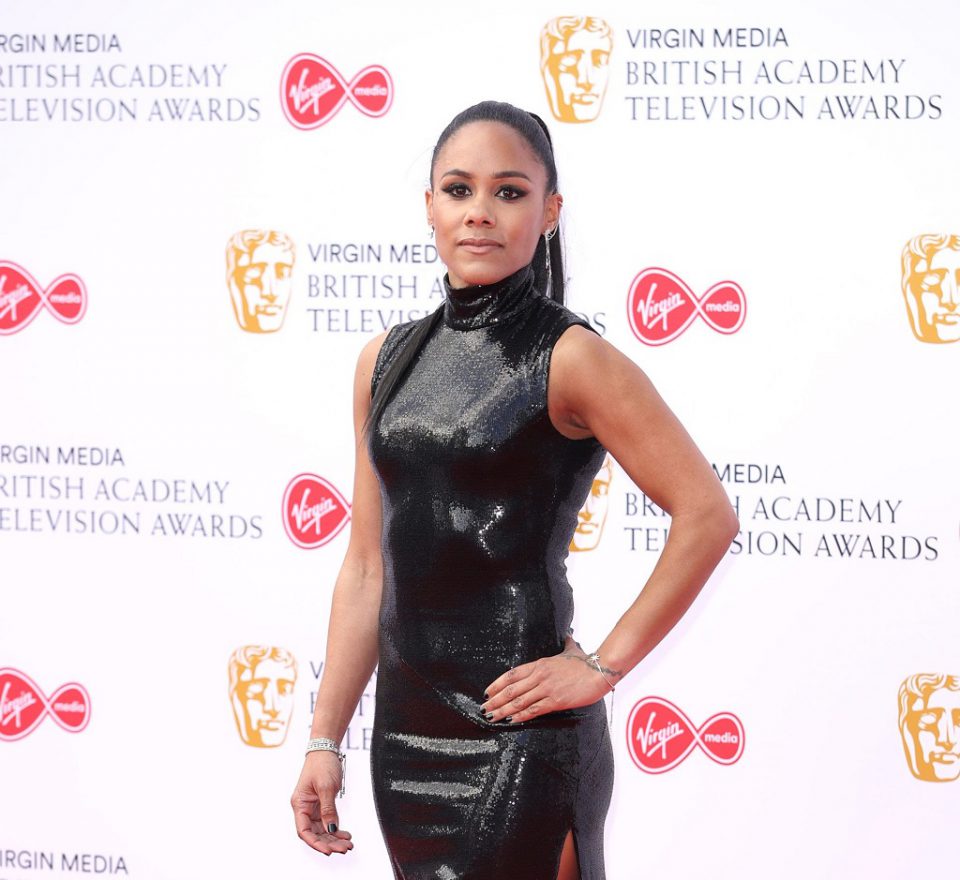 Alex Scott whose full name is Alexandra Virina Scott is a former English footballer. She played as a right-back mainly for Arsenal but also played for the England National Team for 13 years and the United Kingdom during the 2012 London Olympics.

She played for Arsenal three times, interrupted by a season at Birmingham City and three years at the Boston Breakers of the American Women’s Professional Soccer. Scott scored the goal that gave the Gunners the 2007 Champions League title.

She is currently a presenter in different sports programs on English television. She appeared as an expert commentator during the 2019 World Cup.

7 Alex Scott Facts: The BBC Broadcaster Who Used To Score For Arsenal and England!

Alex Scott came into this world on October 14, 1984 and she is currently 36 in 2021. Although she was born in Poplar, London, Alex is of Irish and Jamaican descent.

2. Journalism or football: which came first?

The answer is football, but Alex Scott began her journalism career in the media while still playing soccer.

She appeared on shows such as Soccer AM, BBC Sport, BT Sport or Sky Sports and in 2016 she appeared on the Bear Grylls series Mission Survive which she won!

After her retirement, she turned her attention fully to television, being one of the hosts of Match of the Day Kickabout.

In 2018 she became the first female expert commentator for the BBC at the World Cup that same year.

When the World Cup tournament ended, she continued in that role all through the Premier League and, in August 2018, the Englishwoman became the first female expert commentator for Sky Sports.

She was also present at the 2019 World Cup with the BBC. In August 2019, it was announced that Scott would be the new host of the Sky Sports Goals on Sunday show alongside Chris Kamara.

Scott was also hired to pen down a weekly column on women’s football in the English newspaper Morning Star.

3. She was on Strictly Come Dancing:

In September 2019, Scott participated in the 17th edition of Strictly Come Dancing, being paired with professional dancer Neil Jones. They were eliminated in week 11, finishing in fifth place.

Since her resignation, she works as a commentator and presenter for the BBC. Among other things, she was part of the team for the 2018 World Cup and the 2020 Summer Olympics.

And yet, she is regularly exposed to sexist attacks via social media. The BBC pundit has spoken publicly on numerous occasions about the sexist abuse she suffers on social media for her work as a football commentator.

5. In 2017, Scott was named a Member of the Order of the British Empire (MBE) for her work in football:

And with good reason! In 2011, she created The Alex Scott Academy, in collaboration with Kingston College and Puma, for female footballers between the ages of 16 and 19, the first in England.

6. Playing for her national team (England/Great Britain) in international games:

Scott played with the U19 and U21 categories. With the first national team, she played in the 2002 U19 World Cup.

Scott made her debut for the England National Team on September 18, 2004, in a match against the Netherlands.

With the next national team, she took part in the European Championship finals in 2005 and 2009 (where she won the silver medal) and the 2007 World Cup in the People’s Republic of China.

She was also nominated for the 2011 World Cup and was used in all four games of the English team. In the second World Cup match against New Zealand, the English footballer struck the cross that led to the interim 1: 1 equalization by Jill Scott. With her four appearances at the World Cup in Germany, she and four other players have now played the most World Cup games for England’s women with eight World Cup appearances.

In June 2012, it was announced that Scott had been selected to represent the United Kingdom at the 2012 London Olympics.

On September 2, 2017, she retired from international soccer. Until the date of her retirement, she was the second English player with the most matches played (140).

7. Here are all the clubs Alex Scott played for:

After being part of the lower categories of Arsenal from 1992 to 1999, Scott began to play with the first team in 2002 as a winger, before establishing herself as a winger.

After spending two seasons at Arsenal, she moved to Birmingham City. With the player’s help, the club finished fourth in the FA Women’s Premier League National Division. However, given her  financial difficulties, the English footballer returned to Arsenal for the 2005-06 season.

Scott helped the team win the domestic double of the FA Women’s Premier League and Women’s FA Cup. She was also very important in Arsenal’s historic season in which they won the “Quadruple” – the league, both league cups and the Champions League 2007. The Gunners club was the first and only English club to win the European competition and Scott scored the goal that gave them victory.

Following the creation of a new league in the United States, Women’s Professional Soccer, on September 25, 2008, it was announced that Scott’s player rights had been assigned to the Chicago Red Stars. These rights were transferred on January 15, 2009 to the Boston Breakers and on February 6 it was announced that the English player would be leaving Arsenal.

In the inaugural 2009 season, Scott played 17 games, scoring 1 goal and assisting another. In 2010, she played 21 games and scored 2 goals and the following year she played 15 games. In December 2011, she returned on loan to Arsenal for all three preseason games in Japan.

When the WPS was canceled prior to the 2012 season, Scott returned to Arsenal for the third time, along with Kelly Smith.

In the 2014-15 season, she was named captain and in the following season, she led the team to the final of the FA Women’s Cup, in which they beat Chelsea.