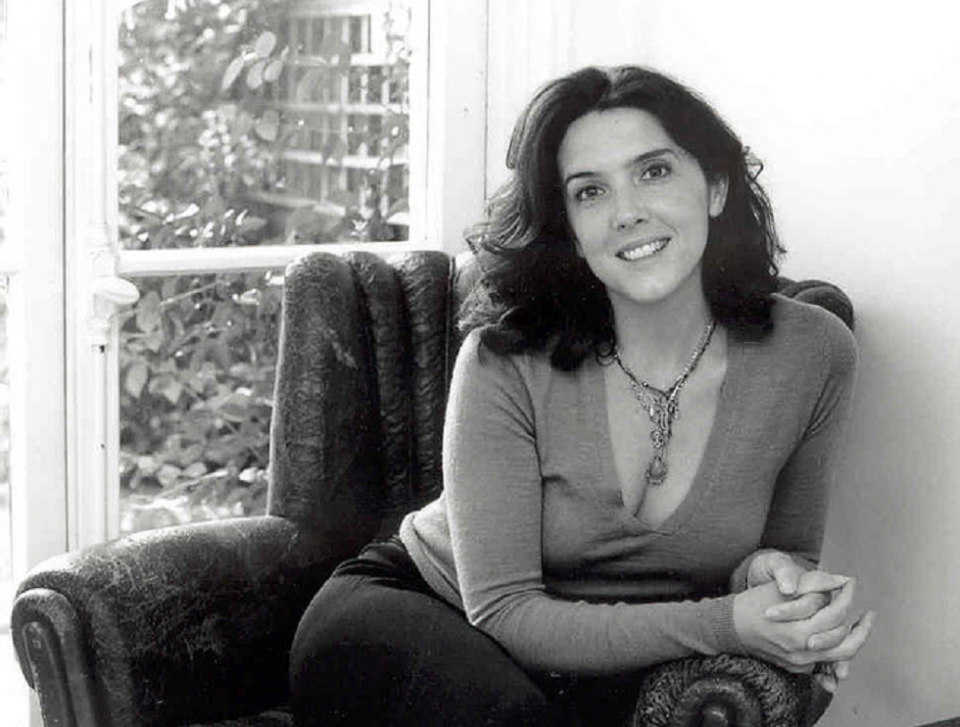 Bettany Hughes made her name as an English historian specialising in classical history author and broadcaster. Her published books cover classical antiquity and myth, and the history of Istanbul. The documentary maker is active in efforts to encourage the teaching of the classics in UK state schools. Hughes was appointed OBE (Order of the British Empire) in 2019. Her many documentaries have toured ancient Greece and Rome, sometimes veering north towards Romano-Britain and south to Egypt. There has always been a robust feminist agenda to Hughes’s area of study. Her first book Helen of Troy: Goddess, Princess, Whore looked into the legend of the face that launched a thousand ships. She has made radio programmes about Aphrodite, Sappho, Eve, and even Eleanor of Aquitaine. Her widely praised “Divine Women” offered an insight into those goddesses so often seen as secondary citizens of the heavens. The series found Hughes crossing boundaries between cultures in East and West and roaming inquisitively into Asia. She’s at it again in her new series in Genius of the Ancient World, but the subjects are all male.

Bettany Hughes: 17 Facts About The Female Historian and Documentary Maker!

Who is Bettany Hughes?

According to her website, Professor Bettany Hughes is an award-winning historian, author, and broadcaster, who has devoted the last 25 years to the vibrant communication of the past. Her speciality is ancient and medieval history and culture. A Scholar at Oxford University she has taught at Oxford and Cambridge Universities and lectured at Cornell, Bristol, UCL, Maastricht, Utrecht, Manchester, and Swansea. She is a Tutor for Cambridge University’s Institute of Continuing Education, a Research Fellow of King’s College London, and recently joined the New College of the Humanities as a Professor of History.

Bettany Hughes grew up in West London with her brother, the cricketer Simon Hughes. Her parents were in the theatre: she learnt early the importance and delight of sharing thoughts and ideas with a wider public. Bettany won a scholarship to read Ancient and Modern History at Oxford University and then continued her post-graduate research while travelling through the Balkans and Asia Minor.

Her most serious illness happened during her childhood. “When I was seven, I had surgery for a problem with my kidneys. They were in danger of failing due to a congenital problem. I had been sick and pale for a while but doctors just thought I was anxious about school. I’m fine now”.

“…often women aren’t allowed to be characters in history, they have to be stereotypes. Cleopatra was a poet and a philosopher, she was incredibly good at maths; she wasn’t that much of a looker. But when we think of her, we think: big breasted seductress bathing in milk. Often, even when women have made their mark and they are remembered by history, we are offered a fantasy version of their lives.” ― Bettany Hughes

“This Proto-Indo-European term ghosti (from which we get the words guest, host and ghost) referred to a kind of unspoken etiquette, a notion that on seeing strangers on the horizon, rather than choose to fell them with spears or sling-shots, instead we should take the risk of welcoming them across our threshold – on the chance that they might bring new notions, new goods, fresh blood with them. Over time this word-idea evolved into the Greek xenia – ritualised guest–host friendship, an understanding that stitched together the ancient Mediterranean and Near Eastern worlds.” ― Bettany Hughes, Istanbul: A Tale of Three Cities

“Herodotus, the ‘Father of History’, records the moment – and you can hear the emotion in his voice as he does so, a mixture of horror and awe: Then Kleisthenes took into his faction the common people.19” ― Bettany Hughes, The Hemlock Cup: Socrates, Athens and the Search for the Good Life.

Bettany Hughes lectures throughout the world:

Bettany Hughes has been invited to universities in the US, Australia, Germany, Turkey and Holland to speak on subjects as diverse as Helen of Troy and the origins of female ‘Sophia’ to concepts of Time in the Islamic world. She considers her work in the lecture hall and seminar room amongst the most important, and rewarding she does.

“Chocolate. Green & Black’s or a slice of chocolate cake and I’m happy. I also have a soft spot for a bellini. For a couple of years in my 20s, I smoked maybe five herbal cigarettes a day” ― Bettany Hughes

Her diet and exercise:

“I have been a lifelong vegetarian, so I am a big fruit and vegetable eater. My youngest daughter, May, 17, was diagnosed with coeliac disease last year so we have become gluten-free in solidarity. I used to be so fit, but I have spent the past decade writing a book on top of everything else I do and exercise has been neglected” ― Bettany Hughes

“I have never taken a painkiller in my life. Being self-employed, if I feel off-colour I carry on, as the money doesn’t come in if I don’t work”― Bettany Hughes

“I am not fond of cockroaches and I’m not very good at being alone in the dark. I leave the curtains slightly open so there is a chink of light in the room” ― Bettany Hughes

When talking about being depressed she said:

“It was tough having young children and a freelance career, but the odd glass of prosecco and a bit of chocolate cake helped.

I believe in the benefits of a good massage. Wherever I am, I will seek one out. I think they are very good as a preventative in terms of stress” ― Bettany Hughes

A walk in the fresh air.

This keeps her up at night:

“Having ideas. My brain often gets a bit buzzy, so if that happens, then I will go and write things down” ― Bettany Hughes.

On asked if she wants to live forever, she said:

“Being immortal would be terrible, but to have the ability to resurrect would be quite interesting, just to see how the world is turning” ― Bettany Hughes.

Her first book Helen of Troy: Goddess, Princess, Whore has been translated into ten languages.

Her second, The Hemlock Cup, Socrates, Athens and the Search for the Good Life was a New York Times bestseller and was shortlisted for the Writer’s Guild Award.

Her latest book Venus and Aphrodite was written in 2019.

According to her website, Bettany Hughes has written and presented over 50 TV and radio documentaries for the BBC,  Netflix, Discovery, Channel 4, PBS, The History Channel, National Geographic, BBC World and ITV.  This English historian’s programmes have now been viewed by over 250 million worldwide.

This English historian has long drawn attention to women’s position in society both past and present. She was named as one of the BBC’s 100 Global Women, was asked to launch the UK’s Inspiring Women mentoring scheme and is written extensively on the subject for national and international publications. Bettany stands on the Women of the World Committee. As a commentator she is asked to contribute to The New York Times, The Guardian, The Times, The Sunday Times, The Daily Telegraph, The Sunday Telegraph, The Daily Mail, Prospect Magazine and The New Statesman. This English historian is also a judge for the English Heritage Angel Awards, the Art Fund’s Museum of the Year Award and is a reader on the Queen’s Anniversary Prize. She regularly judges for the RTS and Grierson Awards.

In recognition of her contribution to research, Bettany Hughes has been awarded a Research Fellowship at King’s London.

According to her website, she was awarded the Naomi Sargent Education Prize for Broadcast Excellence in 2010 and was given a Special Award for Services to Hellenic Culture and Heritage. In 2011 she was Chair of the Orange Prize for Fiction and was made an Honorary Fellow of the Historical Association and a Fellow of Cardiff University. She was awarded the Norton Medlicott Medal for services to History in 2012. In 2013 she was given an Honorary Doctorate by York University in recognition of her ‘outstanding’ contribution to history and to its international promotion. In 2014 she was awarded the Distinguished Friend of Oxford Award for her contribution to the academic life of the University. In 2018 she was awarded the prestigious European Helena Vaz de Silva Prize for promoting Public Awareness of Cultural Heritage – Bettany was the first woman ever to receive this award. She was also given the International Fem 21 Award for journalism. In 2017 she was chosen as one of London’s 20 most influential cultural people by the Evening Standard in their1000 awards. In 2019 Bettany became Chair of the Man Booker International Prize for Fiction, and was awarded an OBE for services to history.

Bettany Hughes is a patron of The Iris Project, a charity that promotes the teaching Latin and Greek in UK state schools. She is an honorary patron of Classics For All, a national campaign to get classical languages and the study of ancient civilisations back into state schools. She is an advisor to the Foundation for Science, Technology and Civilisation which aims to foster large-scale collaborative projects between East and West.

The English historian is also an honorary, founding patron of Classics For All – a national campaign to get classical languages and the study of classical civilisations back into state schools and a long-standing patron and supporter of the educational and campaigning charity The Iris Project.

She is Vice President of the Churches Conservation Trust and of the National Churches Trust. She was President of JACT, sat on the Innovation Committee of NESTA and has been an advisor to the Foundation for Science Technology and Civilisation which promotes large- scale collaborative projects between East and West. Bettany co-produced a 7-part global documentary series about the shared roots of Eastern and Western culture which premiered at UNESCO in 2013. She initiated and presented the series Ideas That Make Us – the ongoing history of ideas for BBC Radio 4. Her landmark BBC/OU series on Socrates, the Buddha and Confucius and the classical influences on Freud, Nietzsche and Marx can now be seen on Netflix.

Moscato Wine: Everything You Need to Know About It