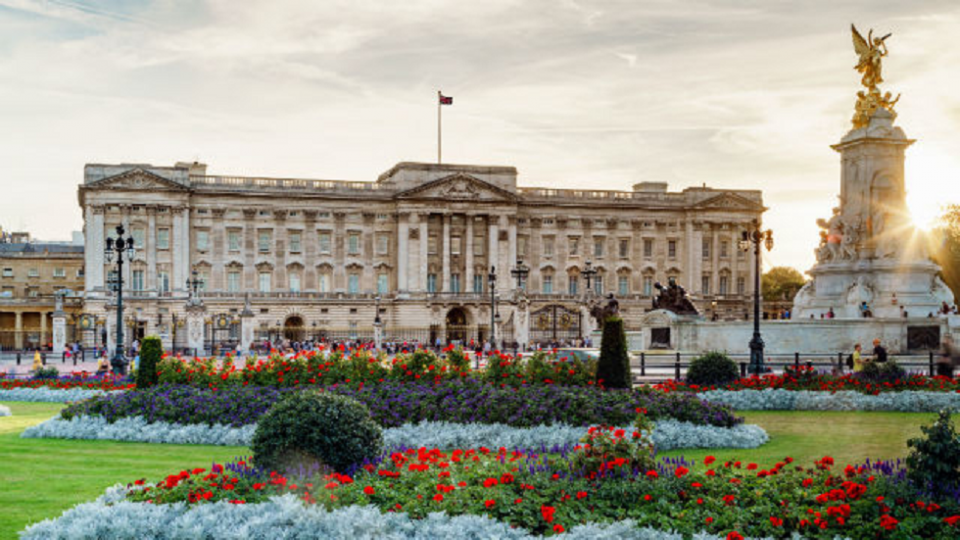 The first Duke of Buckingham named John Sheffield tore down a house in Westminster in 1703 to build himself a new house in the site. This Buckingham house was purchased by King George III in 1761 to give away the house to his wife and children as a private home because it was not far away from St. James Palace, the royal family official London palace that time. When Queen Victoria occupied the throne in 1837, she made her first official residence at Buckingham Palace. Since then, the original building of the Kings and the Queens has gone through several renovations and has become the official palace in its own right.

The Buckingham Palace Walls are Entombed with fossils

Oolitic limestone is a kind of a sedimentary rock which are made of small spherical clumps and was used in Buckingham Palace construction like many other landmarks existing today. A research paper published in 2017 states that this kind of rocks forms around the mineralized corpses from the microscopic organisms instead of sand grains. This reveals that the Buckingham Palace is loaded with many fossils that can be more than 200 million years old.

Buckingham Palace is the place where the Queen resides

Buckingham Palace is the official residence of the exiting Queen and is the chief royal house of London. Since 1837, the palace has been announced to be an official palace for Britain’s monarch. The first queen who resided in the palace was Queen Victoria. She was only 18 when Queen Victoria sat on the throne and had a lot to learn. Her reign had a bumpy beginning. Being a queen, she thought that she could do anything but in reality, it was just the opposite to it. Queen Victoria reigned for 64 years from 1837 to 1901.

Buckingham Palace is also an office beside Queen’s residence

In London, Buckingham Palace is used as an admirative office for the monarchs. There are separate state apartments which Her Majesty receives and visits her guests that are invited to the Palace.

Besides Buckingham Palace, Queen has other royal homes

Some of the houses that are owned by the Queen other than Buckingham Palace are Windsor Castle and Balmoral in Scotland. Windsor Castle is the largest occupied castle worldwide and is the official residence of the queen. It was built by William the Conqueror in 1080 and has been a royal fortress and a palace for more than 900 years. The oldest castle in Britain covers an area not less than 30 acres.

Like Windsor Castle, Balmoral is another official residence of the Queen. It is the favourite residence of the Queen and her family when they plan summer holidays in between August and September. The Balmoral Castle is located in the large Balmoral Estate in Scotland’s Aberdeenshire. Around 85,000 visitors visit Balmoral every year and the estate maintains and restores even though hikers visit the place throughout the year.

When the Queen stays at her royal residence, you can see the royal flag hoisted in the top of the pole in Buckingham Palace. The flag is also called the Royal Standard. The flag has been divided into 4 quadrants. The fourth and the first quadrant consists of three golden lions walking in the red field representing England. The second quadrant represents Scotland and also contains a red lion standing on the left hind foot in a golden field. The third quadrant representing Ireland contains gold Coat of arms of Ireland standing in the blue field. The flag protocol contains Royal Standard as supreme and must be flown only in the building where Queen is present.

The Buckingham Palace has Foot guards who guard the Palace. Their official dress is red jacket and a tall, furry hat known as bearskins. When the first guards attend their duty, it is called as the Changing of the Guard ceremony. The ceremony takes place in the forecourt every morning. Since 1660, the royal palace and the monarch are guarded by the Household troops.

Do you know why the guards wear red colour uniforms? The Red colour uniform was chosen for two main reasons. Firstly, red was the cheapest dye to manufacture and saved costs for the royal family. Secondly, the military strategy says that red colour is difficult to be identified from distance and thus enemy might find it difficult to notice how many British soldiers are standing to fight. To distinguish the royal guards protecting the monarch, you can identify their tunic buttons provided to different regiments.

From July end till the end of September every year, Queen is not in her residence. This is the time when the stunning palace State rooms are open for the public. You need to buy tickets to envisage the beautiful sight of the palace galleries. Just explore the Buckingham interior if you visit London ever but do not forget to buy yourself Palace tickets as they get pre-booked often. Whenever the Queen is not present in the palace, a Union Jack is flown instead of the Royal Standard flag.

The inside scenario of the Buckingham Palace

The palace holds as many as 775 rooms that include 52 royal and guest rooms, 19 state rooms, 92 offices, 78 bathrooms a swimming pool and a cinema. The Palace has its own police station, ATM, Clinic, and a post office. Around 400 people work inside the palace which includes chefs, domestic servants, cleaners, footmen, chauffeurs, gardeners and two people looking after the 350 clocks.

The Royal Paintings in the Buckingham Palace

In the heart of the Buckingham Palace, you can find the State rooms that are open for public when the Queen is not in her residence. The galleries were designed in a way which can be accessed as public rooms where Sovereign could reward, receive and entertain subjects along with visiting dignitaries. The State rooms contains some outstanding and rare works of famous painters and artists which are called as the Royal Collection.

Some of the items in the State room reflects George IV taste for arts. He was the one who acquired and commissioned several pieces that were originally made for the official residence in Carlton House. Some of the items include the group of Green Sevres porcelain that has been arranged to match the wall covering and blue Sevres used for Blue Drawing room.

The White Drawing room has a roll-top desk designed by Reisner along with a magnificent glided piano made by Erard. The piano was supplied to Queen Victoria. The Picture Gallery where receptions are held mostly contains some worldwide famous painting of Van Dyck, Leonardo da Vinci, Rubens and Canaletto among several others.

A teenager named Edward Jones invaded Buckingham Palace between 1838 and 1841. He was nicknamed as ‘the boy Jones’ in the newspapers as he broke into one of the most secured buildings not once but three times. He randomly stole food from the royal kitchen, seized the opportunity to sit in the royal throne and stole underwear of Queen Victoria. The boy was not a professional thief but a thrill-seeker who wanted to undermine the royal security. In 1982, Michael Fagan also tried to undermine the royal security and broke into the palace. He entered Queen Elizabeth II’s personal bedroom in a security breach that shook entire Britain at that time.

A Girl Guide Company was hosted in Buckingham palace

Princess Elizabeth and her young sister Margaret were girl guides before becoming the queen. Their troops were organised in the royal house and were active in between 1937 and 1939. The first Buckingham Palace Girl Guide Company meetings were held in the summerhouse in the palace grounds. Besides the two princesses, some of the members included 30 girls whose parents were royals or palace workers. The troop was resurrected in 1959 for Elizabeth’s daughter Princess Anne. It was again folded when Princess Anne started boarding school in 1963.

President Woodrow Wilson along with First Lady Edith Wilson visited London while they were travelling for a conference in Paris in 1918. King George V threw a party in their honour at the banquet as a new tradition began of U.S. heads visiting the royal residence of United Kingdom. However, in 1977, President Jimmy Carter broke the royal protocol infamously by kissing Queen Elizabeth on her lips.

Buckingham Palace was attacked and bombed during World War II

Even after getting advised to get out of London during the Second World war, King George VI along with his family stayed in the Buckingham Palace. Wife and Queen Elizabeth stated that time, “The children will not leave unless I do. I shall not leave unless their father does, and the king will not leave the country in any circumstances, whatever.” The Queen gained pistol firing skills by shooting local rats and before the Axis Powers surrendered, German bombers were able to score not once but nine direct hits made on Buckingham Palace.

In 2017, the Changing guard ceremony was led by a female guard for the first time. In 1867 Canada became a self-governing dominion after the British North America Act on July 1. To celebrate the 150th anniversary, the Canadian Armed Forces infantry officer named Megan Couto became the first female guard who commanded and was invited to defend Queen Elizabeth II in the palace.

Three garden parties are hosted by Queen Elizabeth II every summer in the Buckingham Palace private area. Around 20,000 sandwiches are been consumed per party by the palace guests. According to British Monarchist Foundation, “Guests, of which there are around 30,000 each year in total, are treated with Buckingham Palace-blend tea, cakes, and a chance to talk to members of the royal family informally,”.

It is believed that the palace has many tunnels underground that connects Buckingham Palace with other distinguished places across the city. Though it has not been confirmed officially there are rumours that the tunnels exist and connects the royal abode to Houses of Parliament and Whitehall.

We all know that today Buckingham Palace homes Queen and Prince Philip. But, in reality, the palace homes Duke of York or Prince Andrew and the Earl along with the Countess of Wessex of Prince Edwards, his wife and their daughter in the Buckingham Palace.