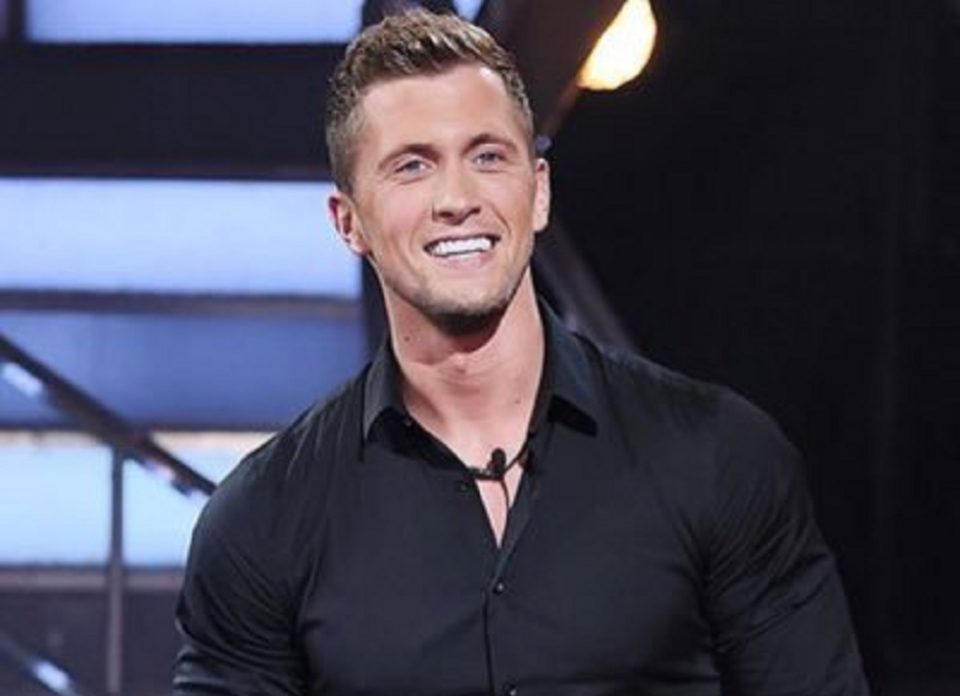 English television personality Dan Osborne is well-known for his appearance as a former cast member on the ITVBe reality series, “TOWIE”. He worked as a professional model before landing his breakthrough role on “The Only Way is Essex”.  He also got selected as a contestant on the television show, “Splash!”. In 2018, on Celebrity Big Brother, Dan finished in third place. Besides all this, Dan is in the news for his relationship with his wife, Jacqueline Jossa, who he cheated on and fathered two children with.

1. Who is Teddy Osborne’s mother?

EastEnders actress Jacqueline met then “The Only Way Is Essex” star Dan Osborne at an awards ceremony in 2013, and followed by what The Mirror calls a string of ‘flirty’ tweets… it seemed inevitable that they’d be snapped going on a few dates. Jacqueline announced her pregnancy in August 2014. But she later admitted it was quite the shock, with Dan telling OK! magazine that the couple went straight to a supermarket to buy a test. Though she remained tight-lipped on her due date, she did treat her fans to a few bump snaps. One was taken at the 2014 TV Choice Awards while another was a sweet onesie-selfie. At 20 weeks, Jacqueline teased her baby’s sex with a gender reveal cake… only problem was it was purple frosting and with no way of seeing what colour was on the inside, fans were left guessing whether or not she was expecting a boy or a girl. As she hit the 6-month mark, she admitted she found it difficult to keep her bump hidden while filming for EastEnders – as her character, Lauren Branning, wasn’t pregnant. On 15 February 2015, Jacqueline and Dan welcomed a baby girl, who they named Ella.

Jacqueline had what she called an ‘amazing water birth’ – an incident she detailed in an interview when Ella was just a week old. On 15 June 2015, it was announced that Dan and Jacqueline had become engaged. Dan shared the happy news with his fans on Twitter, writing: “She said YES!!! I am the luckiest man in the world to be marrying the woman of my dreams @jacquelineMjos !!!” In 2016, the couple revealed they’d postponed the wedding because they’d ran out of time to find their perfect venue. It seemed both Jacqueline and Dan just wanted to focus on looking after their little ones.

Their daughter Ella, and Dan’s son Teddy, both participated in the couple’s wedding in July 2017. They tied the knot in a gorgeous Delamere Manor, in Cheshire, after enjoying stag and hen dos in Ibiza. wedding. On 15 January 2018, Jacqueline revealed that she and Dan were expecting again, in an exclusive with OK! mag. The star also confessed that the pregnancy wasn’t planned, though they were both excited (although nervous) to have 3 children in the family. As of June 25, 2018, Jacqueline gave birth to Mia.

2. Dan Osborne was suspended once:

Controversial recordings were found in which he was allegedly making threatening comments about his ex-girlfriend, Megha Tomlin.

3. Dan Osborne is married, this is how he proposed:

He has been married to actress Jacqueline Jossa since June 24, 2017. They got engaged in June 2015 after dating for a year and a brief separation. Dan proposed to his wife when they were attending Jacqueline’s sister’s wedding during a trip to Greece in June 2015.

In July 2017, Dan and Jacqueline finally got married. They tied the knot in a gorgeous Delamere Manor, in Cheshire, after enjoying stag and hen dos in Ibiza.

Their wedding celebration was published on the cover page of ‘Ok! Magazine’.

5. Dan Osborne is a father of three, first to Teddy, then Ella and Mia:

After meeting in 2013, Dan Osborne and Jacqueline Jossa, the English actress, best known for portraying the role of Lauren Branning in the BBC soap opera “EastEnders”, started dating.

By 2014, Jacqueline announced her pregnancy and the couple welcomed their daughter, Ella Selina Osborne on February 15, 2015. He later separated from his wife in late April 2018 during which she was seven months pregnant. However, they became close again following the birth of their second daughter, Mia Osborne on June 25, 2018.

Previously, the TV personality was dating Megan Tomlin (a teacher) and they welcomed a son named Teddy Osborne on December 8, 2013, but the pair separated later. They dated before Dan joined the cast of ‘Only Way is Essex’ and he was only 22 years old when they welcomed their child.

Dan also said he hopes to have more children to move on from his cheating. They are already parents to Ella, five, and two-year-old Mia.

Dan Osborne was born on June 27, 1991, in Dagenham, England. His birth name is Daniel James Osborne. His nationality is English.  Dan grew up in his hometown along with his 3 siblings: Joe Kilduff, Mike Osborne, and Ryan Osborne.

7. He was an ex-tattoo artist:

He attended Eastbury Community School in London in 2007 however, he dropped out and began his career initially as a tattoo artist.

There were also some claims he was unfaithful with multiple women but Dan has always denied them. Now he’s said “I’ve done things I shouldn’t have done” – but claims Jacqueline, the actress, has forgiven him.

According to an interview with The Sun, Dan said:

“I’ve made mistakes, yeah. I’ve done things I shouldn’t have done. Me and Jac have spoken about that and she has forgiven me. “I know in the past I’ve denied things when they’re not true, then when something has been true, I probably just kept my mouth shut. I was a different person.” “I take full responsibility for being crap,” he added.

Following Jac’s I’m A Celeb stint, Dan issued a public apology, but steered clear of giving specific details. He addressed “constant articles & rumours”, some of which were “true, some very untrue.”

“I have seriously learnt from these massively,” Dan wrote.  “So I want to publicly apologise to my beautiful wife and my family for the mistakes I’ve made.”

The couple was rumoured to have split up during lockdown and were living in separate houses, Dan admitted that things got a bit much and they needed time apart from each other. That being said, both of them insisted that they never broke up.

Dan holds British citizenship and his ethnicity is English.

Dan Osborne joined Eastbury Community School in London in 2007 but he left in 2007 without continuing his studies anymore.

Dan began his career as a tattoo artist and he is also the ex-member of the cast of ITVBe series, ‘The Only Way Is Essex’. He also appeared as a contestant in the reality show, ‘Splash’.

He also took his career towards professional modeling and even has appeared on the cover of Attitude magazine and graced the pages of other publications, including OK!, Now, Reveal, and Star Magazine.

These days he is more inclined towards fitness and he regularly posts selfies in the gym.

Dan Osborne has an estimated net worth of around $2 million and he has earned from his professional career.

Dan was seen kissing Alexandra Cane by his wife which resulted in separation for some months. But later Dan and Jacqueline sorted things out and got back together.

Married At First Sight Australia: Is Anyone Still Together?