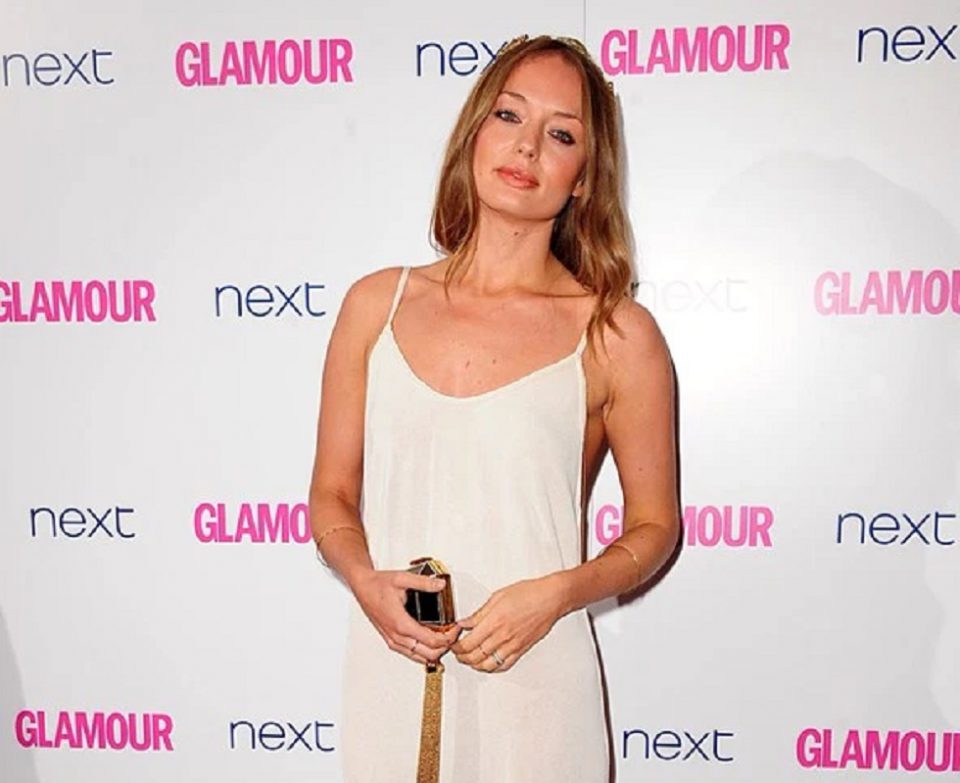 Laura Haddock is a famous English actress. She rose to prominence after playing the roles of Kacie Carter in Honest, Lucrezia in Da Vinci’s Demons, Meredith Quill in Guardians of the Galaxy and its sequel Guardians of the Galaxy Vol. 2, Alison in The Inbetweeners Movie and Viviane Wembly in Transformers: The Last Knight. Because of her appearance in such blockbuster films, she has become quite a global star. Let’s find out some interesting facts about this talented actress.

When was Laura Haddock born?

Laura Haddock was born on August 21st, 1985 in Enfield, London, but grew up in Hertfordshire.

Where did Laura Haddock study?

Laura Haddock went to St George’s School. She dropped out of school when she was 17 and moved to London for studying drama. Laura Haddock trained at Arts Educational School in Chiswick.

Laura Haddock is currently divorced. But she was married to Hunger Games star Sam Claflin between 2013 and 2019. The couple have two children together.

Which are some of Laura Haddock’s movies?

Laura is perhaps most internationally recognized for a small but crucial role in Marvel’s Guardians Of The Galaxy series. As the mother of Peter Quill – played by Chris Pratt- her relationship with Peter’s father (Ego, the living planet) is a crucial thread through both films. It wasn’t her first foray in the Marvel universe: her first film credit is as an autograph seeker in Captain America: The First Avenger.

What has Zoe Walker from ‘White Lines’ starred in?

Aside from portraying the role of Zoe Walker in White Lines, Laura Haddock has appeared in some huge TV and film roles both in the UK and in the US. Her breakout role was playing Will’s love interest, Alison, in ‘The Inbetweeners Movie’ (2011), before landing the part of Meredith Quill in Guardians of the Galaxy in the Marvel Cinematic Universe (2014). She also starred in Transformers: The Last Knight (2017), and played the role of Viviane Wembley, an unrealistically attractive Master of History and Doctorate of Philosophy at the University of Oxford. Appearing in two of the most popular movie franchises of all time has made her quite popular globally.

Laura Haddock is 34-years-old. She was born on August 21st, 1985. Even though she was in her mid twenties, Laura Haddock successfully played the role of an A level student in The Inbetweeners movie.

Where is ‘White Lines’ actress Laura Haddock from?

Laura Haddock was born in London and raised in Hertfordshire, Laura moved back to the Capital to attend theatre school when she was just 17-years-old. From there, she started to get minor TV roles in shows like ‘Da Vinci’s Demons’ before landing her first big movie role in 2011.

Laura Haddock has two children through her previous marriage with Sam Claflin. Her son Pip was born in 2015 and her daughter Margot was born in 2018.

You can follow the actress on Instagram at @laurajhaddock. She has over 250k followers on Instagram and she is very active on it. She shares snaps from fashion week, on holiday, or living it up in London.

“I’m probably borderline OCD. I insist on having all objects at right angles to each other. So a fork has to be at a right angle to the knife on the table. The salt and pepper pots have to be placed close together. Only recently have I started to notice it’s a weird way to behave.”

“I’m not the new Cameron Diaz. I’m not the new Keira Knightley, either. I don’t know where these ideas come from. I’d rather be thought of as the one and only Laura Haddock. I’ll happily settle for that.”

“I remember being about eight and watching ‘Pollyanna’ with Hayley Mills. I looked at my mum and said, ‘Mum, I want to be Pollyanna.’ She said, ‘You’re going to have to make yourself cry if you want to be an actress.’ So I turned my head away, and when I turned it back I was in floods of tears.”

“I wouldn’t say no to becoming a Bond girl. Making it in Hollywood has been my dream ever since I was little, watching Marilyn Monroe movies. To star in a Bond movie would be bliss on a stick.”

“I remember being about eight and watching ‘Pollyanna’ with Hayley Mills. I looked at my mum and said, ‘Mum, I want to be Pollyanna.’ She said, ‘You’re going to have to make yourself cry if you want to be an actress.’ So I turned my head away, and when I turned it back I was in floods of tears.”

“I remember taking my mom and dad to the premiere of ‘The Inbetweeners Movie’ and being really nervous. My mom was like, ‘Laura, don’t worry: I’ve watched all of the first series of the TV show, so I understand what this is going to be like.”