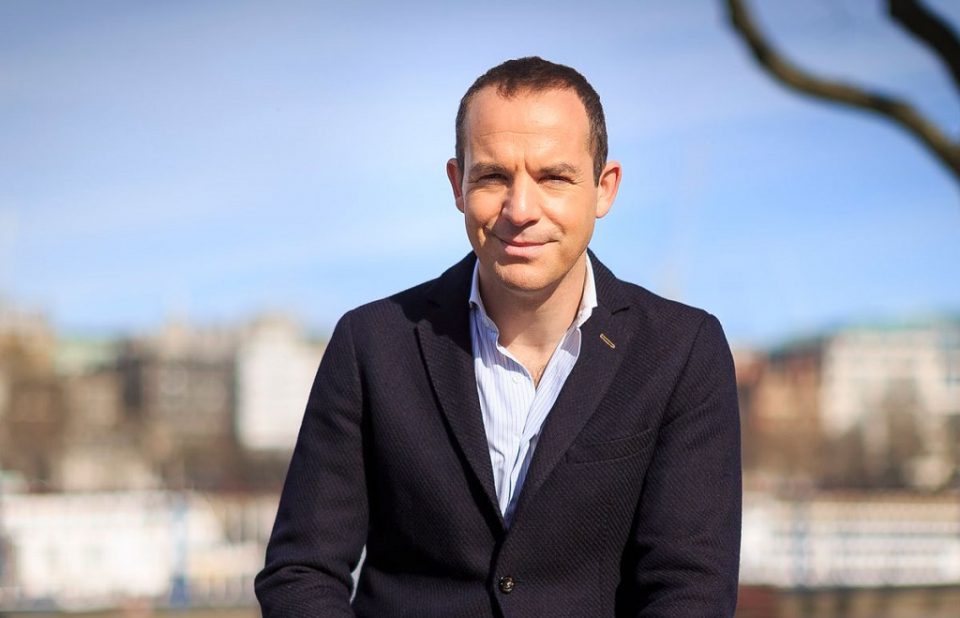 Martin Lewis OBE from MoneySavingExper.com is an award-winning campaigning journalist, TV and radio presenter, newspaper columnist, charity founder, author and according to Google, the UK’s most google searched!

Born in Manchester in 1972, the finance journalist grew up in Cheshire’s Delamere Forest and now lives in London with his wife, BBC Click presenter Lara Lewington, and six-year-old daughter Sapphire.

He founded the website MoneySavingExpert.com in his living room in 2003 for £100. Focusing on how to cut bills without cutting back, it soon saw explosive growth. This was one of the UK’s biggest consumer sites, and it now has over 16 million monthly users and more than 13 million subscribed to receive the weekly MSE Money Tips email.

4 years ago, he moved from Editor-in-Chief to a new role as MSE’s Executive Chair, overseeing the site, focusing on journalism and content quality, ethics, strategy and creativity.

A young Martin Lewis first moved to London from Cheshire, aged 19, to study Government and Law at the LSE, where he spent time dabbling in student politics, then a year as general secretary (president) of the students’ union – where he also was chosen as a UK representative at the UN World Youth Leaders’ conference in Seoul, South Korea.

After his graduation, he began work ‘for the other side’ as a City spin doctor in financial public relations, and dipped his feet in stand-up comedy in his spare time to “relieve the tedium”.

He later returned to university – chasing a practical postgraduate diploma in broadcast journalism at Cardiff University which led to a staff job in the BBC’s Business Unit. There he worked on personal finance and business programmes.

He spent time as a business editor at Radio 4’s Today programme, and later reported for BBC One, BBC Radio 4 and BBC Radio 5 Live. Martin left the BBC on 31 December 1999, to go to a small, now-defunct digital television channel called Simply Money, where he first became the ‘Money Saving Expert’.

In September 2020, Martin started the tenth series of his prime time ITV current affairs programme “The Martin Lewis Money Show”. This year the series has gone live on the back of the popularity of his 15 weekly live Coronavirus specials during lockdown.  Earlier series were recorded at roadshows across the country, with up to date filming done just before transmission, so all the information was contemporaneous. These series consistently rated as the UK’s most watched current affairs show.

For over 15 years Martin has appeared as the resident expert, with multiple weekly slots, on ITV’s daytime money shows Good Morning Britain, This Morning and Lorraine. Though since his own show went live each week he has cut back on the number of appearances. He also appears each Monday at 12:20pm for 40 minutes on BBC Radio 5 Live’s Ask Martin.  He has occasional columns in the Sunday Mirror, the FT and Telegraph and a syndicated column published by over 50 regional newspapers and magazines.

Martin is the founder, financier and chair of the Money and Mental Health Policy Institute.

The institute was established in 2016 to research, lobby and innovate policies to try to stop the toxic relationship between mental health issues and debt.

He’s often called for advice on meetings with ministers to offer select committee evidence on a wide range of topics.  Martin Lewis’s life lecture on BBC One’s The One Show aired on 3 January 2017… As in the founding of MMHPI, Martin tends to focus on projects which he has an active connection to, and likes to work with charities he’s donating to, unsurprisingly to ensure maximum bang for his buck.

The cash inflow usually comes from the Martin Lewis Charity Fund which he set up in 2012 when MSE joined the MoneySupermarket group – an original donation of £10m, has become nearly £20m in total now.  Projects include…. Other charity associations and work including the John Schofield Trust, Alzheimer’s Society, Mind and more. Martin was appointed OBE in the Queen’s Birthday Honours list in June 2014 for services to consumer rights and charity.

Before the EU referendum, many voters named Martin as the UK’s most trusted voice, and by the end of the campaign he was the only person still trusted by people of both sides.

The financial journalist is very much credited as the “big gob in chief” behind campaigns to reclaim bank charges, PPI and council tax. Over 10 million of his template letters have been downloaded and possibly (it’s tough to calculate) over £10 billion repaid. In 2014, he was the linchpin of the successful campaign to get financial education onto the national curriculum and still works with the All Party Parliamentary Group, pushing to improve provision.

In 2018 Martin helped with finances for the UK’s first curriculum that taught financial education textbook, via the Young Money charity and a whopping 340,000 copies distributed to every English state school (100 copies each) and it is also available as a free PDF download. Unflinching from controversy, as the former head of the Independent Taskforce on Student Finance Information he’s berated the Government over retrospective student loan hikes, and pushed the plight of mortgage prisoners.

In 2018, he launched a campaigning lawsuit against Facebook to stop it publishing 1,000s of fake scam ads which target vulnerable people. To settle the case Facebook agreed to donate £3 million to set up the new Citizens Advice Scams Action project and to add a ‘scam ads’ reporting button to Facebook UK (the first of its kind in the world).

His How to vote in the EU referendum guide was read over one million times.

He has been awarded the Beacon Philanthropy Fellowship and is in what may be a unique position of having hit the triple whammy of the Sunday Times Rich List, appearing in the charity giving list, the alternative rich list and the main rich list.

He appeared in the new media section of the UK’s 500 most influential people 2015 and the charity section of the 500 most influential people 2014. In 2020, his ITV ‘Martin Lewis Money Show’ won the TV Choice public vote for Best Lifestyle show. He’s also been Consumer Journalist of the Year, Trading Standards National Consumer Hero, Business Journalist of the Year and Citizens Advice Consumer Champion.

Martin is a member of the Financial Inclusion Policy Forum, an emeritus governor of his former university, the London School of Economics (LSE), has an honorary fellowship in journalism from the Cardiff University School of Journalism (where he studied his journalism postgraduate) and has honorary doctorates from the Open University, Chester University and Leeds Beckett.

Martin’s main book, written earlier in his career, The Money Diet, twice topped the Amazon bestsellers list. The successful author is also editor of Thrifty Ways, a book written of the wisdom of the MSE forums, and Three Lessons.

Martin is an athletics stats nerd, and always wanted to be a commentator as a teenager. In 2016, he fulfilled a lifelong ambition and started in-field presenting at major athletics events including the Olympic trials and the London Anniversary Games, culminating in the London World Athletics Championships 2017 – where he got to run the 100m in front of 60,000 fans just before Usain Bolt (though in a slightly slower time).

He was a Celebrity Mastermind champion in 2012, won £150,000 on Celebrity Millionaire (which was donated to Citizens Advice) and captained the LSE team (which tragically lost on a tie-break) in Celebrity University Challenge 2015. Back in 2009 he even had his own one-man West End show, MoneySaving Live, and a featuring credit in a Top 40 chart hit, I Fought The Lloyds.

13. Not only commentary, he also enjoys spreadsheets and golf:

In his spare time, the financial advisor used to do a bit of rock n’ roll-esque dancing (before the knees struggled). He is a fan of Manchester City, and The Big Bang Theory TV show!