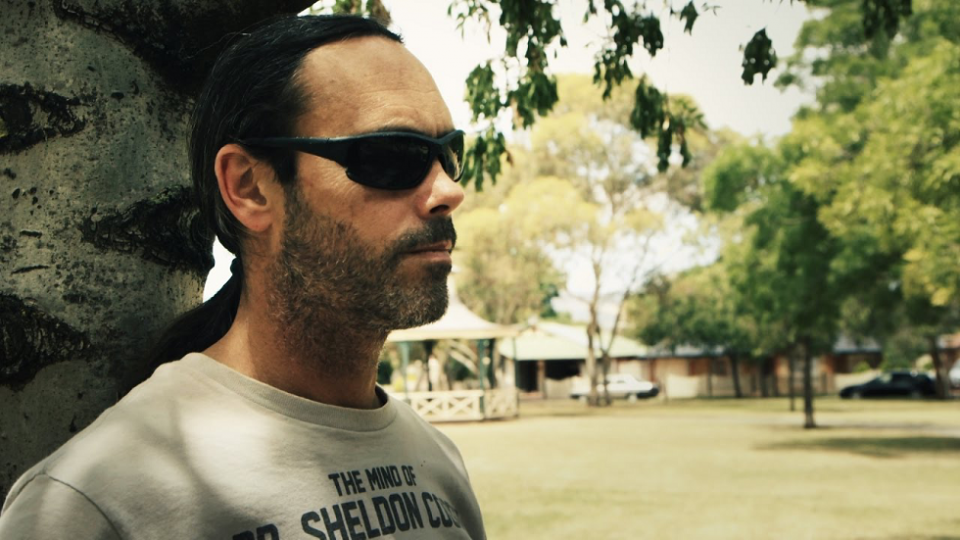 On 25 December 1997, TV presenter and actress Nadia Sawalha‘s first husband Justin Mildwater committed suicide. They had been married for five years, but had split up a few months before and the breakup was too much for Justin to handle. After his death in 1997, Nadia struggled to deal with her grief and later admitted: “There was a lot of drink and a lot of late nights.”

Why Did Justin Mildwater Commit Suicide?

Who was Justin Mildwater?

Justin Mildwater was a record producer. He took his life on Christmas day in 1997 at the age of just 31. He was married to Nadia Sawalha who is a host on Loose Women.

In 2019, when the panelists were speaking on their lives before joining the panel, 54-year-old Nadia was asked about her first husband Justin Mildwater.

While talking about her loss, Nadia was forced to stop mid sentence as she became visibly emotional.

Nadia confessed: “I had a real tragedy while I was there [on EastEnders], my first husband died and it was a truly, truly awful time for everybody. I had to carry on working, I was in the

middle of a very big storyline.

“That was really hard because when somebody dies, so many people have an idea of how you should behave and how you should be. I remember just saying, ‘Can someone give me the book on what I’m supposed to be doing?'”

How did Justin Mildwater and Nadia Sawalha meet?

Nadia met her husband through actor Dexter Fletcher, her sister Julia’s ex-lover. “As soon as I saw him I thought, ‘Yes please’,” she said in one interview. “He was so beautiful.”

They married in a Bedouin style ceremony in the Jordanian village of Madaba.

She was obviously still madly in love with Justin when she recalled the ceremony earlier this year.

She said: “My father comes from a family there, so we had the Bedouin tent outside and all the village came.

“We had the drums and the kebabs. My family came from London. It was just family there. It was so much cheaper to have it there too.

“It was really funny because over there they throw rice instead of confetti.

“My husband’s a great dancer…and a great sweater! They threw all this rice at you and when we got back to the hotel, we found boiled rice in his pockets, down his shirt.

“It was so hot. It was a freak August. It was absolutely boiling. We thought maybe that might be a good sign for the future – that he could boil rice just with his body.

“I wore off-white, off the shoulder with a sort of fan-tail thing. “There were about 100 guests. There was lots of dancing and singing and eating.

“I got lifted up on a chair, hurled around the room. I fell off, but I was all right. Julia was there, but she didn’t want to be a bridesmaid.”

When asked about children Nadia said: “In the future, yeah, but not now. We’re too busy and having too much fun.”

What led to Justin Mildwater’s suicide?

Ex-Eastenders star Nadia Sawalha’s life would never be the same after her first husband was found hanged in their cottage.

Nadia struggled for several years to earn a decent living – even working as a pizza waitress before making her major breakthrough six months ago when she landed her job on EastEnders. All of Nadia’s family were delighted, especially her husband Justin. But as her character in the show became more involved in big storylines, Nadia’s workload increased enormously and the pressures of TV stardom drove a wedge in their marriage which finally led to her walking out.

Justin, who made records in a studio attached to their house, told friends he was “totally shattered” at her decision to leave and was convinced their four-year marriage would end in divorce.

He told friends: “It’s hopeless, we’re growing apart. I don’t think she’s coming back to me.”

But his father-in-law Nadim believed it was only a temporary split and that there were hopes of a reconciliation.

These hopes were given a boost amid rumours that a series of strong EastEnders storylines could lead to Nadia leaving the soap.

Nadia, who was then playing Albert Square man-eater Annie Palmer, had left her husband Justin Mildwater about four weeks before his suicide with friends blaming the long hours she was working on the hit show.

Justin, who was only 31 at the time, couldn’t come to terms with the break-up. Only a couple of weeks before his suicide, Nadia, 30 who was turned up in tears on the set saying: “Justin has tried to kill himself.”

A friend added: “Justin was taking the break up very badly. He still loved Nadia very much but things had been going wrong between them for a while.

“He was really down after she moved out and was finding it hard to cope. He even talked about seeking help.

“He thought that talking to a counsellor might help him come to terms with the situation, but I don’t know whether he ever did.”

The tragedy was discovered after Justin’s family became alarmed when they had not heard from him over Christmas .

His brother Lucien finally went round to Justin’s home on Boxing Day and discovered the body after breaking in.

Neighbours said they heard the sound of an ear-piercing scream on Boxing Day lunchtime when Lucien apparently discovered his brother’s body.

Vitali Vitalive said: “At first we thought someone had caught a burglar because there was a break-in at the house next door last week.

“Then when I looked out the window I saw two policemen holding a man, as if they were restraining him.

“Later two police cars and a white van turned up and the body was removed in a coffin.” A spokesman at Scotland Yard said: “The body of a man was found at a house in Pages Lane, Muswell Hill, at 12.50pm on Boxing Day and a doctor pronounced him dead at 1.38pm.

“We can confirm he was Justin Mildwater aged 31. There are no suspicious circumstances.”