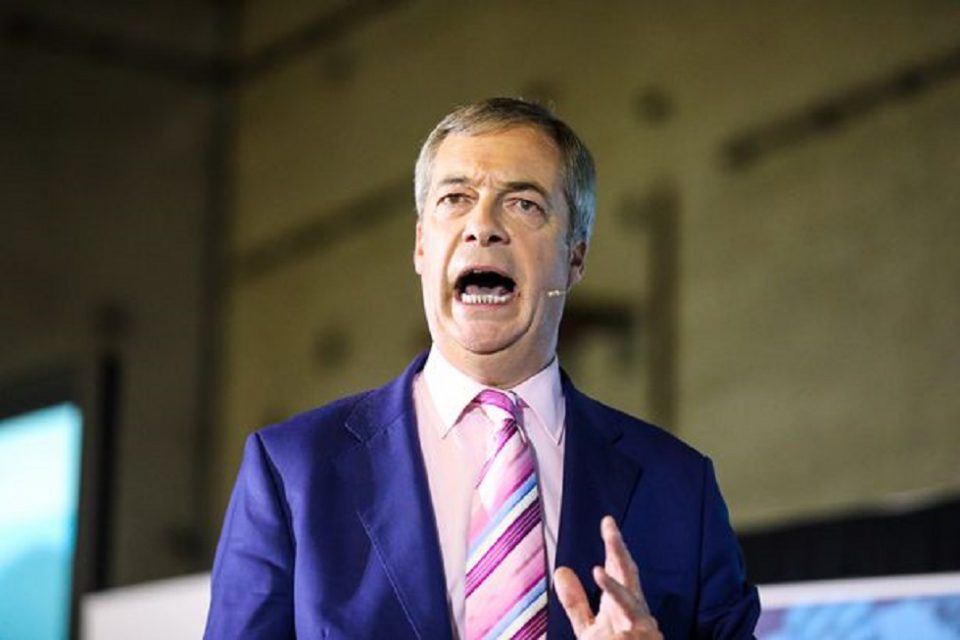 From losing seven attempts at becoming an MP to computer illiteracy, Nigel Farage has entertained us all. He was born as Nigel Paul Farage in 1964 and went on to become a member of the European Parliament from 1999 to 2020. The British politician led the populist libertarian United Kingdom Independence Party (UKIP) from 2006 to 2009 and again from 2010 to 2016. He rose to fame in 2019 when he launched the Brexit Party. We’ve gathered these about Farage that will help you understand the politician better.

1. He Campaigned For Brexit And Won

It’s safe to say that Brexit was Farage’s dream of a lifetime. Ever since he founded Ukip in 1992 in protest at Europe’s Maastricht treaty, the Former Member of the European Parliament has been obsessed with taking Britain outside of the EU.

David Cameron, the former PM who quit after the Brexit vote, famously dismissed Farage and UKIP as a group of “fruitcakes, loonies and closet racists.” However, they had the last laugh with the referendum.

Farage avenged himself against all of those who had written him off in a rather triumphant speech at the European Parliament. He famously said:

“Isn’t it funny? When I came here 17 years ago and I said that I wanted to lead a campaign to get Britain out of the European Union, you all laughed at me. Well, I have to say, you’re not laughing now, are you?”

2. He Called The Day Of The Referendum ‘Independence Day For UK’

As votes were still being counted in the referendum,  The British politician grew

visibly ecstatic and told supporters that “dawn is breaking on an independent United Kingdom.” He also made a statement that 23 June should go down as “independence day.”

3. He Quit, Saying He Wants His Life Back

Farage revealed his human side in his resignation speech as leader of the UKIP party. He said: “During the referendum, I said I wanted my country back … now I want my life back.”

However, his party is still unable to find a successor and, as a result, Farage is still a Ukip leader, though in the interim.

He offered to help May get to know Trump

Farage offered to assist Theresa May to get to know Trump and help build bridges with the new U.S. administration. However, the prime minister rebutted his proposal with a strong statement:

“The president-elect talked about enjoying the same close relationship that Reagan and Thatcher did. I don’t remember there being a third person in that relationship,” May’s official spokeswoman said.

In February 2015, Farage addressed a gathering of American rightwingers in Washington DC. His words drew an impressive crowd of 250 people in a hall built to accommodate 5,000.

That prompted him to work for Trump saying: “If he did offer me a job I would quite like to be his ambassador to the European Union. I think I would do that job very well,” Farage told ITV1, in reference to Trump.

He even defended Trump’s lewd comments about women

In a comment to Sky News after the second presidential debate, Farage praised Donald Trump’s performance with an animal comparison.

“I thought he was like a big silverback gorilla prowling the studio,” Farage said.

“He took control. He dominated Hillary Clinton. She was very much on the back foot all evening.” Earlier,  The British politician defended Trump’s lewd comments about women, stating they were no more than “alpha male boasting.”

He compared Brexit to Trump’s victory

During election night,  The British politician compared Trump’s victory in the key swing state of Florida to Sunderlands voting for Brexit.

Sixty-one percent of voters in Sunderland opted to leave the EU in what was considered as a pivotal moment for the night of the EU referendum results. The Leave campaign was expected to win the north east city by a small margin.

Across the pond in the U.S., Trump won in Florida despite polls predicting a Clinton victory due to the state’s large Latino population.

When Nigel visits his local pub, the George & Dragon in Downe, near Bromley, he often sits by a sign reading ‘Be Nice Or Leave’.

Interestingly, in May 2013 Nigel had to be rescued from an Edinburgh pub after a group of 50 protesters blocked his exit while singing ‘Nigel you’re a bawbag, na-na, na-na.’

The British politician spent 11 months in plaster after being run over outside Orpington Station in 1985. He’d been in a local pub for most of the afternoon, ‘debating the Anglo-Irish Agreement.’  Nigel’s A&E notes after the accident read ‘lucid but aggressive’.

The British politician came under fire in a radio interview with LBC’s James O’Brien. Among the other things, Farage was rattled in trying to defend his claims that he would feel uncomfortable if a group of eastern Europeans decided to live next door. He later backtracked.

Interestingly, the man blamed the infamous 2014 interview in which he said people would be concerned if Romanians moved in next door on being ‘completely tired out.’

He suggested migrants with HIV should be excluded from the country

In an interview with Newsweek Europe, The UKIP leader was asked what sort of people should be allowed to migrate to Britain. He said: “People who do not have HIV, to be frank. That’s a good start. And people with a skill.”

“If you come from Eastern Europe, all you have to do is to get a national insurance number – which you can get easily within a fortnight – and then you qualify automatically for social housing’. In fact, no-one qualifies automatically for social housing and only the employed can get on the list, while obtaining a national insurance number takes months rather than weeks.

His concept of foreign aid

Nigel shared a flat in Brussels with former UKIP MEP Godfrey Bloom, who in 2013 questioned the concept of foreign aid by saying ‘how we can possibly be giving £1bn a month, when we’re in this sort of debt, to Bongo Bongo Land is completely beyond me.’

His thoughts on open-door immigration

When the British politician turned up two hours late to a meet-the-leader UKIP event in Wales in December 2014, he blamed ‘open-door immigration’ for the fact that the M4 is ‘not as navigable as it used to be’.

The British politician’s german wife Kirsten says he once wooed her with the football song ‘Two World Wars And One World Cup’.

Nigel Farage’s wife said in 2014 that he was virtually computer or tech illiterate. ‘He can send and receive texts and that’s it… He can scroll up and down, he has learned that – but that is pretty much it. He honestly doesn’t know how to [use a computer] and he has missed the boat, I don’t think he ever will now.’

Born on April 3, 1964, the British politician is younger than Johnny Depp and Brad Pitt.

Farage has denied claims that while a schoolboy at Dulwich College, he and a group of fellow Army cadets ‘marched through a quiet Sussex village very late at night shouting Hitler Youth songs’.

At a 1981 meeting to select Dulwich College prefects, one teacher remarked that young Farage was ‘a fascist, but perhaps that was no reason why he would not make a good prefect’.

The future UKIP leader was nearly kicked out at school for drinking whisky. He later wrote of the moments awaiting his punishment: ‘My arse twitched. My genitals bunched.’

In 2014, The British politician was alleged to have formed a very close friendship with his former press aide Annabelle Fuller. She said they had bonded when she advised him to always drink a glass of water with his breakfast kippers. As things further progressed, it is alleged on their first night of passion Farage had slipped into bed ‘wearing a white T-shirt and white Y-fronts’ before whispering ‘that my arse had looked amazing in the moonlight’. Eventually, he told her to say nothing of their affair ‘to save Brexit’.

In 2006, the News of the World reported the claims of a Latvian woman who claimed Farage had picked her up in a pub in Biggin Hill and made love to her seven times in one night before falling asleep and ‘snoring like a horse’.

Farage has claimed up to £15,000 a day from the European Parliament for bodyguards. The British politician spent £58,000 of EU money on security for five events, including one at a darts arena in Essex which had no protesters whatsoever.

In 2014 Farage was accused of taking £15,400 from the EU to pay for his constituency office, despite the fact that it had been given to him rent-free by an admirer.

The same year Farage claimed: ‘I don’t think I know anyone in politics who’s as poor as we are. We live in a small, semi-detached house. A small semi-detached cottage in the country and I can barely afford to live there.’ Nigel earns €100,000 per year as an MEP, collects another €300 per day as a living allowance, gets free first-class travel on top and until recently charged the EU another £27,000 per year to pay for his secretary, who happened to be his wife. His small semi in the country is worth over £550,000, and all four of his children have attended fee-paying schools.

He said some infamous words about the former European Council president and rose to notoriety in February 2010.

He publicly insulted new EU president Herman Van Rompuy, saying he had the appearance of a low-grade bank clerk and the charisma of a damp rag. “I don’t want to be rude … Who are you? I’d never heard of you, nobody in Europe had ever heard of you,” he said.

The video clip of Farage’s speech has been viewed 1.4 million times on YouTube.

11. Other Funny and Interesting Facts about Nigel Farage

13 Most Expensive Mushrooms: Can You Afford To Buy These in 2021?