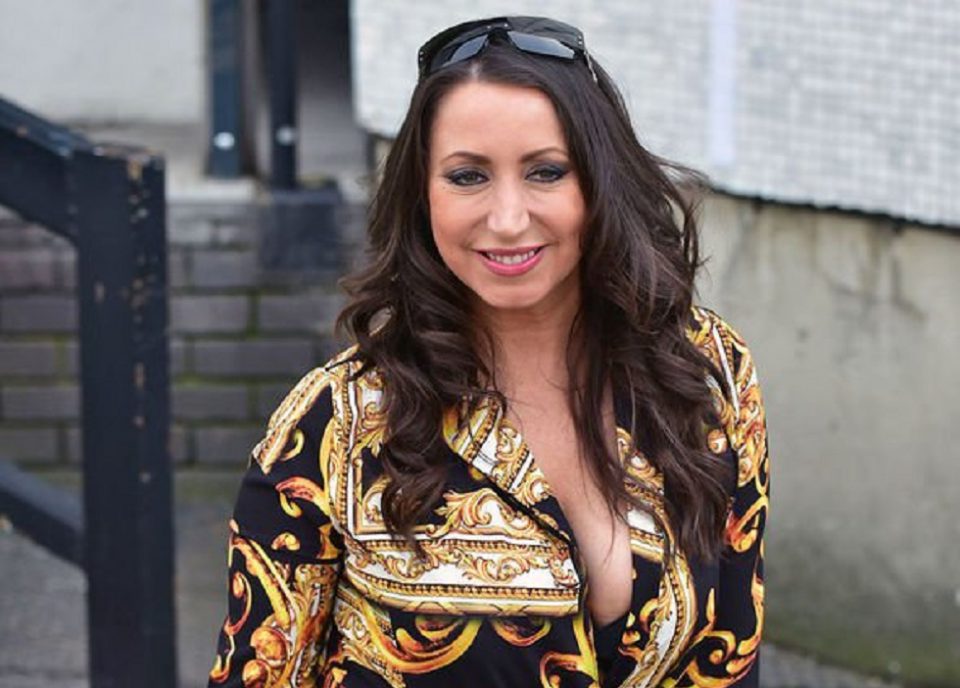 When the former Coronation Street star, Paula Williamson was found dead in bed next to two bags of “white powder”, she was just 38 years old. By then she had already dated two prolific criminals, become a huge actress and also an alcoholic. Here’s what we’ve dug up about Paula Williamson:

Actress Paula appeared in Coronation Street three times between 2008 and 2012 as an unnamed nurse.

Paula has also starred in TV shows including Hollyoaks where she played a doctor, Scott & Bailey and in Emmerdale where she played a stripper. She has also appeared in two episodes of Appropriate Adult in 2008, playing Kirsty Stephens. Paula Williamson graduated from the Manchester Metropolitan University School of Theatre in 2005.

Despite her acting career, Paula is most famous for starting her relationship with Charles Bronson. But many don’t know that she also exchanged a series of letters and gifts with the late killer paedophile Ian Brady. A request for her to visit him at high-security psychiatric facility Ashworth Hospital was declined. A friend said: “The fact she targeted Brady before has led some to wonder what her motivation is. She seems to be working her way through a list of the most dangerous men in the country.”

On Valentine’s Day 2017, Paula accepted the proposal of her boyfriend of five months, prisoner Charles Bronson, and the pair tied the knot. Paula was given permission to marry jailed criminal Charles Bronson in a service that took place on November 14, 2017 inside the prison.

Paula described the prison ceremony as being like ‘any other wedding’. She was bundled into Wakefield jail under a purple cloak after a bizarre procession through the town led by a Bronson lookalike and a woman on a mobility scooter. Charles was handcuffed to a warder for the strictly controlled two-hour ceremony witnessed by just five guests. A reception was held at a local hotel, but Williamson headed to Malta without her new husband as he was led back to his cell after the ceremony.

Later, Charles filed for divorce in July 2018 after he discovered a photo in Tenerife of Paula with another man, leading him to believe that she had been unfaithful, which Paula denied.

Before her death, it was revealed that Paula wanted to divorce Charles after he sent her a seedy catsuit to wear on her next visit. The actress was reportedly mad that Bronson sent his wife the revealing outfit to make fellow inmates at HMP Woodhill in Milton Keynes jealous. In 2018, the couple fell out when a man buried his head in Paula’s breasts on a wild night out in Tenerife which was a gay bar. When pictures were leaked to a newspaper of a man with his head between Paula’s chest while she was at a gay bar on holiday, Bronson flew into a rage and claimed she had “disrespected him” and demanded a divorce.

In a statement he gave to Loose Women, he said Paula would be dead in two years if she didn’t get help for her drink and drug problem. He also justified the divorce by saying:

“I can’t accept that kind of behaviour from somebody supposed to be my wife. She also has a drink and prescription drug problem, which makes her do crazy things. I can’t be involved with somebody like that. I absolutely abhor alcohol and drugs.

“She needs to get help. I’ll miss her but she needs to sort herself out or she will be dead in two years.”

And sadly, it seems he was correct, the Midlands actress was found dead in Stoke-on-Trent at the age of just 38.

Paula Williamson Cause of Death

Paula Williamson’s cause of death is yet to be announced but it might be a case of a drug overdose. The actress was found dead at a house in Sneyd Green on July 29, 2019. Her lifeless body was discovered “on top of a bed of cocaine and tablets” by her new lover. The medics pronounced her dead at 7 am.

“We sent two ambulances to the scene. On arrival we discovered one patient, a woman, but it quickly became apparent that she couldn’t be saved and she was confirmed dead at the scene.”

A Staffs Police spokesperson said: “A woman from Stoke-on-Trent who was found dead this morning (29 July) has been named as Paula Williamson, aged 38. Next of kin have been informed. The family have asked for their right to privacy to allow them to grieve at this difficult time.”

According to The Sun: “She had only been with her new boyfriend for a couple of weeks when he found her.

“It didn’t seem like she had been mourning her marriage but the timing suggests she was hiding how she felt. She had put on quite a bit of weight recently and was enjoying her booze.”

According to Chrissy Green, who she became close friends within rehab last year, has revealed her haunting final message. Chrissy told The Sun : “I got a very touching message.

“She said if she was dying she would like me to be by her bedside and hear my no-nonsense, fun voice. I wish I could have fulfilled that wish for her.

Chrissy added: “When you are an addict, death is your number one thing on your mind because you never know when you are going to wake up. That is the way we deal with things. And that is the honesty she liked from me. When you are in full addiction you are around addicts a lot and you see them drop like flies.”

Paula drew up a will before her death after telling her heartbroken mum Hazel she would inevitably die young. In it she wrote she wanted an open casket at her funeral and for her coffin to be taken to the crematorium in a horse-drawn carriage.

In a typically flamboyant move she stipulated that the horses must be black with pink plumes attached to their reins. Her spokesman said: “A post-mortem has been conducted on her body and it has now been released to her family for her funeral.

“It will take place at the Carmountside Crematorium in Stoke on what would have been her 39th birthday. “She wanted an open casket. We are trying to honour her wishes but are in discussions with the funeral directors about that.

“The funeral itself will be as flamboyant as her life was. She had many ups and downs but we’ll be there to celebrate her life.” Mourners will be asked to wear black with a splash of pink, he added.

Actress Paula Williamson was born in the 1980s and would go on to become a recognized actress in Coronation Street in May 2008, June 2011 and May 2012 as an unnamed Nurse at Weatherfield General.

After graduating from Manchester Metropolitan University School of Theatre in 2005, she has been credited for on-screen roles in Emmerdale, The Royal Today, Appropriate Adult, Hollyoaks and Scott & Bailey, along with the short films Autumn Heart, Ben Trolley and Hit and Run.

If you were to take a look at her stage performances, she has appeared in theatre productions of The Rivals, A Laughing Matter, A Winter’s Tale, Breezeblock Park, A Chorus of Disapproval and The Cabaret of Ida Bucket.