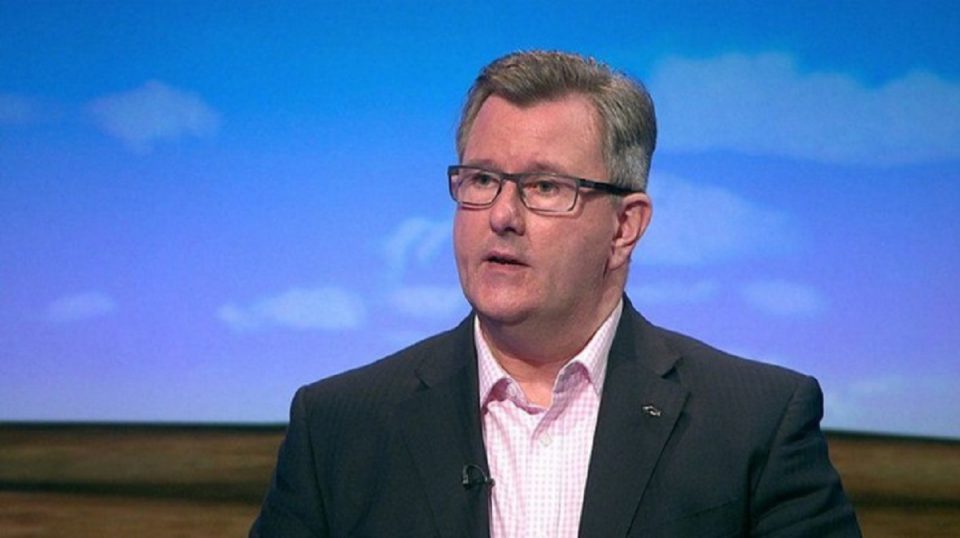 There were several months of unrest within the ranks of the Democratic Unionist Party, veteran MP Jeffrey Donaldson finally emerged as the leader of the party. However, he won because of an absence of opposition. Let’s find out more about this veteran Irish MP.

Jeffrey Donaldson: All You Need to Know

How did Jeffrey Donaldson become the leader of the DUP?

Why did Edwin Poots step down from his post after beating Jeffrey Donaldson?

When Edwin Poots refused to mention Jeffrey Donaldson in his victory speech, a lot of DUP members believed that it was a sign that Poots was incapable of bridging the gap that had grown within the DUP.  Jeffrey Donaldson was present with three other MPs for an important Stormont meeting. This meeting was held for key DUP MLAs once Edwin Poots nominated his closest ally, Paul Givan, for the Prime Ministerial post. This happened after the Irish Language Laws stalemate finally ended.

What did Jeffrey Donaldson say to the other leaders of the United Kingdom?

Democratic unionist leader Jeffrey Donaldson has said it is “time” for Dublin, London and Brussels to “start listening” after he threatened to topple power-sharing institutions in a few weeks if the Northern Ireland Protocol is not removed.

Jeffrey Donaldson also decided to withdraw from all the UK political institutions that were established as a result of the Good Friday Agreement. He said that the protocol was hurting Northern Ireland much more than it was helping the country.

What did Jeffrey Donaldson say about the Belfast Accord?

This protocol was a part of Brexit. As per the accord, even after Great Britain voted to leave the EU, Northern Ireland continued to stay aligned with the EU’s single market for goods to ensure free trade across the border. This has resulted in some products having extra controls.

What did Jeffrey Donaldson say about Northern Ireland’s relation with the rest of the UK?

Jeffrey Donaldson recently said that he wanted “good neighborly relations between North and South, but they must be based on mutual respect.”

He went on to add:

“Imagine the EU telling the people of Dublin that they must place a customs border between themselves and the rest of the country in a kind of ‘Pale’ of the 21st century. Every time they order from Amazon, the price of their package inflates due to additional customs paperwork. It would not be tolerated.”

“Similarly, the people of Northern Ireland, not just trade unionists, should not have to tolerate a border in the Irish Sea between one part of the UK and another, which increases prices and reduces options. Trade unionism will no longer tolerate the implementation of the protocol, as it was damaging Northern Ireland both constitutionally and economically and costing Northern Ireland’s economy £ 850 million”. € 995m per year ”.

“I have outlined a timeline of weeks before we must let the people of Northern Ireland have their say in the elections. People are fed up with the protocol and it is time for London, Dublin and Brussels to start listening. “

I have not heard a viable alternative to what I have put forward, and the reality is that the (power sharing) strategy that we adopted in May has failed.

The Orange Order deserves a world of credit for putting peace above principled self-interests today. But unfortunately, our gesture has been thrown back in our faces.

The witnesses have been appointed by the IRA. It does diminish the credibility of whatever is going to happen tomorrow.

I think Sinn Fein’s participation in the talks is over, … But the process, the talks must continue. We cannot allow a minority who are committed to terrorism to dictate to the majority who want to see peace, who want to see democratic advancement in Northern Ireland.

Charlie Flanagan said this about the current scenario surrounding Northern Ireland’s relations with the EU and Jeffrey Donaldson’s role in it: “The EU and Dublin are listening and will continue to engage. Stormont’s collapse will only deepen the crisis. The EU has recognized that there are problems in the supply chain between Great Britain and Northern Ireland and will continue to explore solutions to these problems. The Northern Ireland Executive can be at the center of problem solving rather than walking away. Jeffrey Donaldson has a real opportunity to lead the executive so that his voice is heard, which is far more preferable than tearing down the house.”