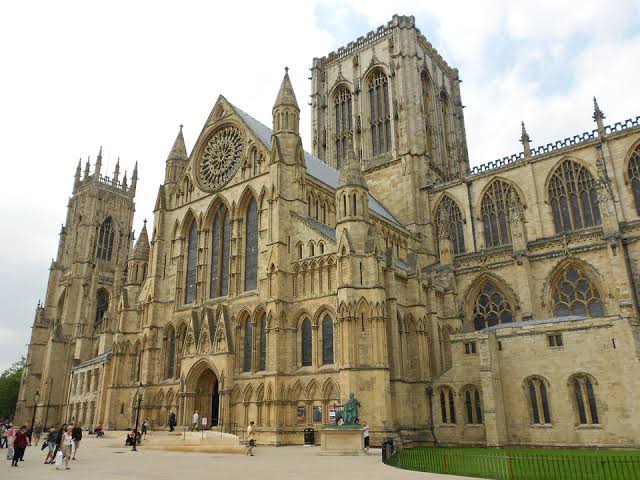 The grand organ’s 30 pipes date from the early part of the 19th century. They were constructed when a new organ was built after the old one was destroyed in a church arson attack. The pipes have stayed silent for over the last 100 years though.

When the “once-in-a-century” refurbishment is complete, 70 pipes of the grand organ will be restored and it will be back in ‘musical use’.

Big news today – we are giving YOU the chance to own one of the pipes from our Grand Organ.

Sadly beyond economical repair, 30 pipes dating back over 150 years are starting from as little as £20 with all money going into the #Organ100 project

The grand organ’s case has had pipes around it since 1832 and the initial attempt was to repair and refurbish all of them. However, 30 pipes were found to be in a state which was beyond repair. The only thing that could be done was replace them with new ones.

The 20 ton organ, along with its 5,043 pipes has been removed from the minster for the repair work. The refurbishment process will include replacement of the organ’s mechanism and general intensive cleaning.

70 pipes are undergoing restoration in a chapel at the minster. Graining and marbling specialists are working hard at it. The restored pipes will also feature distinctive gold, green, red, and cream decorations of the original.

The grand organ will return to the minster early next year and will be back in use by autumn of 2020.

Neil Sanderson, director of the York Minster Fund, said: “The auction is a once-in-a-generation opportunity to own a piece of York Minster’s musical heritage, while supporting the future of organ music at the cathedral throughout the 21st century and beyond.

Although, where possible, we have tried to retain and refurbish the instrument’s original features, unfortunately around 30% of the case pipes were beyond economic repair.

Three of these pipes will be kept in our historic collection as a record of the instrument but the remaining 30 are being offered for auction to raise funds towards the once-a-century refurbishment project.”

The auction of the pipes runs until September 27th.