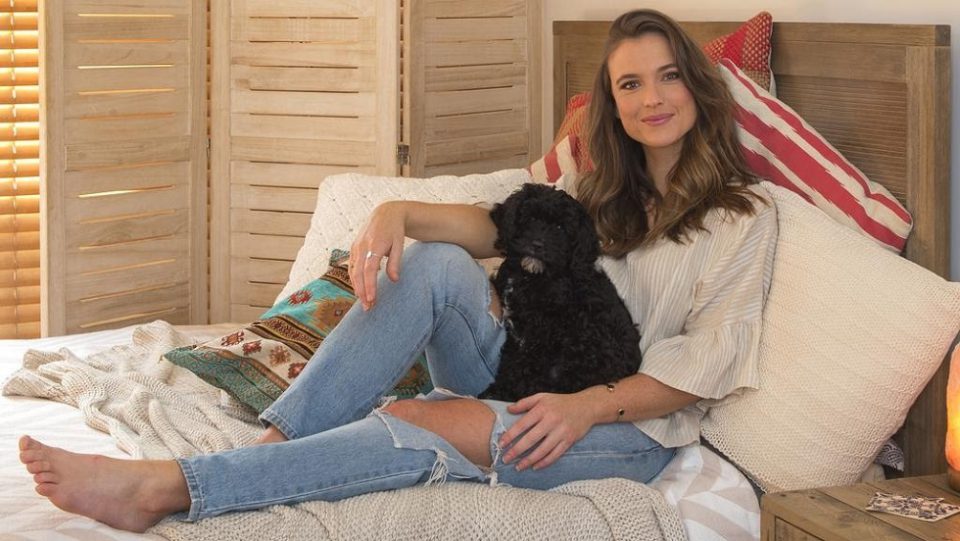 Zoe Cramond is an actress hailing from New Zealand. After completing her performing arts course from the Unitec Institute of technology, Zoe Cramond went on to appear in several tv commercials and theatre productions. She became somewhat famous for her appearances in Outrageous Fortune and Shortland Street. However, she chose to give up on acting and decided to pursue graphic design instead. After a brief hiatus, Zoe Cramond returned to the world of acting being cast in the television film Panic at Rock Island and the comedy-drama series Go Girls.

Her return into acting kept on going strong and she was cast as Emma Mackey in the comedy-drama Packed to the Rafters. That was Zoe Cramond’s first major role. For filming the show, Zoe Cramond had to relocate to Sydney, Australia. Zoe Cramond also participated in the 12th Season of Dancing with the Stars in 2012. She finished in third place along with her partner Aric Yegudkin. Zoe Cramond also had a guest appearance in Fat Tony & Co. in 2013. Her most famous role came in 2015 when she was cast to play Amy Williams in the long running Australian soap opera, Neighbours. Let’s find out more about her.

Zoe Cramond: All You Need to Know

When was Zoe Cramond born?

Zoe Cramond was born on October 8th, 1984 in Papamoa, New Zealand. Her parents are both artists, who encouraged her to partake in community theatre, ballet and contemporary dance.

Where did Zoe Cramond study?

Yes, Zoe Cramond is a keen surfer. She learned how to surf at Waihi Beach from the age of 14.

After graduating from Unitec Institute of Technology, Zoe Cramond worked for an underground music station and appeared in several theatre productions and television commercials. She made guest appearances in Outrageous Fortune (2008) and Shortland Street (2009). After struggling to find acting work, Cramond quit to study graphic design. A week later she learned that she had been cast in the television film Panic at Rock Island and had an audition for the New Zealand comedy-drama Go Girls. Cramond joined Go Girls as Amanda, a love interest and eventual wife of main character Kevin (Jay Ryan).

Packed to the Rafters

Zoe Cramond was cast to play the role of Emma Mackey during the fourth season of the hit comedy-drama show Packed to the Rafters. Zoe Cramond moved from New Zealand to Sydney, Australia for filming the show. Her character, Emma, was introduced to the show as a potential love interest for Ben Rafter (played by Hugh Sheridan). Zoe Cramond stayed with the show till it was cancelled in 2013.

Dancing with the Stars

In 2012, Cramond competed in the 12th Season of Dancing with the Stars. She was partnered with Russian dancer Aric Yegudkin and represented the Spinal Cord Injury Network. Zoe Cramond suffered a serious injury during one of her dance routines, cracking four of her ribs in the process. However, she continued to participate in the competition. Despite being the pre-season favourites, Zoe Cramond and Aric Yegudkin could only muster up third place.

Who plays Amy Williams in Neighbours?

The role of Amy Williams is played by Kiwi actress Zoe Cramond on Neighbours.

Zoe Cramond joined the cast of Neighbours in 2015. She was cast to play the role of series regular Amy Williams. The last episode featuring Zoe Cramond as Amy Williams aired on January 1st, 2020.

Why did Amy leave Neighbours?

Zoe Cromond’s character Amy Williams’ exit was caused by the ending of her relationship with Kyle and she told him that she needed a fresh start. Speaking on her departure, series producer Jason Herbison explained: “2019 was a turbulent year for Amy and she ultimately makes the right decision for herself.

Best Things to Do in Finland