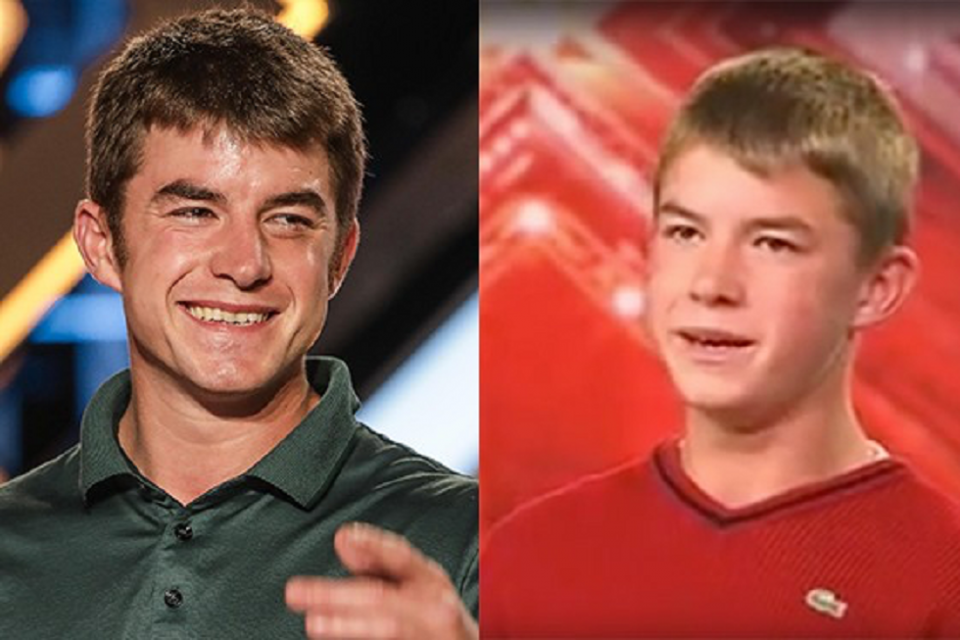 In 2017, many viewers of The X Factor caught the news that singer Anthony Russell originally auditioned for the show way back in 2007. Many had to hit a deep dive into internet searches to find his first performance, and they did! The Liverpudlian singer, who sings Issues by Julia Michaels in the opening X Factor episode, originally auditioned for Simon Cowell, Sharon Osbourne, Louis Walsh and Dannii Minogue a whopping ten years ago! After singing Somewhere Beyond the Sea the first time around Simon Cowell said: “I didn’t like it. I think you need singing lessons” while Sharon said he had “great likability”. He got three yeses back in 2007, but all of this begs the question: What happened to him during the competition and what made him want to come back?

FAQs About Anthony Russell You Need To Know

Who is Anthony Russell?

Anthony Russell is an English labourer from Liverpool who competed in Series 15 of The X Factor as part of the Boys category mentored by Louis Tomlinson. He first auditioned for the show during Season 4 in 2007.

After singing his way into the competition, he was quickly eliminated at Bootcamp. Sad, but this didn’t pull a stop to his determination. When he returned during Series 14, he successfully reached Judges’ Houses as part of the Boys category mentored by Louis Walsh. He withdrew due to personal reasons. But more successful than last time, he had in fact made it to the final where he finished in 3rd place behind runner up Scarlett Lee and winner Dalton Harris.

The X Factor 2017 contestant Anthony Russell pulled out of the competition for personal reasons. The Liverpudlian artist who became a firm favourite among fans in the audience and the judges after singing his rendition of Issues in the audition stages, made the decision to withdraw himself.

But we found this out later because if you carefully notice, technical issues during the Week 3 live shows (which were actually pre-recorded) meant that his performance was distorted. The problem also arose during Danny Tetley’s performance.

Anthony Russell also left in 2007 due to personal problems, read below:

X Factor fans who tune in love a good ‘behind the scenes’ story, and none are as complicated or compelling as Anthony Russell’s.

When it came to his background, there was something so REAL about this artist. Unlike the likes of Shan Ako, who attended the famous BRIT School, Anthony doesn’t have a privileged background in music, describing himself as a “born and bred scouser”. No matter how hard you try, his personality won’t waiver from his authentic core too, he even sporting a black eye in his 2017 audition.

But if you go back 10 years, Anthony entered the competition in 2007. Aged 17 at the time of his first audition, Anthony shocked the judges with the contrast between his boyish Scouse accent and soulful singing voice. That’s when we all got to see his god-given talent. However, despite being tipped to make the live shows, he was removed from the show after the first few rounds.

The Sun reported that Anthony admitted to taking drugs, with producers and viewers wary of the fact he seemed very erratic during performances.

ITV confirmed at the time: “Anthony has been going through some personal issues for some time – as he sang about at his audition. Those issues were still affecting him.”

“Everyone has urged him to concentrate on getting himself better right now. Production is all very fond of him and think he has really potential so have told him, if he straightens himself out, they would love him to have another shot at X Factor next year….That is the perfect incentive for him to get his life back on track. Everyone hopes he will come back next year healthier.”

The Liverpudlian singer said, when he came back in 2018: “I thought I had a shot at this, I could be someone – and then I started going down a rocky road, making bad choices, the wrong decisions, started getting weak…..I wouldn’t have been in this place I am now – a good place – if it wasn’t for Louis.”

These days the artist, Anthony Russell, is pursuing his music career and has uploaded this video a couple of months ago.

The talent has still not left the artist who has pulled himself out of X Factor multiple times, some might say he’s more suited to this platform.

How old is Anthony Russell?

Anthony was born on December 11th, 1990 – winning the X Factor would be a heck of a birthday present! This makes him 27 years old and a Sagittarius. He also has a daughter named Nola.

How tall is Anthony Russell?

The singer stands at 5 ft 4 inches.

Fans have been accusing judge Louis Tomlinson of favouritism after it emerged that he had been helping Anthony with his personal issues over the past years. In an interview with the Radio Times, Simon Cowell explained the relationship between the pair.

I knew that Louis had reached out to help him (Anthony) with his demons a long time ago. I think it says a lot about the kind of person Louis is, he doesn’t brag about it, he doesn’t talk about it, it’s a very personal thing for him.

He called me when he saw Anthony’s audition last year (2017) and said his story had really touched him and he wanted me to put him in touch with him. Louis genuinely looked after him.