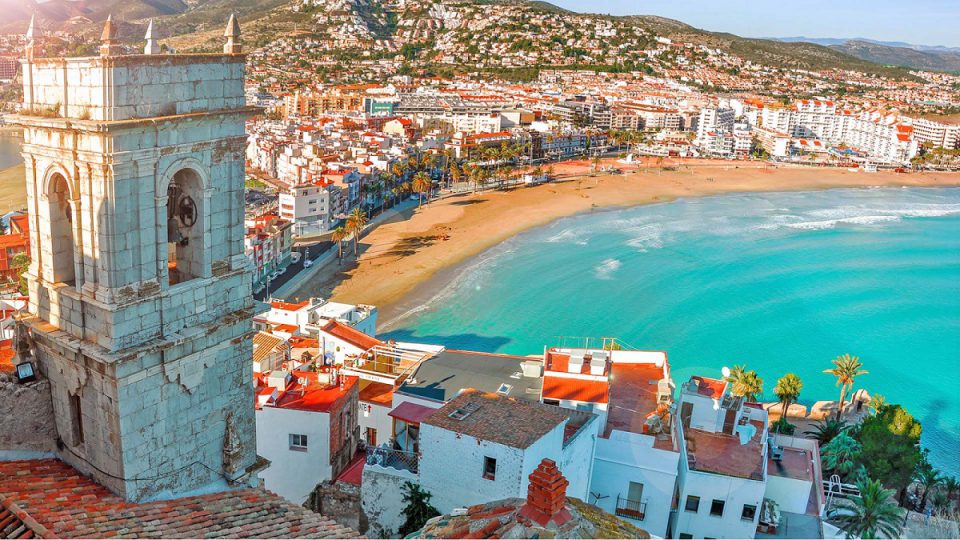 In this article, we explain how to apply for Etias Spain. Starting with a general explanation, we will later delve into further details to help you understand if this type of “visa” is perfect for you.

Learn How To Apply For Etias Spain in 5 Tips!

Before we start, let’s break a few things down:

What is Etias visa?

Did you know? ETIAS which stands for the E.U.Travel and Information Authorisation System  is not actually a visa! It’s actually the first ever attempt at creating a European visa waiver.

A waiver means Schengen zone countries have the ability to move freely from one country to the next without having to bother to show passports.

Technically speaking, applying for one will consist of filling in an online application with those who are above 18 years of age (below 18 years is free) in addition to paying a €7 fee before entering in one of the European Schengen countries.

The idea of something like the ETIAS has been around for several years, but nothing much came of it until:

What is the benefit of Etias?

A Spain visa waiver (ETIAS Spain) will also allow authorities to vet visitors even before they show up at the border. Working in the same way as the US, suspicious travelers won’t be allowed to come to Europe. Worse comes to worst, they may be asked to apply for a full visa instead after making information made available at Schengen zone about them which is to improve the future security situation.

Does a traveller need to apply for a Spain visa waiver?

For travel enthusiasts from Spain, the Spain visa waiver or ETIAS will be applicable to anyone who hasn’t needed to apply for a visa in advance up to now.

Basically, this will be applicable unless the traveler is a citizen of the E.U. or one of the four non-E.U. countries that are in Schengen. The new system of change will depend on which country you are a citizen of as there are around 54 countries that could be affected, including the U.S., many of the Latin American countries, Canada, Malaysia, and Japan to name the same.

In simple words, if a traveler needs a Schengen visa up to now before he/she visits Europe, it seems that the traveler will still need one and they will not be involved in the new ETIAS arrangements.

What’s the difference between Schengen and the E.U.?

It still remains a bit of a mystery for many non-Europeans travelers who visit Europe regularly, but it can be explained.

First and foremost, know that Schengen countries have common border regulations, which permit free travel within the Schengen zone. That being said, it will prevent anyone else from staying too long without permission because nearly all the countries under Schengen are also part of the E.U. (with exceptions such as Iceland, Norway, Switzerland, and Liechtenstein).

We said nearly all countries because there are certain countries that are in the E.U. but are not in Schengen such as Croatia, Bulgaria, Romania, and Cyprus. This also includes Britain and Ireland who have been fighting to opt-out because they wanted more control over who entered their countries.

What does a Spain visa waiver cost?

E.U. Commission offices which make the rules about what affects the E.U. confirmed the details of the ETIAS system, but it was made in November 2016.

According to the 2016 details, regular travelers will only be charged the same as the American ESTA, which is $14 or about €11.

It is completely free for those under the age of 18.

ETIAS Spain for those from Spain will hold for a period of 3 years, or the date of passport expiry, whichever date happens to come first. The Spain visa waiver might work in the same way as the American version called the ESTA which is valid for 2 years once it has been issued.

Now the catch is that although one can stay in the U.S. for that long using ESTA, one only gets 90 days even if they have been issued with an ESTA. Once a traveler or tourist has been out of the U.S. for an additional 90 days, they can then return for another visit using the same ESTA.

Here are 5 important tips on the Etias Spain visa waiver!

Non-European travelers will likely need to obtain a visa for Spain, the Schengen visa – and that’s it. This is thanks to the visa liberalization policy of Europe that means that many foreigners can stay in the European Schengen Area for up to 90 days without a visa.

Whilst currently all that is required to take advantage of the scheme is a valid passport, starting from 2022, visa-exempt citizens will be required to register with ETIAS for Spain.

From 2022 onward, it is necessary to register with ETIAS before departure to enter Spain from a visa-exempt country for tourism, business or transit.

3. European Union and Schengen Information For Travelling To Spain:

Spain has been an EU member state since 1st January 1986 as is the second-largest country in the European Union and Western Europe.

There are currently 51 members of the European Parliament from Spain who signed the Schengen Agreement in 1991, eliminating borders by 1995.

Almost 20 years later, the European Union has been developing the new ETIAS travel authorization. As it is planned to be implemented in 2022, the visa waiver is to prevent cross-border crime and boost security across European Schengen countries, including Spain.

The visa liberalization policy which allows passport holders from several countries to stay in Spain for up to 90 days visa-free was a MAJOR reason for Spain’s popularity amongst non-EU tourists.

Whilst this will continue to be the case, as of 2022 the citizens of these visa-waiver countries will need to apply for ETIAS to enter Spain.

The European Travel Information and Authorisation System are being introduced to boost safety and security across Spain and the other Schengen Area nations and will soon be mandatory.

Once Europe’s visa waiver for Spain becomes mandatory, only individuals with a valid ETIAS permit linked to their passport will be allowed to cross an external Schengen Area border into Spain. Non-EU travelers not eligible for visa-free access will need to apply for the relevant Schengen visa. All travelers must comply with all the European visa requirements and present supporting documentation such as medical insurance and proof of funds.

6.  How To Apply For Etias Spain Program:

Visa Waiver or ETIAS for Spain will only be implemented at the end of 2022 and therefore we don’t know the exact application process but we do know the following things:

Each Etias Spain application should take no longer than 10 minutes.

Those interested in the Etias Spain program will just need to complete the form, pay a fee, and then receive the visa waiver by email.

Ensure that the application for your visa waiver is error-free so that any delays in the process due to inaccuracies or missing information are avoided.

When to complete the ETIAS form for Spain?

It is expected that Travellers who complete the ETIAS Spain form will receive their approved travel authorization within a few working days at most. If there happen to be unforeseen delays, it is a good idea to complete the form at least a week before the trip.

When will I receive my ETIAS for Spain?

It is expected that travellers who complete the ETIAS Spain form will receive their approved travel authorization within 3 business days, and possibly much faster.

How long is ETIAS Spain valid for?

Once approved by email the ETIAS Spain program will be valid for 3 years. This means that not only is the visa been waivered, any traveler will also get to go to Spain multiple times if they wish. An ETIAS holder can spend up to 90 days in total in the Schengen Area during any period of 180 days.