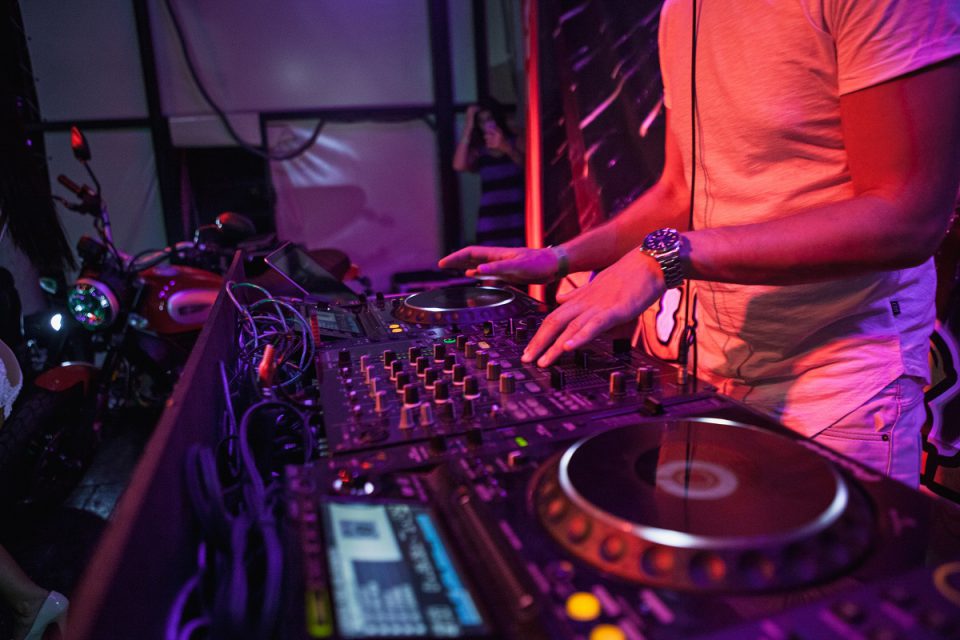 DJing is an incredibly vast craft, with so many routes to entry and so many possible ways to take the skill set; a recent survey of DJs around the world identified at least nine different types of DJ, across all age ranges and from all walks of life. Below are five of the most common kinds of DJ, and what they do in their day-to-day.

The DJs with which people are perhaps most familiar are the ones found on radio stations, spinning songs as part of a regular show or slot. Even within the bracket of radio DJing, the craft has many iterations. DJs might submit immersive 1-2-hour long mixes to stations, or alternatively host a show and play tracks with discussion on the tracks in-between each one. The latter is an intersection of DJing and radio presenting, but still an important aspect of the craft.

The quintessential, stereotypical image of the DJ might be that of the club DJ, playing tracks from a booth on a stage at a venue or club for hours at a time, pumping up a crowd and essentially controlling the dancefloor. DJs across genres and disciplines make their bread with club nights, from laid-back jazz nights to 8-hour B2B techno events. Here, track selection and crowd control are the winning skills, as is the endurance necessary to deliver the goods for up to 4 hours at a time.

The mobile DJ offers up their services as a full-service DJ for private events and functions, from weddings to conferences and even school discos. While owning DJ equipment like CDJs and a mixer is important for any jobbing DJ, this is even true-er for the mobile DJ, who provides everything from a PA system to lighting in order to pull off the musical portion of any event single-handedly. The work may be a little less glamorous than running a radio show or holding down a club night, but mobile DJs are paid serious money to provide the entertainment at a wide variety of events, and can cater to different audiences on a near-daily basis.

Turntablists are a different breed of DJ entirely. Turntablists treat their equipment and knowledge not as a craft, but as an instrument and art-form in and of itself. Songs and beats become textures, mixed and matched in tandem with turntablist techniques like scratching and beat juggling. Turntablism, generally speaking, was born out of DJs backing hip-hop artists in the 70s and 80s, growing into its own art-form over time. Turntablists today still provide backing for rap artists, but also make music and book shows in their own right.

Of course, you do not need to be actively in a profession to qualify as a DJ. Many DJs of all types across the country are far more casual in their craft, mixing records for the love rather than the money. While they might pick up the occasional gig or open decks event here or there, they are just as comfortable creating mixes at home, on their own time, and honing their craft as a hobby.

Can I Cut Down My Water Bills?