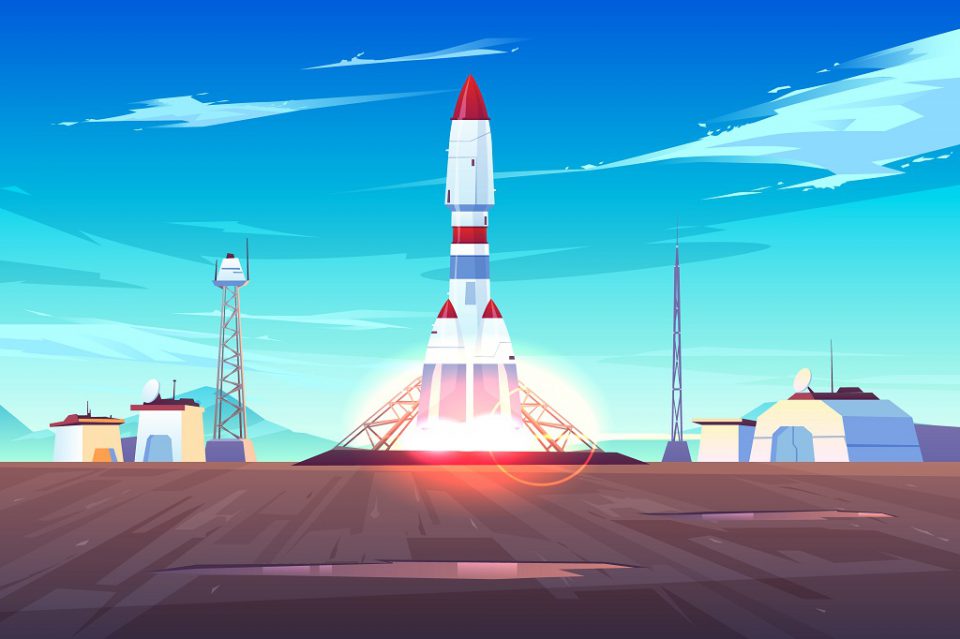 The British government expressed its ambition to increase its share of the global space economy up to 10% by 2030. Achieving such a daunting target will not be easy; it will require serious improvements in the domestic space industry, involvement of both private and public capital, as well as an efficient governmental strategy if Britain is to become the space power it aspires to be.

Compared to NASA, the UK Space Agency is a relatively insignificant player, which hinders the country’s vast ambitions. But the British space industry has a couple of aces up its sleeve. Does Britain have what it takes to become one of the world’s leading space-faring nations? Well, the short answer is yes, it most certainly has. In this article, we are going to take a closer look at the current state of the space industry in the UK.

Everybody knows about the space race between the US and Soviet Union that started back in the 1950s, but people tend to forget about the third country that entered the race after the two superpowers. Britain became the third space-faring nation in history, right after the USSR and the US, with the launch of the Ariel-1 satellite in 1962.

The engineering solutions of British scientists like Francis Thomas Bacon, who developed the first hydrogen-oxygen fuel cell, were used in the Apollo missions in the US. British engineering and scientific effort have allowed for the creation of successful progressive technologies. One of the prominent developments in this area was the Black Arrow rocket that was used for four launches between 1969 and 1971, with the last sending British satellite Prospero into space.

The Black Arrow programme was cancelled in 1971 as the Ministry of Defence decided that the American Scout rocket was cheaper to launch. Later, the first UK-built deep space mission, Giotto spacecraft, was launched in 1985, becoming the first European spacecraft of its kind. And in 1991, Helen Sherman became the first British person in space and the first woman to visit the Mir space station.

Of course, there have been some spectacular failures over the years. In most cases, the problems were caused by the lack of interest in space exploration; the government simply didn’t consider space exploration to be an economically viable endeavour. Failures such as the Beagle-2 Mars landing mission did not help either.

However, in recent years, the government has been paying closer attention to the potential merits of space exploration. In 2018, the Space Growth Partnership came up with a “Prosperity from Space” strategy aimed at decreasing the cost of launches, increasing the reliability of payload transfers, and creating new launch facilities.

What’s already available in the UK

The UK has a history of achievements in space exploration as well as a solid base for further development. Innovative thinking, financial resources, and expertise in satellite manufacturing make the country a strong competitor in the global space market.

2019 was a good year for the British tech sector as investments skyrocketed up to $13.2 billion. The number of tech companies soared high after a huge investment influx of 44% compared to 2018, beating those in the US and China. And this trend has been going strong in 2021. Today, the UK is one of the best places to start a tech company, quickly becoming the global unicorn. Even now, the UK is home to more billion-dollar tech companies than any other country in Europe.

Such growth in the tech industry means that the government looks to the future and sees a huge potential for innovation. As of now, businesses are urging the government to advance the vision for space exploration. The ideas included setting the Space Innovation Fund at £150 million a year, creating a National Procurement Fund of £250 million per year to support the use of British space technologies, and establishing a Space Delivery Agency for complex hi-tech initiatives.

With a number of recent successful satellite launches, including the March 23, 2021 ELSA-d mission, it seems that Britain has its satellite manufacturing program on the right track. The importance of the ELSA-d mission is its core objective – space debris removal. The ELSA-d mission will prove vital for further development of not only British but international space efforts. Even now, Scotland produces more satellites than any other European country, and local AAC Clyde Space is involved in 40% of all worldwide missions to launch CubeSat satellites.

After the Black Arrow programme shutdown, Britain’s rocket manufacturing has slowed considerably. This does not mean that Britain has no ambitions for having its own means of delivering payloads to orbit.

On January 17, 2021, we saw the first test flight of a new Virgin LauncherOne vehicle carried by the Cosmic Girl. The carrier was developed within a British multinational venture capital conglomerate. Basically, Cosmic Girl is a plane carrying a rocket to the near orbit altitude from where the rocket makes a flight to the orbit.

Also, companies such as Orbex and Skyrora have been making improvements in their rocket designs. The first Orbex Prime orbital rocket maiden flight is scheduled for late 2022. After that, the Prime rockets will be delivering the Astrocast satellites to orbit. Skyrora also plans to launch its three-stage Skyrora XL rocket by the end of 2022. What we see here is a real competition between the privately-owned corporations entering the space race.

What are the growth factors?

Despite the already vibrant and booming space industry, the UK still has strong potential and many ways to improve.

Britain is gaining momentum in its space race efforts, and to cement its position as one of the world’s leading space powers, the UK plans to create several launch sites. It has been stated repeatedly by government officials that Britain has a goal to become the first country in Europe to have an operational launch site, and there is a good chance that we’ll see the first UK launches taking place next year.

The government will issue spaceflight licences allowing corporations to conduct launches. Besides, the government itself has already provided funding to three potential spaceports and rocket-makers. Among them are an international conglomerate with American roots, Lockheed Martin, and Orbex with management from Denmark and Germany, that plan to launch from Sutherland and Shetland space centres. With such initiatives, Britain will likely become not just the only country in Europe to have a launch site but also the one with the most launch sites.

The orbit is filled with all kinds of man-made garbage that can damage and destroy operational satellites or prevent us from launching rockets into deep space. The amount of garbage grows with every new launch. And though this might not sound like a big deal at this exact moment, in several decades, the amount of space debris in orbit might become large enough to make space exploration practically impossible.

As for the green methods of sending rockets into space, we currently don’t know of a way to lift heavy objects off the ground and send them into space without burning fuel. However, we can still make the manufacturing of the rocket parts and launch site maintenance more sustainable to reduce the environmental footprint. The UK course for renewable sources of energy will surely impact the space industry. Rocket developers are already using eco-fuel; consider Skyrora as an example. Furthermore, ecological activists are having a say about spaceports development as seen in the case of the Sutherland space hub at A’ Mhòine.

Britain has a long history in space, and it is going to take a new exciting leap in the near future. Space is a source of valuable resources and the country that gets the biggest share of those resources is going to be the world’s biggest superpower. The government knows that, and for that reason, we see a huge boost of interest in space exploration.

Space also offers new opportunities for commerce, which pushes the privately-owned corporation further. And with the heavy investment in the tech sector, we are sure to see rapid developments in the space tech and commerce sector in the near future. Britain does have what it takes to become one of the world’s largest space powers. With things going steadily, a well-developed space strategy, and strong government support to local incentives, it will reach its goal of taking 10% of the global space market by 2030.

The Ultimate Guide to an Effective Workplace Fire Drill

Places With Big Opportunities: How to Choose a Crypto Company for Investing

What are the Benefits of Customizing Hang Tags?

10 Reasons Why You Should Use SEO to Build Your Business