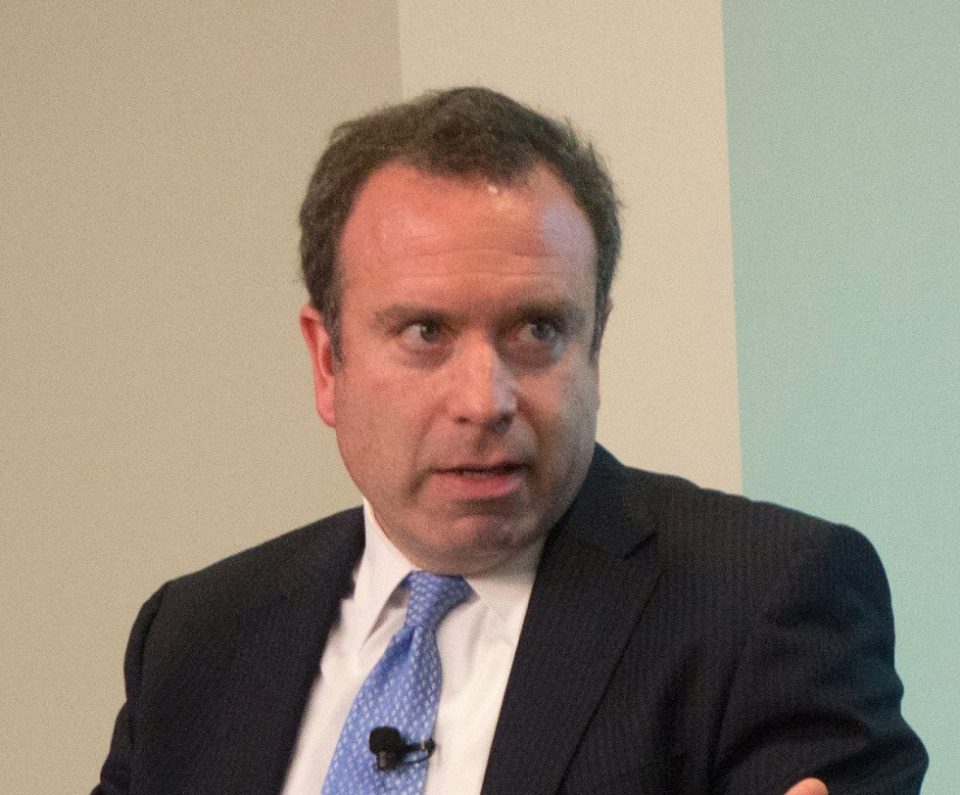 If you just google the name Dana Milbank or check him out on Twitter, you’ll see that his fame is associated with The Washington Post. When he joined the company in 2000, he was the Style political writer, and went on to cover the presidency of George W. Bush as a White House correspondent before he began writing his column in 2005.

With his education from Yale, he was able to bag the prestigious job at The Post using his experience as a senior editor at the New Republic where he spent two years covering the Clinton White House, and eight years as a reporter with the Wall Street Journal, where he covered Congress and was a London-based correspondent. Here are some facts about the columnist that might interest you:

Dana Milbank was born to a Jewish family,the son of Ann C. and Mark A. Milbank. His mother, Ann Milbank, teaches reading at the California Avenue School in Uniondale, L.I. His father designs and builds custom furniture in Stamford, Conn.

Keeping with his Jewish upbringing, Milbank married Donna Lynn DePasquale in an interfaith Jewish and Roman Catholic ceremony in 1993. In 1993 there was a NYTimes article written about their marriage which stated that both the Rev. David Baranowski, a Roman Catholic priest, and Rabbi Steven Mason performed the ceremony at the Battell Chapel in New Haven.

2. He is a graduate of Yale University:

Dana Milbank was a member of Trumbull College, the Progressive Party of the Yale Political Union and the secret society Skull and Bones. He is a graduate of Sanford H. Calhoun High School in Merrick, New York.

3. He divorced his first wife:

Milbank was asked to observe the 2000 and the 2004 presidential elections. He also featured President George W. Bush’s first term in office. When Bush won the 2000 election, Karl Rove asked The Washington Post not to let Milbank cover White House news. In 2001, a pool report written by Milbank which covered a Bush visit to the U.S. Capitol generated controversy within conservative circles. According to Milbank, the nickname given to him by the president is “not printable in a family publication.”

Milbank is a writer at the “Washington Sketch” for the Post, an observational column about political theater in the White House, Congress, and elsewhere in the capital. Before coming to the Post as a political writer in 2000, he covered the Clinton White House for The New Republic and Congress for The Wall Street Journal.

The columnist was criticized for a July 30, 2008 article in which, in part by using snippets of quotations, he portrayed Barack Obama as being presumptuous.

A few days later MSNBC’s Keith Olbermann stated that Milbank would not be allowed back onto his show. Milbank had initially been appearing on the show since 2004, but now Milbank was asked to submit “a correction or an explanation.” However, Milbank had apparently already left Keith Olbermann’s show for another show on CNN. Milbank stated that he has been uninterested since he was criticized by Olbermann’s staff over making a positive comment about Charlie Black, a John McCain senior advisor, and as a result had already been negotiating with the CNN show.

Milbank and Chris Cillizza appeared in a series of humor clips called “Mouthpiece Theater” which appeared on The Washington Post’s website. An outcry followed a video in which, during a discussion of the White House “Beer Summit”, they chose new brands for a number of people, including “Mad Bitch Beer” for Hillary Clinton. Both of them apologized for the video and the series was canceled immediately.

5. He wrote a bestseller:

Dana Milbank is the author of three books on politics  including the national bestseller “Homo Politicus.” Homo Politicus: The Strange and Scary Tribes that Run Our Government was

published by Random House in January 2008.

Milbank wrote his first book in 2001. Smash Mouth: Two Years in the Gutter with Al Gore and George W. Bush—Notes from the 2000 Campaign Trail, was the full name of the book.

Two years after his bestseller, Doubleday released Milbank’s polemic biography of conservative pundit Glenn Beck called Tears of a Clown: Glenn Beck and the Tea Bagging of America, which a review in Milbank’s paper, The Washington Post, said was a “droll, take-no-prisoners account of the nation’s most audacious conspiracy-spinner.”

Milbank went public with his “policy” on presidential general elections. His strategy is to vote for the best candidate who is not on the ballot like John McCain in 2000, Chuck Hagel in 2004, and Michael Bloomberg in 2008.

He has revealed that this strategy allows him to “go through the exercise of who would be a good president” while avoiding committing to one candidate or another in the race.

Greg Marx, an associate editor of the Columbia Journalism Review, describes Milbank as “extravagantly contrarian.” Marx and New York University journalism professor Jay Rosen have critiqued what they view as “Milbank’s insistence on characterizing political debate as consisting of two unreasonable poles, and himself as a truth-teller caught in the middle—a posture so habitual and inflexible that it has become an ideology.”

7. He is not a fan of the high-profile White House Correspondents’ Dinner:

Milbank has criticized the growth of the White House Correspondents’ Dinner which is usually conducted with media coverage and high profile visitors, writing in 2011 that the event “was a minor annoyance for years, when it was a ‘nerd prom’ for journalists and a few minor celebrities. But, as with so much else in this town, the event has spun out of control. Now, awash in lobbyist and corporate money, it is another display of Washington’s excesses.”

“ My wife and I took our kids on a civil rights tour of the South over spring break, a trip planned before we knew it would be the week Muellermania engulfed Washington.As it turned out, though, the Civil Rights Trail offered an ideal perspective from which to view the mayhem in the capital caused by the special counsel’s report. While Washington churned, I walked along a quiet hillside above Montgomery, Ala., home of the year-old National Memorial for Peace and Justice , a monument to the 4,400 African Americans lynched by white mobs between Reconstruction and the civil rights era. There hang 800 oxidized steel columns — one for each American county where lynching occurred — like hideous lollipops. As I stood awed by the pain they represented, an older black man approached and told me about his ancestors who fought in colored regiments during the Civil War. Then, as we gazed together at the dangling blocks of metal, he said something I don’t often pause to consider: “As bad as things are now,” he said, “we’ve gone through much worse.”

Tony Dokoupil: The Incredible Life and Upbringing of The CBS Anchor