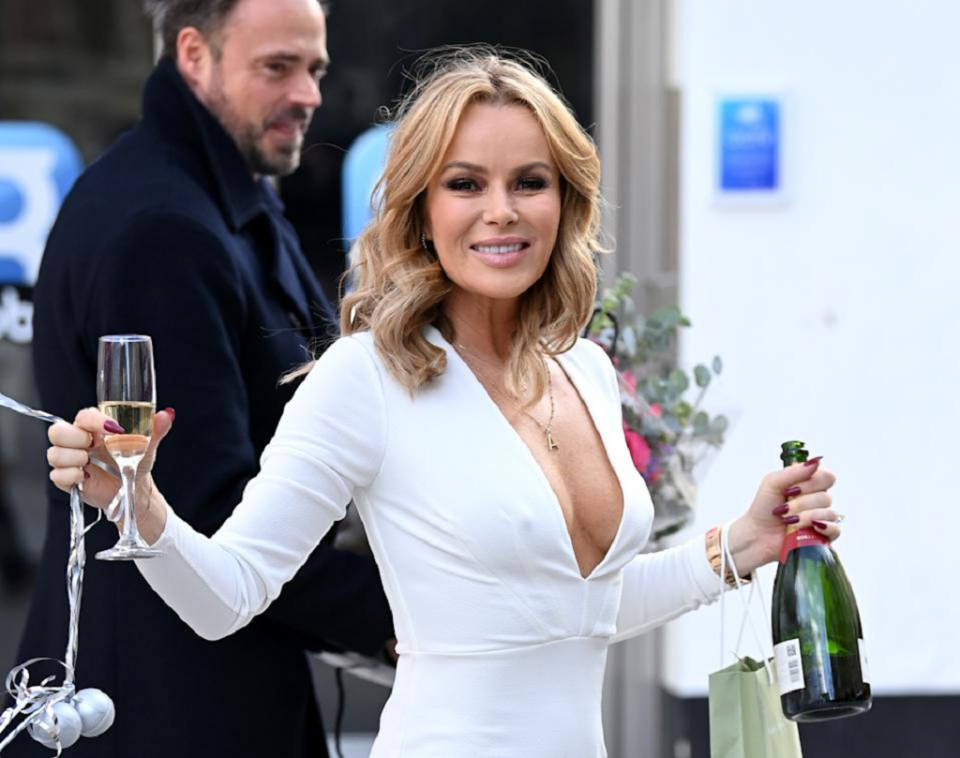 Amanda Holden is a popular English actress and TV personality who has become very famous as one of the judges on the superhit show Britain’s Got Talent. She judges the show alongside Alesha Dixon, David Walliams and Simon Cowell. Let’s find out more about her.

Amanda Holden: The Witty and Beautiful Britain’s Got Talent Judge

When was Amanda Holden born?

Where did Amanda Holden study?

Amanda Holden went to London’s Mountview Theater School and graduated in 1992. She started her TV career with a role in the TV series Suspicious Circumstances.

Has Amanda Holden been criticised for her revealing outfits on Britain’s Got Talent?

Amanda Holden’s dresses on Britain’s Got Talent have constantly been a source of controversy and scandal in Britain’s Twittersphere. It’s quite shocking that her dresses are creating a stir even when she is 50 years old.

One of her dresses was considered “too revealing” for a family show. A lot of people claimed that they were able to “see her nipples”.

The blue sequin dress was made by Greek fashion designer Celia Kritharioti. It had an off shoulder neckline, a plunging bustier and a thigh high slit. She also wore Prada shoes and Stephen Webster jewellery with it.

Broadcaster Ofcom received a staggering 277 complaints about the show, 235 out of those were solely related to Amanda Holden’s outfit.

It was deemed to be “far too revealing” by some people on Twitter.

“Is Amanda Holden aware that this is a FAMILY programme? She’s OTT with that revealing dress. You can literally see her nips!!!” one person wrote.

Another added: “Is it my eyes or are Amanda Holden’s nipples nearly falling out of the dress?” while a third person agreed, commenting: “’Are Amanda’s nipples on show?”

Some people jumped to her defence as well. One of them said: “What’s the matter with you prudish people, Amanda Holden looked gorgeous in that dress.”

Another added: “Karen’s are saying this dress is inappropriate and you could see Amanda Holden’s nipples. NO YOU COULDN’T. Those are shadows from where the dress doesn’t touch her skin. Nipples aren’t found in your cleavage.”

What did Amanda Holden say about the “controversy”?

Amanda Holden took to Instagram to issue her response to the controversy. She said: “Mmmm really!? Who has nipples this close to their cleavage? FYI. A boned corset dented the girls all night.” In order to drive home the point of nipples not being located close to the cleavage, she punctuated the post with two fried egg emojis.

Amanda Holden’s outfits have caused controversies earlier as well and she has spoken about the matter when Ofcom received complaints against her dresses.

“I love it that people are still talking about my tired old breasts and I’m nearly 50!” she said.

“No one talks about Alesha Dixon’s – she’s got great boobs by the way – and she’s eight years younger than me.

“Age is totally irrelevant, thanks to people like J-Lo, who is 49 and just a sexy, hot woman who dresses for how she feels.”

What are some of the movies and shows which Amanda Holden has appeared on?

Did Amanda Holden have a near death experience during labour?

She had come close to death giving birth to her youngest child. So Amanda Holden says stop.

The 41-year-old Briton, a judge on Britain’s Got Talent, had spent several days in critical condition after losing a lot of blood when little Hollie Rose was born on January 23. Chris Hugues, her husband, had announced the birth of his daughter a few days later, while the state of health of his wife improved significantly.

And although she dreamed of a large family, Amanda Holden does not want to relive what she has endured in recent years. ” Enough. I could not live it again “, she declared to the new edition of Sun on Sunday. Because the beautiful forty-something had already had a difficult birth when her first daughter Lexi came into the world, requiring an emergency cesarean, then had been the victim of an early miscarriage in 2010 before losing the little boy she was expecting while she was seven months pregnant last year.

“ Two kids is the perfect number for me,” she continued. “I think we’ll stop at two. I think that’s what we were supposed to have. Maybe we’ll have rabbits instead. ” She confirmed that her heart had stopped beating for 40 long seconds and that she had lived a real nightmare, losing gallons of blood, but that bringing her little girl home safe and sound was a chance, and that ‘she realized today how perfect her little family was as well, posing with little Hollie in her arms.

Her husband is on the same wavelength, refusing that his wife can go through these trials again. The mere fact of thinking about it ” turns his stomach upside down ” he confides, adding that he had the impression of living in a horror film on the day of the childbirth. As for Amanda Holden, she admits teasing her husband by talking to him about adoption, if by chance they wanted to expand their family

Alex Scott Partner Sam Robertson: Who Is He? Are They Still Together? [Updated 2022]