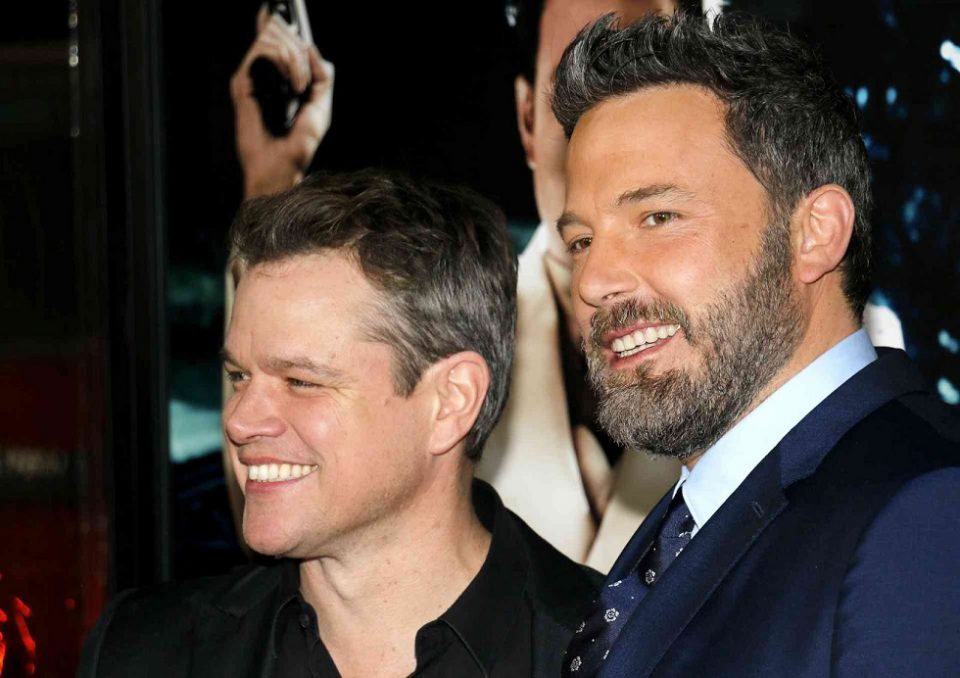 Celebrities have been involved in the world of poker for decades now. Some of the most famous high-rollers have been movie stars and singers throughout the years, and it is no different nowadays.

With poker becoming more of a spectator sport, with many tournaments being broadcast, more and more people have seen which celebrities can hang with the pros. Here is a list of the best celebrity poker players.

It might be surprising to hear that some football players enjoy a hand or two of poker, but Gerard Pique is one of them. The Barcelona and Spain defender apparently learnt to play during his time at Manchester United much earlier in his career.

He regularly plays in tournaments and during the off-season. While the amount he has earned from playing isn’t exactly known, he is apparently far better at the poker table than fellow football stars Cristiano Ronaldo and Neymar.

Matt Damon is one of those celebrities who has become famous for his love of the game. It all started apparently back when he was researching for his role in the movie Rounders back in 1998, the bug bit him and he has been hooked ever since.

He has played at a number of tournaments, the World Series of Poker, and can be often found at a table when he is in a poker loving city or when he isn’t filming his next blockbuster.

Spider-Man is another poker fiend. Maguire is a bit of an enigma in the poker world. He often plays in high-stake games and tournaments, but has become infamous due to the fact that he won’t play without his own card shuffler that he paid for.

He is also apparently a bit of a jerk to other players, most notably Molly Bloom, the same Molly Bloom that is the subject of the highly successful poker movie, Molly’s Game. he does, however, bring other big names to the table, so his invitation isn’t often revoked.

It is no surprise that Ben Affleck plays poker considering his best friend Matt Damon does, however, you’d be wrong to think Damon got him into the game. Affleck has been playing since he was very young, and was apparently thrown out of a casino for counting cards during a game of blackjack.

He has earned quite a substantial amount of money playing poker too, over a half a million dollars, and was also a frequent guest at Molly Bloom’s games, and unlike Toby Maguire, was apparently a stellar guest. He is also pretty famous for his play style, the millionaire actor doesn’t like to lose money at the table, and plays very slow, betting the minimum he has to, and simply tries to outsmart opponents with his wits, not money.

She isn’t just in it for a bit of light fun either. She has won herself a World Series of Poker bracelet, the Bellagio Cup, and also came first in the 3rd WPT Ladies Tournament. She has also raised a lot of money for charity through playing. Out of everyone on this list, she is probably the most qualified to call herself a pro poker player.

Another man who has spent a lot of time at the poker table is Emmy nominated actor James Woods. Much like Tilly, he has definitely steered more towards playing poker than taking up roles, even though he obviously still does the latter.

Woods went to MIT, and is apparently not only generally really intelligent, but has a very keen and smart poker brain. He is also very famous for the fact that he doesn’t stop talking when opponents are making decisions, annoying to some, but a strategy that has done him well.

The Seinfeld star is another keen poker player. While playing his famous character on the highly successful comedy didn’t win him much in the way of awards, poker has most definitely treated him better.

He has won the Celebrity Poker Showdown, which won him a boat load of money for his favorite charity. He also doesn’t play poker like his character George Costanza, and is apparently brutal at the table, aggressive and cut-throat.

Another footballer who has made their way into the world of football, is a player who is probably one of the most famous in the world, Neymar. While he has definitely not made the same amount of money as Pique, he is well on his way.

Neymar has played in the World Series of Poker, and has also played on the European Poker Tour Barcelona. In 2015, he became an ambassador for PokerStars, and is still a very keen player to this day.

As you can see, poker has become a very popular pastime, or even second career for some of the world’s most famous faces. Whether they are movie stars, TV icons, or footballing greats, they haven’t been able to resist the excitement of the poker table.

10 Hacks to Transform Your Morning Routine for Everyday Success