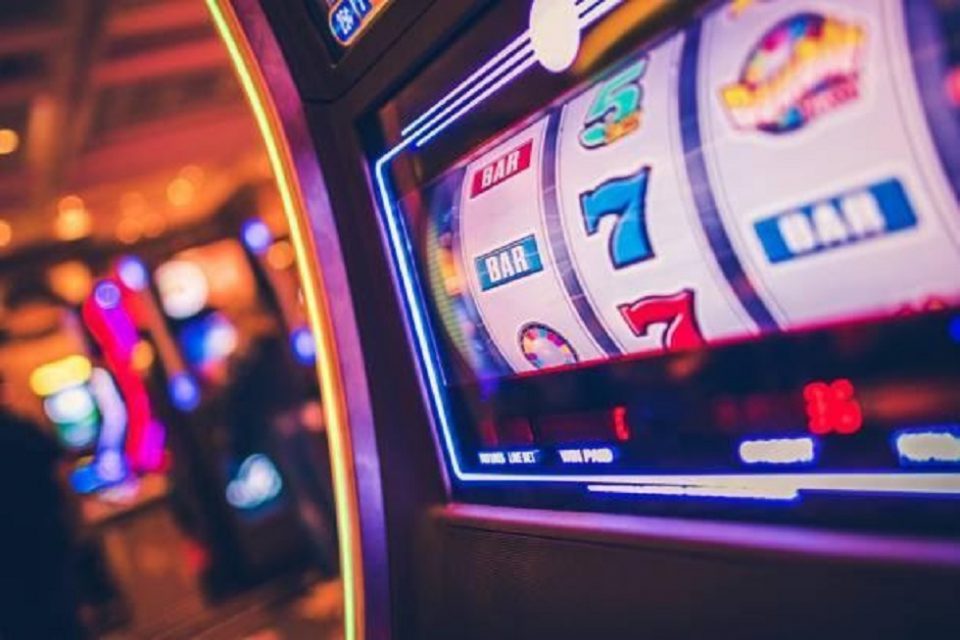 A woman who once worked at a betting shop once lost 50,000 to gambling in just 6 days.

Stacey Goodwin, 28 from Chesterfield Derbyshire, took to TikTok to bravely share the story of her gambling addiction. When she started working at the betting shop, Stacey swore she would never get into gambling after seeing how angry people got in front of the betting machines. However, she got sucked into gambling after popping £1 into the slot one day. The first day she gambled, she won, and according to her, the winning encouraged her reckless descent into the billion pound industry.

From there, she started losing hundreds and thousands of pounds through gambling.  It didn’t help that she battled anorexia in her teens and had many thoughts in her head which further complicated her gambling addiction. During a period she felt at her lowest ebb, Stacey gambled away 50,000 in six days and tried to take her own life. “I was in a pit of depression and addiction, and I couldn’t break the cycle, and I thought the only way out was to take my own life,” she said.

It’s not uncommon to see people gamble away all of their money, even though online casinos offer instruments such as the loss limit option, which allows players to limit how much they can lose. Stacey Goodwin, who now works as a sales manager in a gas company, says she regularly gambled away her month’s wage after she got paid. She would then take out loans which even plunged her into more debt. The 28-year-old also shared that she almost lost her job because she had gambled everything and couldn’t function or concentrate well at work.

Then She Reached Out For Help.

After hiding her addiction to gambling for years, Stacey eventually sought help by visiting a women’s retreat to overcome gambling. She also enrolled in residential courses for female gambling addicts, where she learned more about the psychology of her gambling problem.

Before then, Stacey at 22, visited support groups like Gamblers Anonymous, but it put her off because the meetings were male-oriented.

However, with the treatment she got and the help of her mom who took control over her finances and showed support through her recovery, Stacey says she’s strong now.

Also, Stacey joined the Self-Enrolment National Self-Exclusion (SENSE) scheme, which allows addicts to exclude themselves from casinos in the UK, and GAMSTOP that let people put controls to help restrict their online gambling activities.

Stacey, who goes by the handle The Girl Gambler, revealed she has been in recovery for 2 years and wants to help people like her.

The former gambling addict is now helping other women who may be going through the same. “When I was in the bookies, it was very rare you would see a young girl in that environment; it’s more of a male environment.” Since gambling is often associated with men, Stacey believes that female gambling addicts find it difficult to seek help because they may feel alone.

She also believes women are getting sucked into online gambling especially now that it is marketed towards them.  “In the adverts, they are not showing a young lass crying her eyes out because she has lost everything. A lot of the women I speak to gamble to escape something else, like an addiction. I think it’s aimed at them as an escape, but it turns into more than that quickly.”

She Also Started a Petition to Remove Scratch Cards.

Stacey believes displaying scratch cards at the front counters of shops can be triggering, so she started a petition so that the government can enforce their removal.

She explained how she was once on a queue to buy milk at a shop and found herself staring at scratch cards.  “I’m strong enough to not be tempted, but it made me think how you are forced to stare at them. If it were hidden or in an area you aren’t forced to go to; it’s easier to avoid the trigger and easier for shop workers to support people with a problem. For a recovering addict, a one-pound scratch card is enough to send them into relapse.”

She added, “cigarettes are hidden and yet scratch cards and gambling products are displayed proudly at the front of the desk.”

The Girl Gambler, who now helps people through her social media videos, revealed her plans to publish a book about her recovery journey.

Impact Driver Vs Cordless Drill: Which Offers More for Diy?