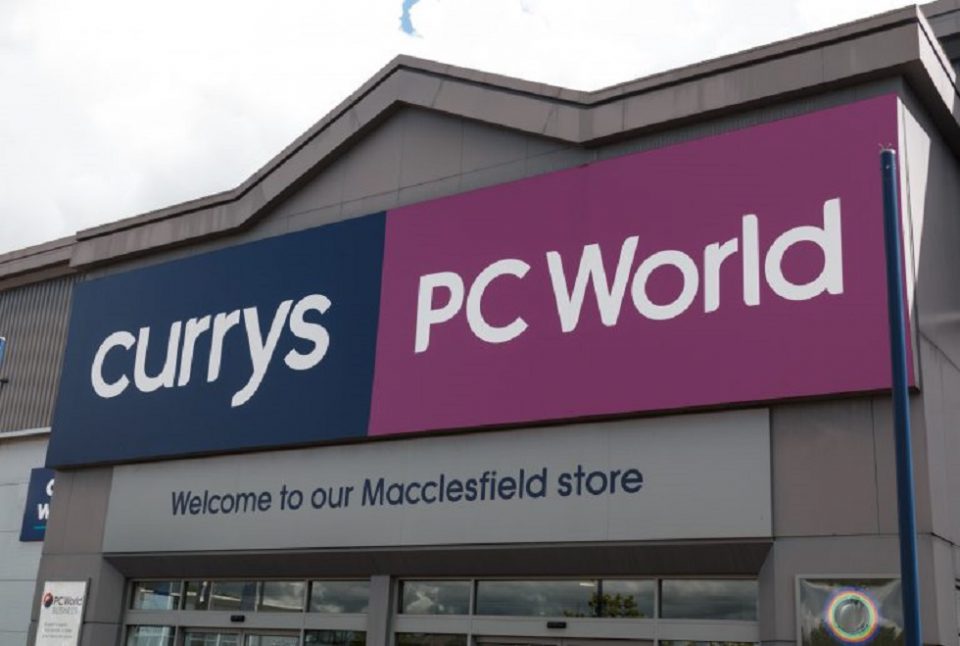 Everything from laptops and TVs to other household appliances, Currys has made shopping so much easier. But how did they get there? In this article, we take a look at their journey and some facts about their rebranding.

The shop is known for selling home electronics and household appliances, with 295 megastores and 73 high street shops. A while ago, they rebranded under the Currys Digital brand in the United Kingdom so that smaller shops also trade. This was introduced to rebrand all former Dixons shops in April 2006.

Two years after the initial re-branding, Dixons shops in Ireland followed without the Digital suffix.

According to Wikipedia, the retail company was founded in 1884.

Currys began as a business in 1927 when the sons of bicycle manufacturer Henry Curry (whose cycle business started in Leicester 1850) merged one company called  The Louth Bicycle Company, and the loose confederation of shops which the four sons had run since Henry Curry’s retirement in 1909, with the Nottingham based Campion Cycle Company.

They went from selling cycles to TVs thanks to Dennis Curry:

20 years later in the 1940s, the shops sold a wide variety of goods including bicycles, toys, radios and gramophones.

However, Currys pulled out of their original cycle manufacturing in 1932, when they closed their Leicester factory. The company who loved cycles still continued to retail bikes (badged as Currys) until the 1960s.

At the same time, particularly under the directorship of family member Dennis Curry between 1967 and 1984, Currys underwent a huge expansion. They started to become a major high street supplier of televisions and whitegoods ( white goods are refrigerators, washing machines and other domestic appliances).

In the year 1984 Currys Group PLC (Currys) became a chain of 570 shops. This number is twice as many as the company which was then to acquire it.

Currys has a former rival Comet in Guiseley, West Yorkshire. But eventually, it was acquired by Dixons (currently Dixons Carphone, owners of the Dixons electrical products retail chain) in 1984. Still, Currys managed to maintain its separate brand identity.

In April 2006, DSG publicly stated that its Dixons shops (except in Ireland and in duty free areas in airports) would be rebranded as Currys.digital, making a total of 550 Currys shops in total.

However, in August 2008, the Dixons shops in Ireland were rebranded as Currys, similar to the move in the United Kingdom, but without the “.digital” ending. They also introduced a new Currys logo.

Before the Dixons rebranding, the chain contained only a few small town centre shops compared with its much greater number of large out of town megastores.

A combined Currys and PC World shops began as a trial in 2008. A number of stores have since been amalgamated, with their shop formats merged into one. In some cases, this has also involved the physical breaking down and metaphorical gluing together of some shops which were adjacently located. All promotions also for the electronics side of both chains have now been merged.

During the Dixons Carphone Christmas 2015 to 2016 results update to shareholders; Sebastian James, group chief executive for Dixons Carphone, publicly announced that over the following financial year the three in one shop format (shops featuring Currys, PC World and Carphone Warehouse branding under one roof) would be spread out across the company’s entire portfolio on the United Kingdom and Ireland.

The programme is expected to generate around £20 million of incremental annual earnings, due to recurring costs savings as a result of removing property from the portfolio.

In December 2011, Currys established a new high end concept shop named “Black” in Birmingham, UK. The new store stocks high end ranges, and is laid out in a more fashionable way including mannequins and ‘collection’ displays. The new branding and layout aims to attract more female shoppers, whom research shows feel alienated in the larger shops.