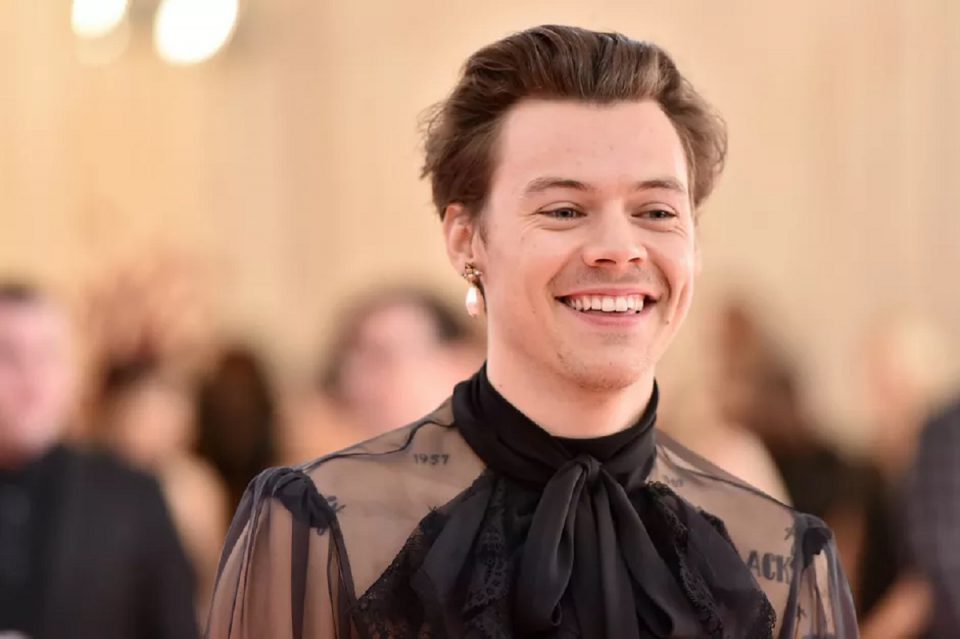 Today, celebrities are extremely interested in the world of beauty. Every celebrity, from Kylie Jenner to Selena Gomez and now Harry Styles, has their own skincare regimen that many fans want to see, so it’s only natural that a line is introduced. Harry Styles, the pop sensation, is the most recent to join the trend. Pleasing, the 27-year-old Golden singer’s cosmetic line is now available for purchase. It’s actually impossible that you might have never heard about him let alone his beauty line, so let’s begin with the heartthrob himself.

Harry Styles was a former member of the renowned band One Direction and has now become a sensation, especially after his recent solo album, Golden. From Watermelon Sugar to Adore You, every song in the album is a hit particularly among Gen Z. This year, he even received Brit and Grammy awards for the song Watermelon Sugar. Talking on the fashion front, his fashion sense is next level and highly appreciated by his fans; from his iconic bell-sleeves, peter-pan collars, wide-legged pants, chunky rings, and pearls around his neck, every piece of clothing that he shows up in makes head turn. And now, he is launching his line of beauty products called ‘Pleasing’, and we are oh so pleased!

‘Pleasing’: All you need to know about Harry’s iconic beauty brand!

For months, Harry Styles has been giving not-so-subtle clues about his new beauty line, Pleasing. Earlier this year, the singer was seen sporting a black hoodie with the name printed across his chest; he also got people talking when he captioned an Instagram photo “Find your Pleasing.” “Pleasing” has long been deeply entrenched in Harry Styles fans’ vocabulary, which is why the internet nearly broke when the beauty line made its debut online this week. Although celeb-owned companies are already on the upswing, we can not be more enthusiastic about Styles’ latest venture, Pleasing.

Styles announced his vegan and non-gender specific beauty brand to the world with one of his absolutely stunning appearances on a global magazine cover. Pleasing, Styles’ first commercial venture, will debut with three product offerings deeply influenced by pearls: a collection of colours, an illuminating primer serum, and a dual-purpose eye and lip oil. The products will be available for purchase beginning November 29th.

“Men’s beauty” isn’t a phrase we’ve encountered much in terms of beauty lines, or it wasn’t until Harry Styles released his latest non-binary cosmetic line earlier this week. There has been a nearly unimaginable increase in demand since then. Soon after Styles publicly revealed his new brand, Pleasing, there was a 393 per cent upsurge in shopping searches for “men’s makeup” compared to the past weeks. There was also a 72 per cent increase in fashion searches for “men’s nail polish” and a whopping 641 per cent rise in demand for “men’s lip serums.” That is, without a doubt, iconic.

Styles began his brand with a small selection of high-quality, non-gendered items at astonishingly low prices. A four-polish “Perfect Polish Set” costs $95, 2 single nail polish shades cost $29 each, “The Pleasing Pen” costs $44 to “refresh lips and eyes,” and an illuminating serum costs $51. He’s been playing coloured nails and makeup on red carpet events and at his sold-out concerts for years, so it’s only natural that his first release would be in this category. All of the colour names for his nail varnishes, like his frequently worn pearl necklace, are a clear reference to this. All of the packaging material is created in a sustainable manner, with post-consumer recycled plastic, compostable packaging, and naturally derived ink.

There are 6 items in total, in the first drop of Styles’ ‘Pleasing’. Let’s discuss each one briefly below!:

This dual-purpose eye and lip serum contain moisturising squalene derived from olive oil and relaxing marshmallow extract. “When we decided Pleasing would make beauty products, I wanted to make sure they were products I would use,” Styles explained in a statement. He also added that: “I didn’t want to make products to mask people; I wanted to highlight them and make them feel beautiful.” The Pleasing Pen is awesome since you can refresh yourself anytime and anywhere if you are starting to feel less than pretty! The lip oil dries matte in around a minute, making it ideal for a quick massage with the eye serum.

This moisturising serum claims to be excellent as a makeup primer as well. “The Pearlescent Serum was inspired by the Japanese skin divers — female divers who collected pearls for Morimoto with no gear, just a net,” Styles explained. He continued to say that: “Their skin looks so fresh, shining in the sun, and I wanted a product that would give that feeling.” The serum not only lights up the skin over time, but it also instantly softens it out, as if you’ve just returned from a cold ocean.”

Styles has long been recognized for incorporating gender-neutral fashion and doing so with exceptional finesse, as evidenced by her slouchy tops, colourful dresses, gorgeous suits, and decorated nails. While he has one of the most innovative takes on current fashion trends, his venture into the world of beauty adds a layer of relatability. Due to his gender-neutral style and now a whole brand dedicated to gender neutrality, there has been a significant increase in demand for ungendered clothing, makeup and skincare.

To be honest, stereotypes should be avoided at all costs, and there should always be more of Harry Styles. Of course, Harry will drop a lot more products in his beauty brand, and the first drop is already getting a lot of buzz and his fans cannot wait to see what’s next in line for them. We hope to see more skincare, makeup and even merchandise and basically everything that Styles find ‘Pleasing’!

Why Self-Advocacy is a Necessary Skill for Every Student

How to Take Care of Your Tattoo During Summertime

Snug Piercing Can Be Snug Like A Bug In Your Ear