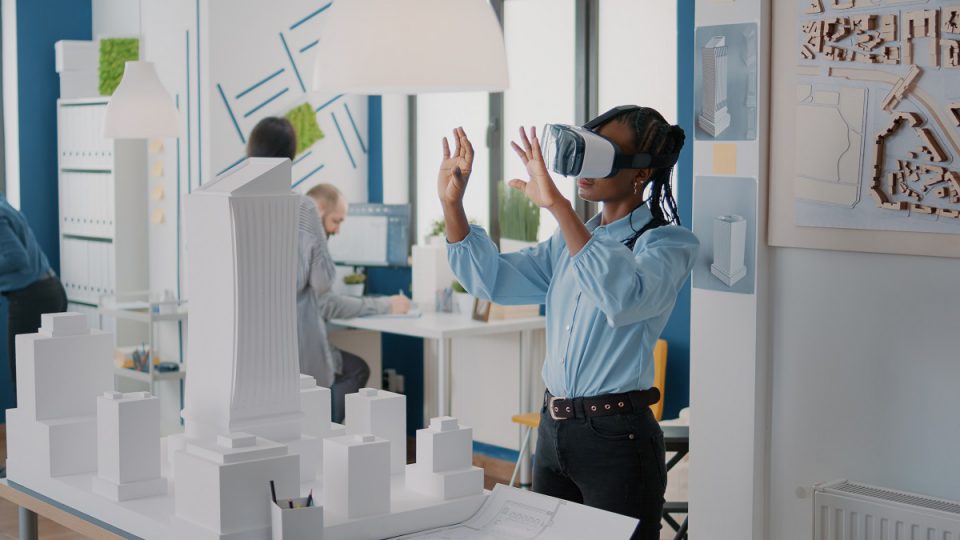 Virtual land is the latest craze to be sweeping the internet. The metaverse is already upon us, with virtual islands being created to host parties and land being sold on the metaverse for thousands of pounds. Sky News reported that £267 million worth of transactions related to buying and selling virtual land had been conducted last year. These trades took place in The Sandbox – the largest platform in the world for buying and selling digital property.

What is Virtual Land and Why are People Buying it?

Virtual land is effectively an empty plot of space, but instead of weeds, you’ll find an empty corner of the internet that’s yours to do with as you please. Virtual land represents an opportunity – it could be that you’re a brand wanting to find a new way to interact with your customers, or you’re someone who wants to create your own community for other people like you.

Virtual land is usually bought on an NFT marketplace and is recorded on the blockchain like when buying an NFT – and like the UK’s Land Registry without all of the red tape. It’s a strange concept to wrap your head around – virtual land sits somewhere between a website and Minecraft. It’s best to think about it as a website that you can walk around, like a virtual shop, rather than a video game. People can sell virtual clothing, educational courses, use it to display artwork (great for people that already own NFT artwork) etc.  Virtual land offers opportunities to have more interactive meetings or attend unique events – the opportunities are endless.

Is Virtual Land a Good Investment?

Some of the people who have bought virtual land don’t actually have any plans for it, other than to use it as an investment. Virtual landowners can rent it out for others to use, launch a business on the plot, or simply hold onto it and sell it on for a profit when the popularity of virtual land increases – one plot of land has already sold for $2.4 million.

Some people have heralded the metaverse or web 3.0 as it’s otherwise known, as another Bitcoin – just getting off the ground before its value skyrockets. Others are less convinced of the value of the metaverse, saying that it’s a fad that will die out in a few years. If the metaverse does take off then landowners could make a huge return on investment, but if it doesn’t take off they’ve lost a lot of money – it’s simply too early to tell right now.

What Industries are Involved?

Whether metaverse or similar is a gimmick or whether it is here to stay remains to be seen, but what we do know is that it is something consumers are interested in now – which means that industries should be paying attention and providing this. The online gaming and casino industry has always been one to pay attention to technology and ensure that it does what it can to stay on top of what it offers players. With virtual reality offering a whole new level of gaming experience it stands to reason that the online gaming industry is going to be one of those industries that want a piece of this. Whether we’ll see this expand into online shopping, banking and other types of entertainment remains to be seen – but digital property platforms such as The Sandbox will certainly have you believing that they will!

Will the Metaverse Last?

The metaverse has a chance of being hugely successful, but it also has the potential to be the biggest flop since mini CDs. Bloomberg said that the metaverse makes no sense, while Vulcan Post predicted it will be one of the biggest flops in the history of the tech industry.

If you ask people that are already financially and emotionally invested in cryptocurrency and NFTs, they’ll tell you that the metaverse is already successful and will revolutionise the internet, while mainstream media talks about how the metaverse is going to, or is already, failing.

The argument of people that say the metaverse will fail is that it doesn’t provide anything that web 2.0 doesn’t. The metaverse is trying to solve problems that no one has – web 3.0 simply isn’t different enough to survive. In fact, The Technology Letter argued that it will end up as a weird extension of the video game industry and nothing more.

Those who are in favour of the metaverse argue that it will revolutionise the way that we use the internet so it doesn’t need to solve problems – it’s simply improving what we already have.

Ultimately it’s likely that web 2.0 and the metaverse will exist simultaneously, with web 3.0 almost acting as a subculture for those who want to be more of an active part of a community than simply writing in a forum. In all honesty, it’s almost impossible to tell if the metaverse will fail because it’s too early in the technology’s development, but with large companies like Microsoft, Apple, Spotify and Meta all investing in the technology it’s unlikely that it will entirely disappear. There is no denying that social media and online trends will continue to evolve like they always have but whether the metaverse is the future remains to be seen. It certainly has everything it takes to be popular, but we have seen this in other platforms that have been labelled the next big thing but never quite take off. There are certainly some people that have big money invested in virtual reality and the metaverse, so they’ll be doing everything they can to ensure it has the best possible chance of success.

Protecting Your Business from a Fire

The Regulations Around Online Casinos in Ireland

Stay Ahead of the Curve With the Latest Digital Marketing Trends