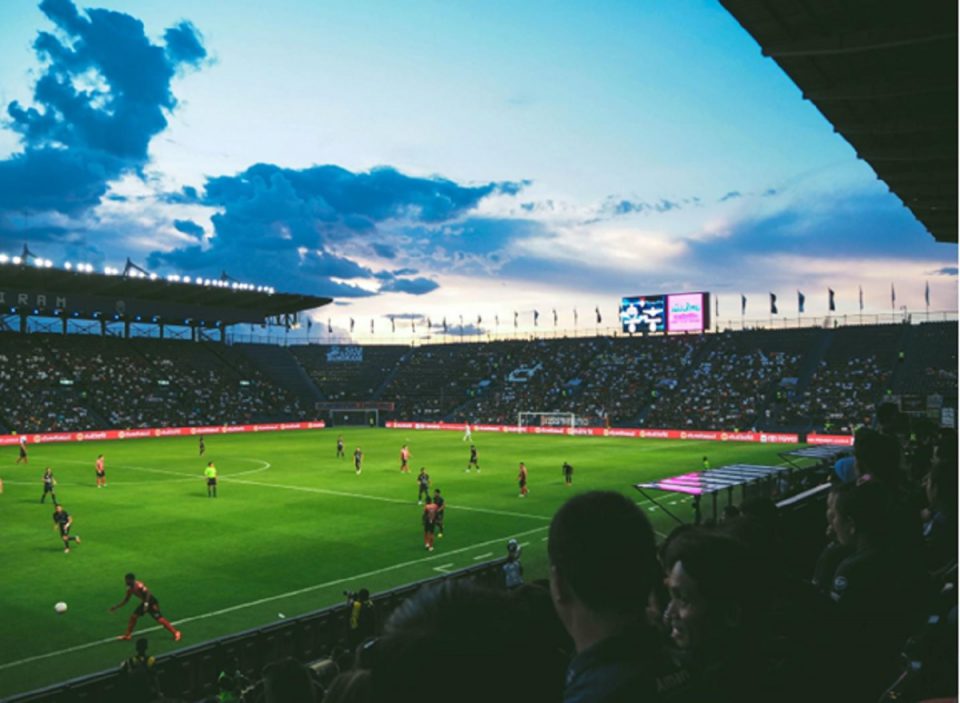 Premier League Football and American Football are two different games with a huge fan base worldwide.

To an American, Australian, or Canadian, soccer is a term used to refer to the well-known global sport, football. Soccer is played with a round ball that can be headed and kicked.

While American football is a game that comprises intense physical aggression among players with power, explosiveness, and speed. It’s more like a rugby game, played with an oblong-shaped ball that can be kicked and thrown. To the rest of the world, the term football or soccer means Associate Football and not American football. Although they are different, they have little in common.

The Differences Between EPL Soccer And American Football

Object Of The Game

In American football, the ball is of a prolate spheroid shape as long as 28cm and a circumference of 56cm from the center, weighing 0.875lbs.

While the ball in soccer is spherical, it has a circumference ranging from 68cm to 70cm and a weight between 410g to 450g.

On the other hand, the pitch for American football is usually about 110m long and about 50m in width.

In a typical American football match, the game is divided into a quarter of 15 minutes each. There is usually a halftime intermission after the second quarter. Here, the game stops recurrently between plays.

In soccer, it’s usually 90 minutes long match divided into two halves of 45 minutes each. Here the point-based system is used to announce the winner of the tournament.

American Football: In American football, scoring points is the objective. Six points can be earned by carrying the ball over the opponent’s touchline, and three points can be gained by kicking the ball inside the goalpost, also called a field goal. Each time the ball is carried over the touchline, it’s known as a touchdown.

Soccer: In soccer, the objective is to score goals. Goals are awarded through field goals, free kicks, corner kicks, or penalties. Only the foot, chest, or head can be used to pass or score goals; it’s called a foul if a player uses his hands to pass and score goals.

Number Of Umpires Or Referees

Soccer: In soccer, there are five referees, one on-field referee, an assistant referee (linesmen), a fourth official, and a Video Assistant Referee (VAR).

American football is predominantly played in Canada, America, and Australia. In contrast, Association football or soccer is played in most countries of the world.

In American Football, the number of substitutions allowed is unlimited, meaning you can substitute as many players as possible.

While in soccer, only three substitutions are allowed.

On the other hand, players use shin guards and boots in soccer, and goalkeepers can use hand gloves.

American Football: In American football, the most popular league is NFL (National Football League). It’s one of the major non-amateur sports leagues in America and the wealthiest in terms of revenue.

EPL Soccer: The Football Association’s (FA) most popular league is the English Premiership League. This soccer league is one of the most popular leagues worldwide, and it also draws an immense number of soccer odds hunters. In fact, it’s the highest country club league with the most viewership in the world—only second to the UEFA Champions League.

The highest governing body in American Football Is the IFAF (International Federation of America), established in 1998, and headquartered in France.

While FIFA (Federation International Football Association) is the highest international governing body of soccer. The organization was founded in 1904, with its headquarters in Zurich having 211 members.

American Football and the EPL are interesting competitions that draw interest worldwide. These competitions are hotly debated on which is the best, their similarities and differences.

It’s important to note that while these sports and leagues are different, they are the best and most popular in their respective areas.