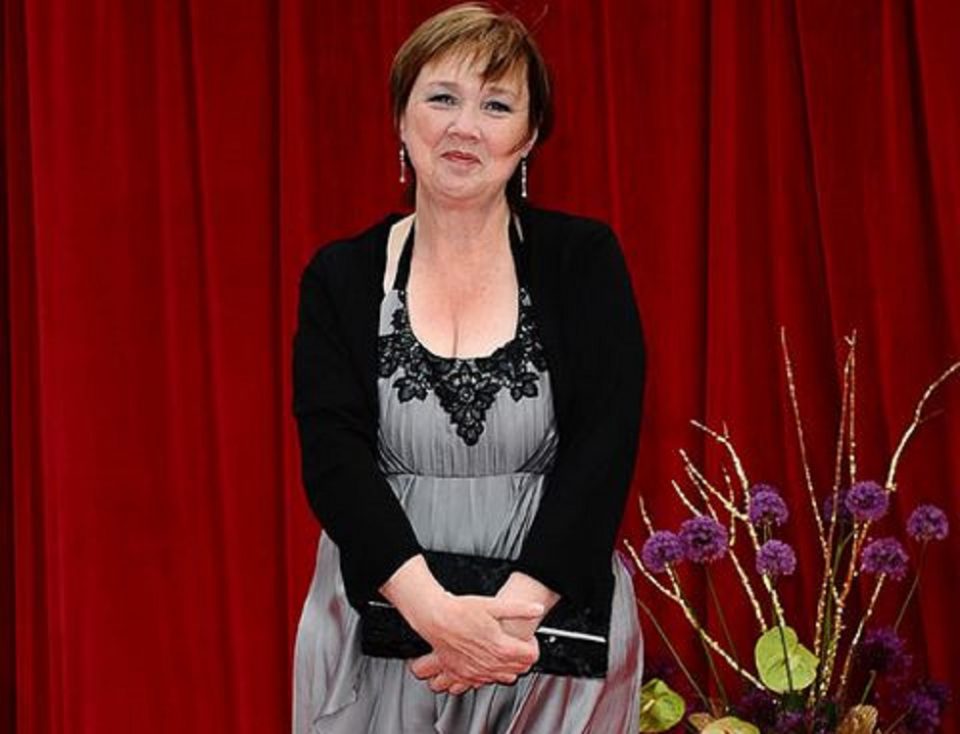 Pauline Quirke is best known for the role of Sharon, in the television series Birds of a Feather, she is alongside her friend Linda Robson. Pauline began her acting career at the age of eight, with an appearance in Operation Thunder. The English actress has appeared in numerous movies and TV shows. Pauline had a small role in the film Elephant Man, in 1980. From 2000 to 2003, she played alongside Warren Clarke in the series broadcast on the BBC; To Earth.

In 2004, she played Dixon in the soap opera North and South.

Pauline Quirke: 6 Things To Know About The BAFTA Nominated Actress!

She has 2 kids Emily and Charlie (who stars as Travis in Birds of a Feather):

The Down to Earth actress has two children and is married to producer Steve Sheen. They currently reside in Penn, a village in southern Buckinghamshire.

During an appearance on The Paul O’Grady Show in 2007, Pauline Quirke revealed a secret:

She spoke of suffering from severe stage fright and nerves and she usually refuses to appear on live television shows.

Quirke set up The Pauline Quirke Academy of Performing Arts:

In 2007 Quirke set up an extracurricular centre for young people who want to learn performing arts. It opened its doors at various locations across the UK – currently more than 200 academies!

Quirke began her career as a child actress:

She was only eight years old when she made an appearance in Dixon of Dock Green. Another early role was  in the 1975 TV drama Jenny Can’t Work Any Faster – she played the role of an autistic teenager.

By 1976 the Emmerdale actress had her own TV show, Pauline’s Quirkes, on Thames Television, which featured pop music, teenage topics, and comedy sketches. In 1976 the Sharon Theodopolopodous actress played the lead role in the “Special Offer” episode of ATV’s Beasts, by Nigel Kneale, also starring Geoffrey Bateman, Wensley Pithey and Ruth Goring. The now 61-year-old also had a small role in the movie The Elephant Man in 1980, with future Emmerdale colleague Lesley Dunlop. Soon after that she portrayed the role of Veronica in Shine on Harvey Moon, a British television series made by Central Television for ITV from 8 January 1982 to 23 August 1985 and briefly revived in 1995 by Meridian.

Quirke’s big break came in 1989, in the BBC sitcom Birds of a Feather:

She began playing the part of Sharon Theodopolopodous with Linda Robson and Lesley Joseph and remained with the series until its end in 1998 after nine series and over 100 episodes.

Between 1994 to 1999, the future BAFTA TV Award nominee appeared in a series of Surf adverts with Linda Robson, and the pair worked together on the BBC documentary series Jobs for the Girls. In 1996, the English actress starred in the BBC television adaptation of The Sculptress by Minette Walters, receiving much critical acclaim for her performance, including a British Academy TV Award nomination for Best Actress. When Birds of a Feather concluded, Quirke began playing DI Maisie Raine in Maisie Raine, a drama series for BBC One, which played on between 1998 and 1999.

From 2000 to 2003, the English actress starred opposite Warren Clarke in the BBC series Down to Earth. She made a return to comedy in 2000 when the Birds of a Feather actress starred with Neil Stuke, Robert Daws and Pippa Haywood in BBC sitcom Office Gossip. After a promising start with over six million viewers, the show saw its ratings fall and it was cancelled after only one series. However, she was nominated for Most Popular Comedy Performer at the National Television Awards for her portrayal. In 2002, Pauline Perpetua Sheen, now 61, starred alongside Nitin Ganatra in Being April, a comedy drama for BBC One.

The actress who is a mom of 2 children, appeared in Carrie’s War in 2004 and in 2005, played a major role in The Bill (a show she claimed she longed to be on saying, “I must be the only actor in the UK that hasn’t been in The Bill!”), as Cath Wilson, a woman wrongly convicted of murdering a child.

In 2006, the English actress also played the role of Colleen McCabe in The Thieving Headmistress and in 2008, she appeared in an episode of My Family as Sharon the Bank Robber.

In 2009 and 2010, she played the lead role in the BBC daytime drama series Missing as DS Mary Jane “MJ” Croft, head of a Missing Persons Unit. In May 2010, it was announced that Pauline Perpetua Sheen, now 61, would be joining the rural soap opera Emmerdale as Hazel Rhodes, the mother of established character Jackson Walsh.

Quirke said: “I’ve never done anything like this before so it’s something different for me and I’m very happy to be a part of it.” On 16 May 2011, it was announced that the Birds of a Feather actress had decided to quit Emmerdale. Hazel left on 25 January 2012, and the Broadchurch actress has since said she would like to return.

Since 2013, the now 61-year-old has been recurring as Susan Wright in ITV drama series Broadchurch. Did you know? her pet Labrador, Bailey also appears in the programme!

On 2 January 2014, the English actress returned to play Sharon Theodopolopodous when

The second series premiered on 26 December 2014 as ITV decided to revive Birds of a Feather. The show also had a third series which premiered on 7 January 2016.

In 2015, the mother of 2 portrayed the role of Paula Winton in the ten-part comedy thriller You, Me and the Apocalypse for Sky1.

She’s been on a number of other shows as well:

Pauline Perpetua Sheen, 61, has been a guest panellist on Loose Women on two occasions. Quirke has frequently been spotted in the audience of Strictly Come Dancing and has appeared on its companion show It Takes Two more than once.

The Birds of a Feather actress was a contestant on BBC’s Celebrity MasterChef in June 2007, but was disqualified for creating a dish that was described by Lloyd Grossman as “in no way resembling a meal”.

How to Make Your Train Journey More Productive

Why Is Sun of Egypt Hold and Win Such a Popular Slot?