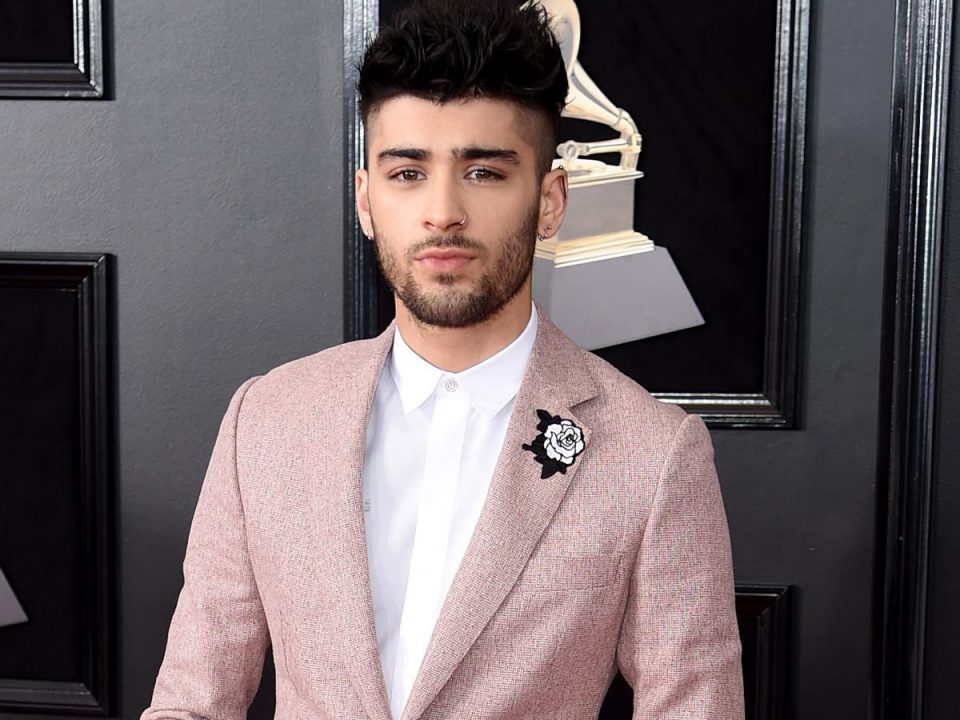 An English musician and lyricist, Zayn Malik is known for having been a member of the boy band One Direction. In 2010, Malik auditioned as a solo artist on X Factor in the British reality music competition. After failing as a solo artist, Malik was brought back into competition with four other participants who were around the same age to form the boy band that would later be known as One Direction. This event would change the course of his life. Zayn would later split from the boy band in March 2015 and later signed a solo recording contract with RCA Records. In his career with One Direction, the British artist has composed songs such as “Everything About You”, “Taken”, “Same Mistakes”, “Last First Kiss” and “Summer Love”, belonging to the albums Up All Night and Take Me Home.

In 2012, Zayn was honored as the Most Wanted Male Celebrity of the Year. The male artist, who debuted at number one in both the United Kingdom and the United States, made his debut with solo and debut albums. Malik is the recipient of several awards, including the American Music Award, the Billboard Music Award, and the MTV Video Music Award. His second studio album, Icarus Falls, was released in December 2018. In this article, we take a look at Zayn Malik’s beginnings as a young teenager and some other rare, interesting things about his career.

Zayn Malik: 7 Reasons For Why Music Was Always His Destiny!

Since he was 15 years old, Zayn used to smoke cigarettes, but in October 2012 he expressed that he was concerned about his health and that he was going to try to kick the habit. He has also shown some addiction to tattoos.

The singer has stated that he suffers from aquaphobia, but despite this he is very fond of sharks, especially the hammerhead shark. Zain Javadd Malik’s favorite song is Michael Jackson’s “Thriller”, his favorite album is Chris Brown’s Graffiti, and his most beloved boy band group is N’Sync.

It was said that a young Malik began to take pride in his exotic appearance after leaving school at the age of twelve, the young artist took a performing arts course and appeared in school productions. He grew up listening to his father’s English music records, initially R&B, reggae, and hip hop.

Using R&B and rap as his main musical influences, Zayn began writing raps while going to school. Braving the stage, he sang in front of an audience for the first time when singer Jay Shawn visited his school. Malik has been boxing for two years, from 15 to 16 years. Before starting his music career, he planned to pursue a career as an English teacher.

He was in a relationship with singer Perrie Edwards from 2012 to 2015. At the end of that year, he began a relationship with model Gigi Hadid. The couple temporarily broke up in mid-2018 and in December 2019 they announced their reconciliation. In April 2020 Jelena Gigi Hadid confirmed on The Tonight Show Starring Jimmy Fallon that the supermodel was expecting a daughter from her partner Zayn Malik. Her daughter, Khai, was born on September 19, 2020.

Zayn Malik was born on January 12, 1993 as Zain Javadd Malik. He would later change his name to “Zayn” which would be his stage name as he thinks he looks “more original” with a “y” than an “i”.

The singer grew up in the city of Bradford, United Kingdom after being born to his father Yaser Malik and Tricia Brannan, and has two younger sisters, Waliyha Malik and Safaa Malik, as well as Doniya Malik (his older sister).

He came from a working class family, and grew up with the busiest neighbors. The future British icon first grew up in the East Bowling area, south of Bradford, and studied at Fields Primary School and Tong High School. When Zayn was a child, he was shown to be somewhat hyperactive. Even at his mother’s house, he used to play a lot with his car.

5. Early love for music and how X-factor gave him second chances:

As a teenager, his mother explained to the Daily Record newspaper that he spent most of his time on his computer listening to music and singing alone for hours.

In 2009, Zayn entered to audition for The X Factor, but from severe anxiety and nervousness, he withdrew before he could appear before the judges. Then, in 2010, he auditioned for the song “Let Me Love You” by Mario Dewar Barrett and got to advance to the second stage. However, he refused to dance because he had not perfected his movements, so he was at risk of being expelled and did not qualify in the “Boys” category of the program. Eliminated before the final stages of the competition, he was drafted by judges Nicole Scherzinger and Simon Cowell, who allowed him to continue the competition in a group formed with four other candidates: Harry Styles, Niall Horan, Liam Payne and Louis Tomlinson.

Called One Direction, the boy band became extremely popular with the public. Placing third, the boys immediately land a contract with Syco, the label of Simon Cowell, who believes very strongly in the potential of the group.

Although they did not win, Zayn Malik and his band rose to the top of the charts with the single “What Makes You Beautiful” which was released in September 2011.

In an interview with VEVO, he stated that before auditioning for The X Factor, he used to be a bit shy and liked him. It was scary to appear in front of the cameras or to too many people but eventually he overcame his stage fright.

In the spring of 2013, One Direction announced a third album for the end of the year, before touring the stadiums in 2014.

The separation came in just a year and in March 2015 after five years of success within the group, Zayn Malik announced his intention to leave One Direction. The singer, worn out by fame and the spotlight, declares that he wants to devote himself to his private life. Suffering from stress and anxiety, the singer left the group’s tour after a concert in Thailand before announcing his final departure in a statement posted on Facebook.

Soon, his solo career began. On July 29, 2015, Zayn Malik announced on Twitter that he had signed his first contract as a solo artist with the RCA Records label, which notably manages the careers of Britney Spears, Miley Cyrus, Alicia Keys, and even A$AP Rocky. A few days later, Perrie Edwards confirms that Zayn has broken off his engagement with her.

On January 29, 2016, he released his first single without One Direction entitled “Pillowtalk”. His first solo album “Mind of Mine” was released on March 25, a year to the day after his departure from the group.

From there, his career takes flight – the success of the album is immediate and it starts at the top of the charts in ten countries. He then released the songs “Like I Would” and “Wrong”. However, it was difficult for fans to forget “Pillowtalk” and its clip with Gigi Hadid… and for good reason, Zayn Malik formalized his relationship with the top model in February.

After the triumph of his album, the handsome kid is approached by other artists. Singer SIA calls on him for her new album. He also recorded the song “wHo” for the 100% female reboot. Even if he is in demand everywhere, Zayn Malik still finds the time to write his autobiography in which he returns to One Direction. At the end of 2016, the singer made the buzz by releasing a surprise title in duet with Taylor Swift. Together, they recorded “I Don’t Wanna Live Forever” for the soundtrack of the film “Fifty Shades Darker”. In the process, Zayn Malik announces that he is working on a new album.

Between 2017 and 2018, Zayn released his second album Icarus Falls containing 27 songs. On September 25, 2020, Malik released a single titled Better and the release of his third album, Nobody Is Listening.

7. Did you know about his fashion projects?

In June 2018, the brand The Kooples announced a collaboration with the singer for the fall 2018 collection. Since October 2016, he has collaborated with the company Versace. As an artistic director, he prepares a capsule collection for men and women called Zayn X Versus. It was marketed in May 2017 for which he is also the advertising face of the brand’s two campaigns, in particular the 2017 spring/summer collection.

In February 2019, the Filipino brand Penshoppe collaborated once again with the singer for the men’s spring/summer collection.

Varifocal Glasses- a Perfect Partner for Your Eye Health

Mangastream: Best Alternatives to the Manga Reading Site in 2021