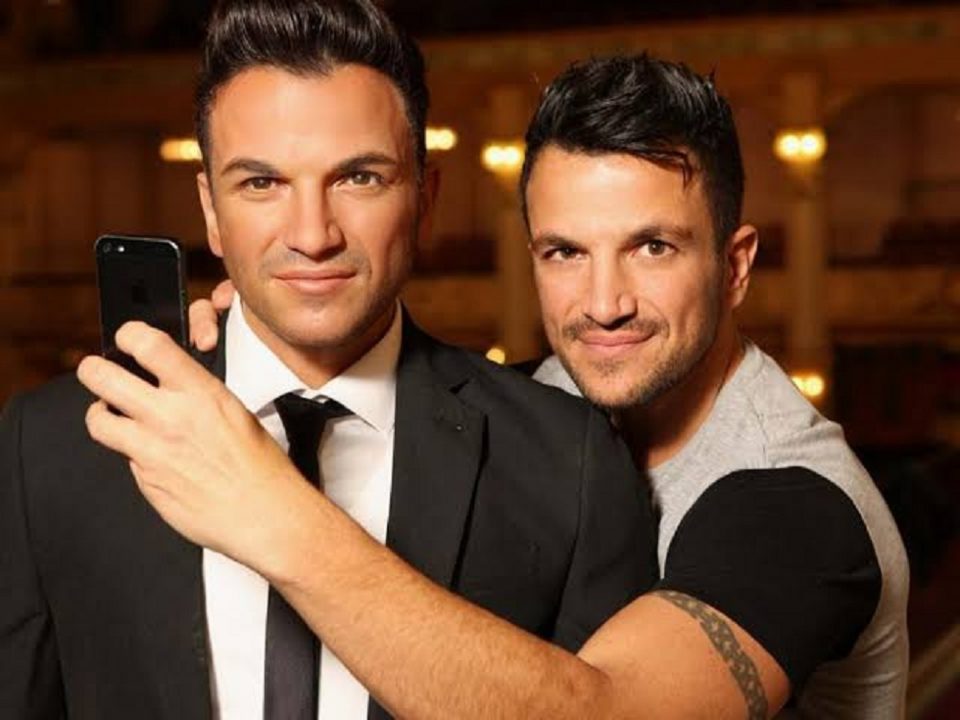 Who is Peter Andre?

Peter Andre first shot to fame as a singer. He released superhit singles such as “Mysterious Girl” and “Flava ” and became one of the most popular singers in the world. Peter Andre is also renowned for making an appearance on the third season of I’m a Celebrity…Get Me Out of Here!, along with the thirteenth season of Strictly Come Dancing, during which he partnered with Janette Manrara.

Who was Peter Andre Married to?

After his divorce in the year 2009, Peter Andre released the album Revelation with the single “Behind Closed Doors”. The single peaked at No. 4 on the UK Singles Chart. He followed that album’s success with his sixth album Accelerate, which was released in 2010.

Where was Peter Andre born?

Peter Andre was born on February 27th 1973 in the Harrow locality of London. Peter Andre’s descent is from the countries of Greece and Cyprus. During the year 1979, when Peter Andre was six years old, his family relocated to Sydney, Australia. Three years later, Peter Andre’s family settled on Australia’s Gold Coast.

When he was 11 years old, Peter Andre finished second behind Wade Robson in a dancing competition. The winner got a chance to meet the King of Pop Michael Jackson.

During the year 1989, a 16-year-old Peter Andre participated in an Australian talent show called New Faces. After winning that talent show, Peter Andre was rewarded with a recording contract for $146,000. Around the time that he received his first record deal, Peter Andre used to live in a beachside apartment in Surfers Paradise. He was a student of the Benowa State High School on the Gold Coast during that time as well. Peter Andre was raised as a Jehovah’s Witness, but he doesn’t follow it anymore.

How did Peter Andre start his music career?

During the early 90s, Peter Andre started establishing himself in the Australian music scene. Peter Andre released his debut single, “Drive Me Crazy” in the year 1992. The single went on to peak at number 72 on the Australian singles chart. However, Peter Andre achieved his musical breakthrough with the help of his second single, “Gimme Little Sign”. That song climbed all the way to number 3 on the Australian singles chart and spent a grand total of 31 weeks on the charts. During the year 1993, Peter Andre won an ARIA Award for the highest-selling Australian single of the year. Peter Andre’s second studio album was released worldwide on September 30th 1996. The album was a hit and it topped the UK Albums Chart. The super hit album included the hit single (and Peter Andre’s most famous song) “Mysterious Girl”. That song peaked at number 2 on the UK Singles Chart. After achieving such incredible success in the UK, he re-located over there during the mid-90s.

After three and a half years of marriage, the couple became estranged in May 2009 and started living separately. They signed on the divorce papers in September 2009.

Three years after his divorce with Katie Price, Peter Andre started a relationship with a young medical student named Emily MacDonagh. On January 8th, 2014, she gave birth to Andre’s third child, a daughter, Amelia aka ‘Millie’. On July 11th 2015, Peter Andre and Emily Macdonagh got married at the Mamhead House in Exeter. A year and a half later, Macdonagh gave birth to the couple’s son, Theodore James aka ‘Theo’ on November 22nd 2016.

What other things has Peter Andre done?

Peter Andre and Jason Manford served as team captains on the popular ITV series Odd One In in July 2010.

Peter Andre also served as a guest judge on the popular ITV entertainment series, Your Face Sounds Familiar in the year 2013.

In 2014, Peter Andre’s lead single from his album Big Night, “Kid” was used in the soundtrack for the film Mr. Peabody & Sherman.

On October 8th 2014, Peter Andre and Jamelia served as co-hosts of the the ITVBe opener.

In the year 2014, Peter Andre also became the new face for the TV commercials of Supermarket Iceland.

Peter Andre has also appeared on the ITV weekly show Give a Pet a Home. The show worked alongside Birmingham’s RSPCA to rescue and rehabilitate abandoned pets.

In September 2015, he appeared in the 13th season of Strictly Come Dancing with Janette Manrara. The team of Andre and Manrara finished seventh in the competition.

What are some of Peter Andre’s most famous albums and songs?

The complete discography of famous British-Australian pop star Peter Andre consists of eleven studio albums, three compilation albums and twenty eight singles. Peter Andre has sales of over 920,000 albums and 1.4 million singles in the UK, making his total UK sales 2,320,000 according to the BPI. His current Australian sales stand at over 1,000,000.

Why has Peter Andre criticised the Brit Awards?

This decision didn’t go down very well with Peter Andre. He was fuming at the organising committee’s decision of getting rid of the best male and female artist in favour of a non-gendered category.

Peter Andre said: “I’m fine with Sam and other people identifying themselves however they like, but I don’t agree with getting rid of best male and female categories.

I think it’s all going way too far now. By all means add a brand new gender-neutral category, but what’s wrong with celebrating the exceptional people in the music industry who identify as men and women?

“I don’t get it. The problem is people get offended way too easily nowadays.”

Peter Andre’s opinion is shared by Good Morning Britain’s host Piers Morgan. When Sam Smith had come out as non binary/gender-queer, Piers Morgan had said: “I think it’s just great that time-honoured traditions should be scrapped because one guy can’t decide if he is male or female.

So they are saying they want to accommodate non-binary performers like Sam Smith. Now he’ll enter the non-binary categories.

“The whole point of having gender categories is to make it fair, to make it equal. Now we are going to go the other way.”

Piers Morgan said that he thinks it’s a load of nonsense and suggested that every category at the awards ceremony will need to change now as “that is the way it goes”.

Piers Morgan added: “Well I think it is a load of nonsense. The idea you have to change entire award categories for one guy, it’s nonsense.”

However, a source within the organizers committee told The Sun : “Bosses are listening to changes happening in the industry. The categories will evolve in the coming years.

The male and female categories will still be in place next February but changes are being planned for the following year.

Organisers will be consulting labels and artists alike to work out what is best for the future of the Brits ceremony.”