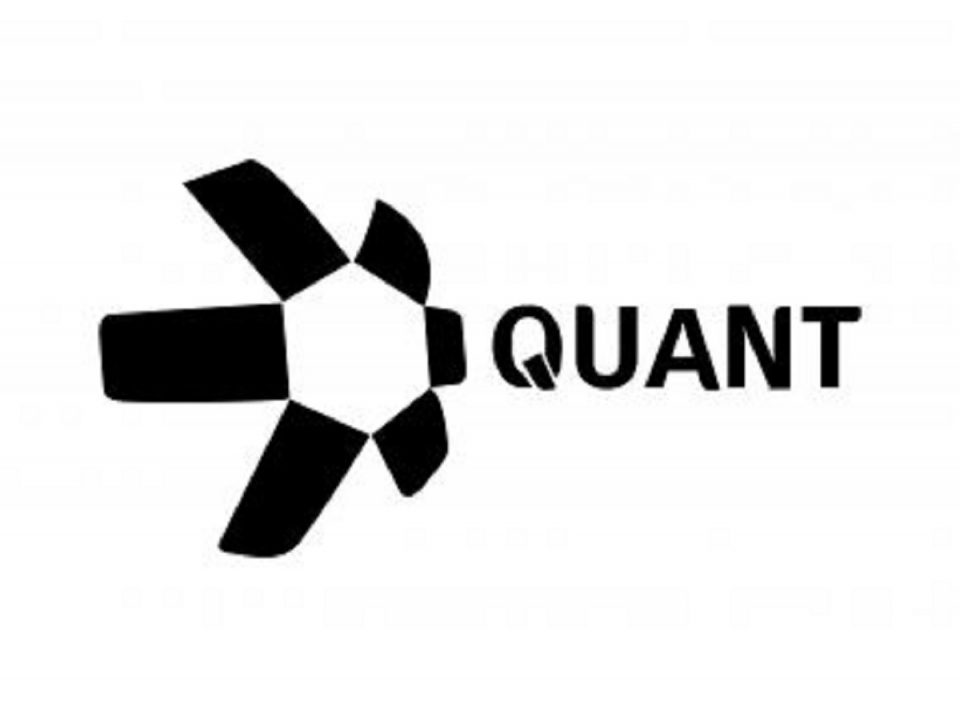 The Quant Network project is built around the QNT token on a blockchain operating system. It enables blockchain interoperability and greater flexibility to connect global networks and chains. In this post, we will find out more about it. Let’s get started.

Quant (QNT): All You Need To Know

In 2015, Gilbert Verdian, a technologist with a background in e-business and strategic management, Paolo Tasca, a PhD in business administration, and Colin Paterson Quant, working in energy science, created the ecosystem. In May 2018, the ICO of the company, where the idea of ​​Quant was developed, was held.

The idea of ​​creating Quant Network was born when Gilbert Verdian, CEO and founder of the project, was working in the healthcare industry. Verdian then identified the key role of interoperability in providing coverage for patients enrolled in various networks and across multiple datasets.

Prior to Quant Network, Verdian served as the chief information security officer (CISO) for Vocalink, a Mastercard card company, chief information officer for NSW Ambulance, CISO for eHealth NSW, and security leader for the UK Department of Justice.

The second co-founder, Dr. Paolo Tasca, is an entrepreneur specializing in distributed systems, as well as a digital economist. Dr. Tasca has served as a special advisor on blockchain technologies for the EU Parliament, the United Nations and many central banks around the world. He is also the co-author of several books on fintech and is the co-founder and chairman of the Retail Blockchain Consortium. The Quant Network team aims for the best by pursuing a perfectionist course to ensure that blockchain technology is used in the most effective way.

What is Quant (QNT)?

Quant Network (QNT) was launched in June 2018 with the aim of interconnecting blockchains and networks on a global scale without reducing the efficiency and interoperability of the network. It is known as the first project to solve the interoperability problem through the creation of the blockchain operating system.

What is the purpose of Quant (QNT)?

The main purpose of Quant Network (QNT) using Overledger is to fill the gap that exists between different blockchains. The backbone of the project is the Overledger network, the ecosystem on which Quant will build the future digital economy ecosystem.

Overledger allows developers to build decentralized multi-chain applications (known as mApps) for their customers. Developers must own a certain amount of Quant Network tokens (QNT) to create an mApp on the network.

Overledger represents the core that should be built around a future digital economy ecosystem that will allow developers and businesses to build decentralized multi-chain applications for their customers. Also, being a part of Overledger will only be secured by the use of QUANT (QNT) tokens, which are used to pay platform usage fees or annual licenses.

Removing communication barriers between blockchains and support for using mApps as dApps running on multiple different ledgers led the Overledger team to design an architecture that should support both interoperability and scaling. The architecture in question is actually inspired by TCP/IP models used with communication networks. The developers decided that the best way to achieve the platform’s goals was to organize Overledger into layers that perform individual tasks, these layers are described as follows.

The transaction layer manages the storage of transactions using ledger technology. It hosts all the operations needed to reach consensus in several blockchain domains. This is facilitated by placing all related transactions in a single layer, however, the scope of transactions made on a particular blockchain is limited to that domain. In other words, they cannot be made valid in other books. Therefore, this layer consists of both miscellaneous and isolated ledgers.

The messaging layer, also considered the logical layer, handles all the information received from the ledgers that are considered relevant. Related types of information include smart contract data, metadata, and transaction data. In the case of metadata, the inserted strings usually represent a digest of off-chain messages that could be interpreted as payload. This layer is also used for storing all transaction information and summaries of messaging between multiple applications.

The Filtering and Sorting layer specifically processes messages that are extracted and consist of transaction information. Messages referenced in the transaction via an off-chain swapped hash are subject to sorting and filtering. The Filtering and Sorting layer is responsible for linking messages originating from the Messaging Layer. This layer also validates off-chain messages for metadata. The validation engine checks the application requirements that can be defined in the transaction data. For example, the application may be set to only accept transactions involving a specific address, or it may require payment in tokens to be transferred. Due to the filtering done in this layer, applications can only consider messages that involve the transfer of a predefined amount of tokens to a specific address.

Messages that are considered valid, depending on whether they have the desired format and signature in the application layer, can update their respective application status. Various applications may share the same messages or reference messages related to other applications. These references use one-of-a-kind hash pointers that refer to message digest and ledger transactions. Pointers refer to the storage location of a particular cryptographic hash. They also act as identifiers that can be used to select a transaction from the database and verify its unchanged state.

What is the Quant Network mission?

The network uses Distributed Ledger Technology (DLT), but the lack of simplicity and possible interoperability, as well as the inability to integrate with different generation systems, prevent the technology from realizing its true potential. Today, DLTs can find use in almost every industry for a variety of applications. This also reflects the existing processes of technology. The problem that may arise is that developers use DLT or blockchain solutions to their advantage because these approaches can harm such projects.

In contrast, the Quant platform is standard and protocol independent, simplifying the work and being able to connect the system to any network, any DLT anywhere in the world. It helps to share and exchange information and value in a secure, simple and cost-effective way.

In addition, Quant Network (QNT)’s solutions enable easy implementation, focused innovation, and reliable support to get the most out of any DLT.

The Verdian-led team began solving a number of problems to reveal a future concept called the “Internet of Trust”:

One of the important structures of the Quant Network ecosystem is the Quant treasury. The Treasury allows businesses to pay in fiat for licenses to be used to purchase QNT tokens directly on public exchanges. Purchased QNTs will remain locked in the treasury for the duration of the license. If it refreshes it will be locked again. QNTs help limit supply and create buying pressure as the Quant Network ecosystem grows.

Ethereum 2.0 And The Best Memecoins For You