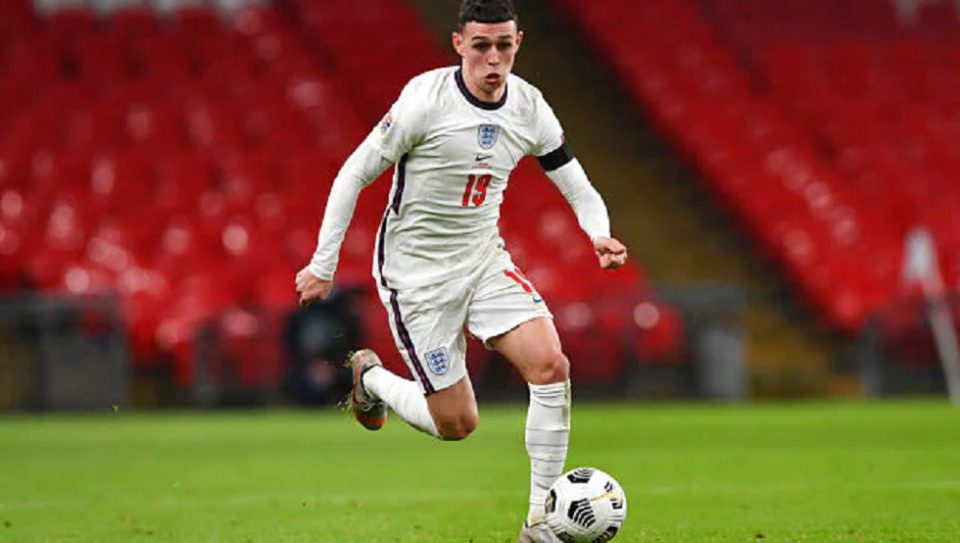 Phil Foden, dubbed as the ‘Stockport Gazza’, is undoubtedly one of England’s most talented players since Paul Gascoigne. The Manchester City playmaker has world-class potential, and, under Pep Guardiola, continues to improve. However, for all of the 21-year-old’s technical excellence, few appear to know his best position. With that, let’s look at where Foden is most productive on the field.

Neither Guardiola nor Southgate Appears to Know

Foden made his first appearance for England in September 2020 against Iceland. In the match, the 21-year-old started alongside James Ward-Prowse and slightly ahead of Declan Rice in midfield. Since then, Gareth Southgate, the Three Lions manager, has played the Manchester City playmaker as an attacking midfielder and right-winger. In the opening two group games of the 2020 European Championships, Foden started from the right flank, helping England enjoy an unbeaten start. Because of that, as of July 2nd, the Three Lions are 15/8 in Euros betting odds to triumph in the tournament and lift the sought-after trophy.

Contrastingly to Southgate, Guardiola plays Foden down the left-hand side. According to Transfermarkt, the Stockport-born midfielder featured in 49 games for the Citizens in the 2020-21 season. Of those, Foden played 30 matches as a left-winger. This position generated fruitful results, with the Academy graduate scoring nine goals and creating a further eight. Guardiola only played the left-footer from the right flank on three occasions, and it offered a return of one goal and no assists.

Is Foden’s Versatility a Blessing or a Curse?

While Foden’s club and national team managers deploy him as a winger, this isn’t the 21-year-old’s favored position. As per Manchester Evening News, the playmaker hopes to be playing one day regularly as a number eight or ten. However, Foden plays an integral part in Guardiola’s title-winning system at the Etihad from the left flank. Along with creating width by hugging the touchline, Oleksandr Zinchenko’s freedom to push forward enables the player to drift inside and into the half-spaces between the lines. Although this benefits the Citizens, it’s not necessarily something that England will experiment with under Southgate.

It’s no secret that since Southgate became the England manager, the Three Lions have adopted a pragmatic style of play. As such, defensive solidity has been at the forefront of the national side’s mindset, meaning that the full-backs don’t adopt a Zinchenko-like role. Because of this, Foden isn’t able to drift inside from the left, which may be why Southgate favors him down the right flank. Although the five-foot-seven midfielder can play in various positions, finding his best role is of utmost importance. If Foden can fulfill his potential, he has the scope to become England’s best player, so he shouldn’t be compromised in favor of other squad members.

Best from the Left?

Foden, a nominee for the PFA Players’ Player of the Year award 2021, is a valuable asset for both club and country because of his versatility. However, after a while, he’ll need consistency if he is to fulfill his undeniable potential. For the Citizens, the 21-year-old thrives from the left, meaning that Southgate may have to alter his national team plans to suit the Stockport Gazza.

The Key Differences Between Monero and Bitcoin

Lewis Hamilton or Max Verstappen – Who Will Win the F1 Drivers Title?