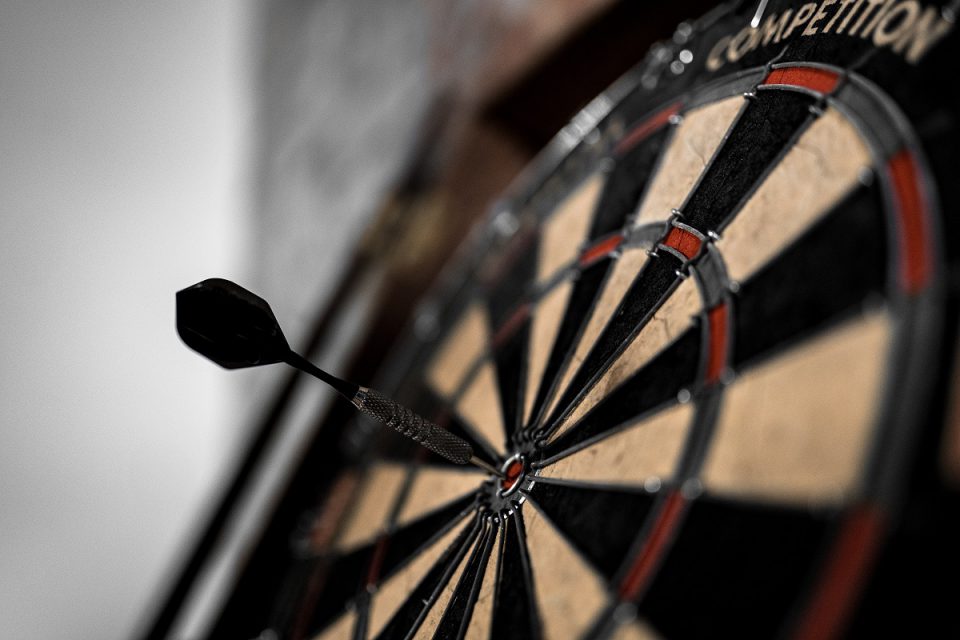 Dimitri Van den Bergh is currently ranked No. 9 in the PDC world darts rankings, also known as the Order of Merit. The Belgian stands out, not because of his style of play or on-stage presence, but because he is the only player in the current top 10 below the age of 30. This is not a new phenomenon in the game of darts, where the adage “age is just a number” really seems to apply.

In most sports, players reach their peak in the late 20s and can maintain top-level performance into their mid-30s if they are lucky. There are exceptions, of course, such as Phil Mickelson, who won one of golf’s major tournaments (2021 PGA Championship) aged 50. But darts is the one sport where players seem to peak at a much higher age, with some players dominating well into their 50s.

The current darts world No. 1, Peter Wright, is 52 years of age. He is priced at 6/1 in the darts betting to win the 2023 PDC World Championship. He is the reigning champion with two titles to his name. Phil Taylor was the same age when he won the last of his 16 world titles. There are two players over 50 in the current top 10 and two more in their late 40s. Apart from Van den Bergh, the rest are all over 30. Back in 2020, Wayne Warren became the oldest world champion on the BDO tour aged 57 years 219 days.

In 2017, 67-year-old John Magowan became the oldest player to feature at the PDC World Championship. This contrasts with Australia’s Mitchell Clegg who was just 16 when he appeared at the tournament in 2007. With an age range of 51 years between the oldest and youngest players to have featured at the sport’s elite event, darts really is unique. That’s why making darts predictions can be very different to other sports where players over 40 would be discounted as contenders.

Phil Taylor is the greatest player ever to grace the game, but he did not reach World No. 1 until he was 36. His rival Raymond van Barneveld was 40 when he first topped the rankings. Peter Wright had to wait until he was 51 to become world No. 1. In PDC history, only Michael van Gerwen reached the top in his 20s.

There has been much debate around darts’ credentials as a sport. Its presence as a social game in bars and clubs across the world has often prevented it from being taken seriously. Snooker once suffered from a similar crisis of identity but has benefitted from a PR makeover, which has seen it grow on a global level. The profile of darts has also risen considerably but it has yet to fully shake its image as a pub game.

In some ways, this is what makes darts unique. It has not forgotten its working-class roots. The sport still embraces the social club atmosphere, even in the biggest arenas. And the fact that most players seem to get better with age, makes it feel like a sport of the people. Darts crowds can relate to the players and imagine themselves up there on the stage.

Things To Remember as a Property Owner

Lenny McLean: The Hard Hitting Life and Career of The Guv’nor