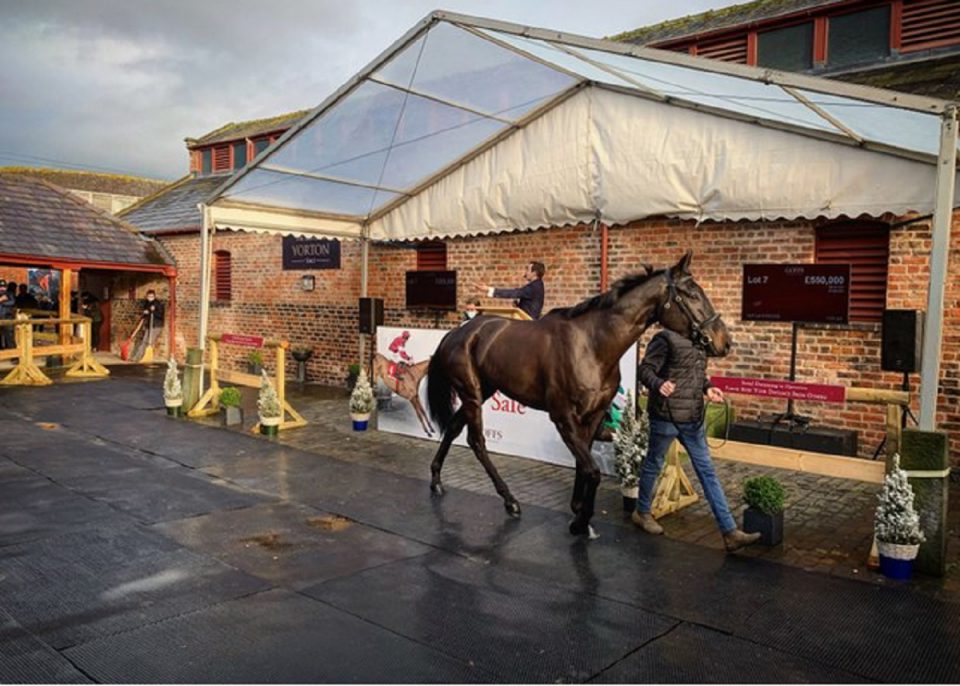 Owners J.P McManus and Cheveley Park Stud opened up their wallets in 2021 by breaking the record for the highest amount spent on horses at a public auction. McManus was first to the punch by acquiring Jonbon for an astronomical £570,000 ($773,840). The Cheveley Park Stud group then matched that figure to secure the services of Classic Getaway in their ranks for the long-term future.

Drama in the Welsh countryside as the highly-touted Classic Getaway brings £570,000 at the Goffs UK December P2P Sale at Yorton Farm 👉 https://t.co/xGiqr9iw5q pic.twitter.com/adUFoSPa7W

Both owners will be expecting to see bang for their respective buck during their tenures, and there will be pressure on the two trainers Nicky Henderson and Willie Mullins to get the best out of their charges. There are high hopes for Classic Getaway from the off as he is considered the leading contender in the odds for betting on horse racing for the Champion Bumper for 2022 Cheltenham Festival. However, a lot can change over the course of the National Hunt season, with form and injuries playing a crucial role in the success of a horse on the grand stage.

Therefore, it’s crucial to follow the horse racing betting tips to ensure that you have the correct information before placing a wager, although a bet on the ante-post for Classic Getaway might be prudent before he flashes his potential further. Mullins’ charge only competed once in an official race last season, and all eyes were on the brown gelding after his high-profile purchase. He made his bow at Tipperary and was the overwhelming favorite for the contest.

Patrick Mullins in the saddle had a lot of pressure on his shoulders, but he was able to guide his horse to a dominant victory over the rest of the field by 15 lengths. The sky is the limit for Mullins’ charge, and it will be very interesting to see whether he arrives at Cheltenham Festival next year as the one to beat in the Champion Bumper. Given the expense at hand, Cheveley Park Stud will be hoping that he has a long career that results in the ultimate success like his now stable-mate Al Boum Photo.

Jonbon appears to have a tougher road to the top as all the early indicators out of Nicky Henderson and his yard are tracking the horse towards hurdles in his first full campaign. The French thoroughbred enjoyed an excellent start to his racing career under Henderson, with his premier jockey Nico de Boinville riding the horse to success at Newbury by a comfortable margin in a flat race. He does have a strong racing pedigree as his brother Douvan was dominant on the National Hunt for a three-year period, winning 13 races in a row including the Arkle Chase. If Jonbon can have that level of success, then it will have been money well spent by McManus.

Whether those victories come early in his career is up for debate as he will collide with Sir Gerhard and Kilcruit among other leading horses in the novice class this term. Those competitors already have a strong grounding on the track and will be difficult to beat. It will be a test of Henderson and De Boinville to ensure that McManus has spent his money wisely.

How AI Is Being Used In The Entertainment Industry

The Biggest Horse Racing Thrills of 2022

Tyson Fury: The Legend of the Gypsy King