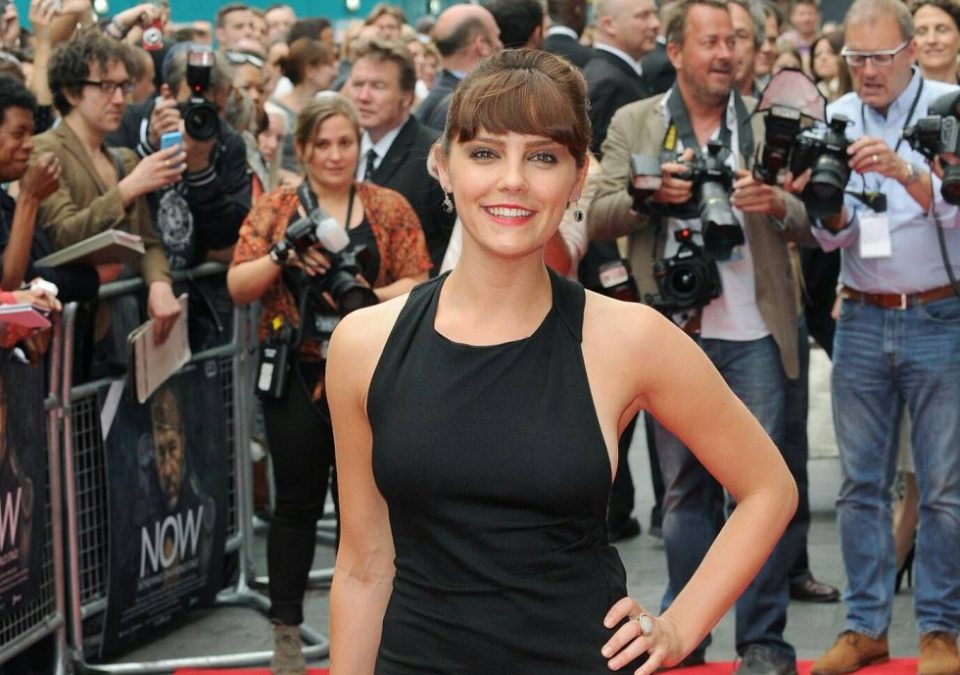 Annabel Scholey is best known as a TV Actress who is famous for her illustrious career on British TV, including her appearance on the BBC Three supernatural drama “Being Human” as Lauren Drake. Her first appearance as an actress was in the British TV series ‘Poirot’. Since then, she has appeared in several other roles. One role that brought her fame was the role of ‘Maddie’ in Vertigo Film’s musical feature film Walking on Sunshine, (which was released in June 2014) where she had a leading role in the series. In 2016, Scholey starred on the Italian-British Rai 1 TV mini-series Medici: Masters of Florence and played the role of Contessina de Medici which was an 8 part television series with Dustin Hoffman and Richard Madden (star of Game of Thrones). She has starred alongside David Morrissey on the TV series Britannia, a historical fantasy series, where she played Amena. The show has been compared to the well-known fantasy series ‘Game of Thrones’. Besides being active in the TV industry, this actress has also appeared in a number of acclaimed stage productions.

She was born on January 8, 1984 in Wakefield, England. She became determined to be an actress at the age of 14 after having discovered Shakespeare on a school trip to watch The Merchant of Venice in Stratford-upon-Avon.

Annabel earned her acting degree from the Oxford School of Drama in 2005. Her final diploma performance at the Oxford Drama School helped her land a spot on the national tour of Tom Stoppard’s The Real Thing with Tom Conti. She would soon start her professional acting career in British theatre.

After she trained at the Oxford School of Drama and graduated in 2005, Scholey has worked extensively on screen and in theatre.

She appeared (July/Aug 2013) in the revival of Passion Play by Peter Nichols (at the Duke of York’s Theatre) as the predatory younger woman, Kate.

Annabel Scholey also worked at The Royal National Theatre in their summer production of Antigone playing the role of Ismene. Here are some other appearances in theatre:

3. Annabel Scholey has done a lot of comedic roles on television:

After appearing in the TV series ‘EastEnders’ in 2007, she started appearing in the supernatural comedy-drama ‘Being Human’ in 2009. The series became popular among the audiences and earned praise from the critics. It also won several awards and nominations.

Her first appearance on the big movie screen was in the musical romantic comedy-drama film ‘Walking on Sunshine’ in 2014. The film was directed by Max Giwa and Dania Pasquini and was met with average reviews.

4. Other genres include crime, mystery and medical dramas:

Annabel Scholey began her career with the mystery drama TV film ‘Poirot: After the Funeral’, which was based on a story by Agatha Christie.

She was next seen in ‘Holby City’ and ‘Doctors’, both medical dramas.

She then appeared as Diana Rivers in the 2006 BBC adaptation of Jane Eyre  It was based on the 1847 novel of the same name, by Charlotte Bronte. It gained critical acclaim and was nominated for several awards, winning a few as well.

In 2015, she was seen in ‘Inspector George Gently’, a British TV crime drama, which is set in the 1960s. It is loosely based on the ‘Inspector Gently’ novels which were written by Alan Hunter. The series was appreciated by the critics.

In 2016, she appeared in the TV series ‘Medici’. It was set in Florence, in the early fifteenth century. Scholey portrayed Contessina de’ Medici, one of the lead roles. In 2018, she was seen in the historical fantasy series ‘Britannia’, where she had a supporting role. Reviews of the series were above average.

She had an important role in the legal drama series ‘Split’ (2018-19). She portrayed a divorce lawyer named Nina Defoe. The show was critically acclaimed.

In June 2011 Scholey played Lady Anne, in Sam Mendes adaptation of Richard III with Kevin Spacey in the title role, at the Old Vic theatre in London and the Brooklyn Academy of Music in New York. The production opened to rave reviews. In 2010, Scholey played Hermia alongside Dame Judi Dench in “A Midsummer Nights Dream” at The Rose Theatre Kingston and later that year appeared as ‘Julia’ in Sheridan’s “The Rivals”, alongside Penelope Keith and Peter Bowles (of To the Manor Born) at the Haymarket Theatre in London. Both productions were directed by Sir Peter Hall.

Scholey has lent her voice to radio dramas including All Passion Spent, A Harlot’s Progress and Under Milk Wood. She was runner-up in the BBC Carleton Hobbs Radio Competition 2005. In 2011, she provided her voice for Ginny Weasley in the video game version of Harry Potter and the Deathly Hallows – Part 2

7. Annabel Scholey is worth millions:

Annabel Scholey is a TV Actress, who has a net worth of $1 Million – $5 Million at the age of 35 years old. Annabel Scholey’s income source is mostly from being a successful stage and TV Actress.

She got married to fellow actor Ciarán McMenamin in May 2017, in a private ceremony, in the presence of close friends and family members.

Annabel first laid eyes on the Irish actor Ciarán McMenamin while he was performing at the National Theatre and found him to be nice. After some time, the two were set up on a semi-blind date by a common friend and they quickly hit it off. The couple got married in May 2017 on the Lusty Beg Island in Fermanagh, Ireland and have since settled down in Hastings in England.

9. Annabel Scholey was a model:

Annabel Scholey started her career as a model and ventured into the showbiz industry. The actress has done some brand endorsements by appearing in a commercial for Jaguar in 2018. Piggybacking on her good looks, the actress flaunts her perfect face on Twitter where she tweets updates to her 11k followers! She joined in March 2011.

Singer and actress Annabel made her musical debut, singing for the musical feature film Walking on Sunshine in 2014. She also lent her voice to songs like White Wedding, Venus, Faith, etc. contributing to the soundtrack of the movie.