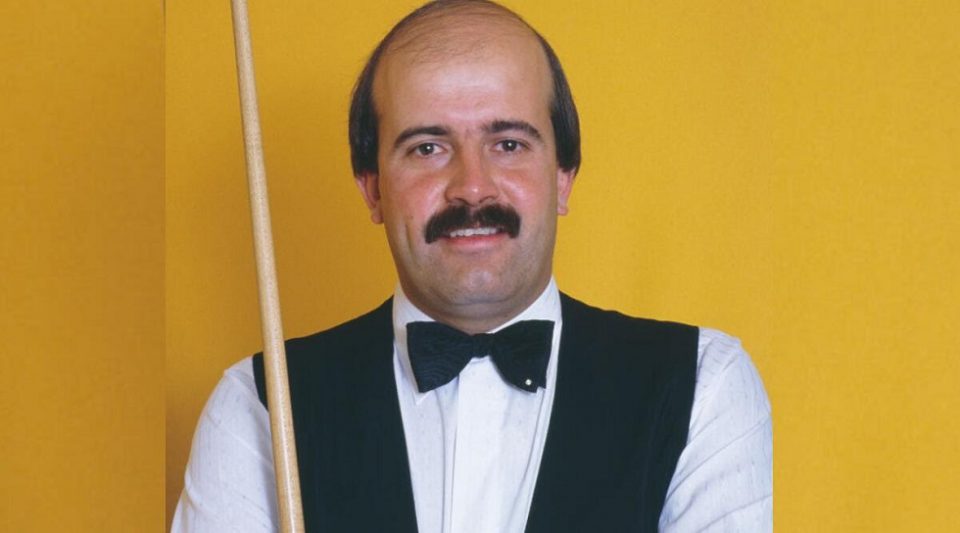 William Joseph “Willie” Thorne was a legendary British snooker player who played professionally. Willie Thorne’s sole ranking title came in the 1985 Classic. He famously held a 13-8 lead in the 1985 UK Championship to Steve Davis but eventually lost 14-16. Willie Thorne was most famous for his break-building. His skill earned him the nickname of Mr. Maximum. After Willie Thorne retired from competing in professional snooker, he took up snooker commentary for the BBC. Let’s find out more about this famous snooker player.

Willie Thorne: All You Need to Know

When was Willie Thorne born?

Willie Thorne was born on March 4th, 1954 in the village of Anstey near Leicester. His father Bill Thorne was a Desford Colliery miner and his mother Nancy Thorne was a housewife.

Where did Willie Thorne study?

Willie Thorne studied at Quorn’s Thomas Rawlins School. He was interested in many sports but he excelled at Snooker.

At the age of 15, Willie Thorne dropped out of school and worked as an estimator at a glass factory in Loughborough. He continued practising snooker simultaneously. Willie Thorne won the Under-16 National Snooker Title in 1970. Five years later he turned pro. Even though Willie Thorne had an incredibly successful start to his career, he failed to build on it and didn’t really achieve massive success at the professional level. His career high ranking seven, a rank he achieved during the mid 1980s.

Did Willie Thorne have a gambling addiction?

During the 1980s, Willie Thorne was also struggling with his gambling addiction. Willie Thorne had started gambling from the age of 16 when he used to visit a Billiards club in Leicester. One of Willie Throne’s infamous gambling losses came when he bet £38,000 on a match involving John Parrott. Thorne bet on Parrott’s loss but Parrott overcame a slow start to eventually win the match. Willie Thorne had also amassed a debt of  £20,000 by betting wrongly on horse races.

Who is known as the Homer Simpson of Snooker?

Willie Thorne’s trademark bald head made him very recognizable and consequently, he was given the nickname of Homer Simpson of Snooker.

When did Willie Thorne start commentating on Snooker?

Willie Thorne started commentating for the BBC during the 1980s. He continued to work with the BBC till he was dismissed after the 2017-18 season. He also commentated on Snooker for Sky and ITV.

Willie Thorne’s biggest skill was his ability as a break builder. He was labeled the “missing link” between old-school percentage play and the current aggressive potting game. He recorded 100 competitive century breaks in 19 seasons, becoming only the third player in history to achieve this. Willie Thorne also claimed to have made 200 maximum breaks, earning the nickname “Mr Maximum”.

Who was Willie Thorne married to?

How did Willie Thorne die?

There’s a story about Willie Thorne which, like many stories from the snooker circuit, could be apocryphal but may as well be true.

The tale goes that Steve Davis, Stephen Hendry and Ronnie O’Sullivan were each honing their skills on separate tables in the practice room at a tournament when Willie breezily entered and declared: “Who was the best player in here before I walked in?”

The anecdote, true or not, perfectly sums up Willie Thorne’s ebullient persona and a sense of humour which mixed overstated confidence and self-deprecation. He was a charismatic figure whose celebrity reached far beyond snooker. He suffered from well documented problems associated with gambling but had an irrepressible nature. Often, you just had to laugh.

So many stories involving him seem to revolve around misfortune he had almost invited in. And he loved telling them, even when he was the butt of the joke.

As an analyst, his technical explanations of the art of break-building helped to move commentary forwards. Never stuck for a word, he was the perfect studio guest. He was easy to interview. He liked people. He liked company and was himself good company.

Willie didn’t take himself too seriously. He enjoyed being part of the snooker scene. He was a natural at corporate dinners and charity auctions. He is far better known than many players with bigger trophy collections.

Willie Thorne was devoted to his mother, Nancy, who right until the end of his playing career, when he was mired in qualifiers in some non-descript leisure centre, would ring the press room for frame by frame updates. Nancy died in 2013.

Willie Thorne was a warm, gregarious man. It’s painfully sad to think of him in Spain in his final days, all alone save for the kind Julie O’Neill, who cared for him while he was in the hospital.

As he slipped away she read messages from fans wishing him well. They were heartfelt. People recognised Willie’s human frailties but also his genuine likability.

You don’t need to become a world champion to leave a mark. Willie Thorne won’t be walking into any more practice rooms, announcing his presence with some amusingly provocative statement, but stories about him will be told at tournaments for many years to come.

There’s a line from The Way We Were, the song which accompanied perhaps the BBC’s best known and most cherished musical montage in the 1980s – an unforgettably vibrant era in which Willie Thorne played a starring role – which perfectly sums up what he has meant to so many in the snooker world: It’s the laughter we’ll remember. Here’s a short clip of Willie Thorne doing what he does best.