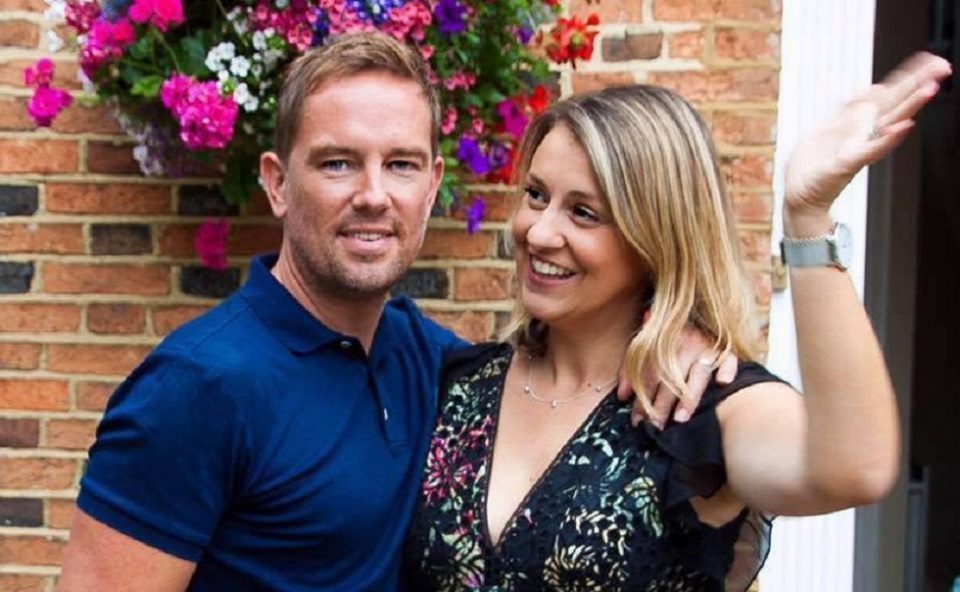 Simon Thomas is a famous British TV personality who has presented Blue Peter for six years, along with live English Premier League football between 2005 and 2018 on Sky Sports. Simon Thomas has become one of the most popular presenters on British Television. He also suffered the tragic loss of his wife through blood cancer. In this article, we will take a look at his life, career and tragedies.

Simon Thomas: All You Need to Know

When was Simon Thomas born?

Simon Thomas was born On January 26th, 1973 in the town of Norwich in Norfolk, United Kingdom. His father’s name is Andrew Thomas and his mother’s name is Gill Thomas. His sisters’ names are Hannah and Rebecca.

Where did Simon Thomas study?

Simon Thomas grew up in Cromer and moved to Grimston later. He went to Grimston Primary and Middle School. After that, Simon Thomas’ family moved to Surrey, where he attended the Aberdour School in Tadworth, and St. John’s School, Leatherhead. Once Simon Thomas finished school, he enrolled at the Birmingham University. He graduated from the University with a 2:1 BA Hons degree in History.

Simon Thomas replaced Richard bacon as the host of the children’s programme Blue Peter on January 8th, 1999. Prior to that job, he had also worked at Children’s BBC and the radio station LBC. During his tenure at Blue Peter, he ran in the London Marathon twice and two Great North Runs, climbed Mount Kilimanjaro and Mont Blanc, completed over 40 solo sky dives with the Royal Air Force, presented a medal at the Commonwealth Games, ran in the 60 metres sprint at the Norwich Union Indoor Athletics against Frankie Fredericks and Darren Campbell. He even served as a director for one edition of the show. He presented Her Majesty the Queen with a Blue Peter badge and remarked that upon receiving it, “she could get into the Tower of London free with it.” Simon Thomas’ last live show with Blue Peter was aired on April 25th, 2005.

Simon Thomas appeared as a participant on the three-part mini-series called Pursuits of Happiness. The series showed three different activities people took part in to overcome and deal with their mental health issues.

In September 2019 Simon appeared on the show to raise awareness for blood cancer symptoms.

When did Simon Thomas meet his wife?

It was in summer 2011 that Simon and Gemma first set eyes on and immediately fell for the charm of a converted Georgian farmhouse that was for sale near the river in Caversham, Reading, close to friends. Light years away from the two-bedroom flat where they were living with their two-year-old in South West London, the characterful house was moments from the countryside in a beautiful quiet spot, was spread over three floors with large sash windows overlooking half an acre of garden.

“We didn’t research the area, or look at what the schools were like, we just went for it. We moved with the dream that in a few years we might have more kids and you could imagine the place being filled with the sound of children and laughter. It was really impulsive, a place like this wasn’t going to come along very often in life, so we thought, ‘Let’s just do it, life’s too short’.”

How did Simon Thomas’ wife die?

For TV presenter Simon Thomas it’s this very fact that has been so painful in the wake of the sudden loss of his wife Gemma to acute myeloid leukaemia in November 2017. After a devastatingly fast decline, Gemma died just three days after being diagnosed, leaving Simon and their then eight-year-old-son Ethan in deep shock. Where once they had felt so at home, they suddenly felt so lost,

The house that the couple had meticulously chosen as their family home, only served that purpose for six years. In that overwhelming haze of disbelief in the weeks and months following Gemma’s death, Simon’s connection with what had been such a beloved home, where her creative touch was woven into the very fabric of the place, suffered a seismic shift. The place that had once felt the most friendly and normal, became the loneliest of all.

“For those first few months it felt like the place was my enemy,” recalls Simon who, at that time, found sleeping in what had been their bedroom too painful. “Even now, there are fluctuating emotions with it. There are some days when it’s nice to be back here again, but because so much has changed, more often than not I come back feeling it’s not really ‘home’ anymore.”

This is what Simon Thomas said about his now-deceased wife’s culinary skills: