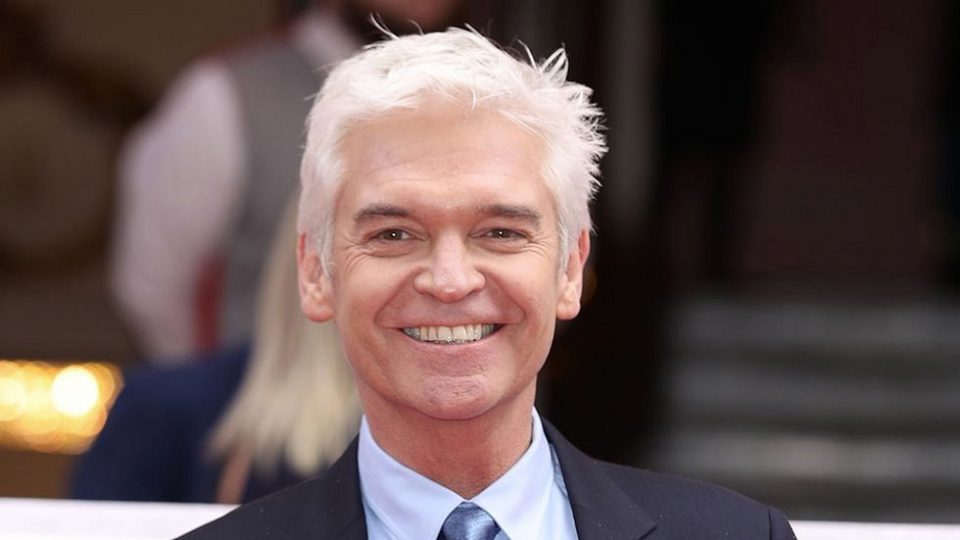 This Morning host Phillip Schofield bravely came out as gay in February this year. As a 58-year-old there have been many changes the ITV host had to experience including

recently moved out of the family home he shared with wife Stephanie Lowe and into a new bachelor pad after bravely coming out as gay.

Phillip Schofield Came Out As Gay: Where Is He Now?

He said: ‘I imagine Pip has some secret boyfriend squirrelled away somewhere. I’m sure he has. I don’t know Pip. I don’t know why I’m calling him Pip.

‘I remember what it was like keeping that secret when I was a kid. To keep that secret for presumably 30, 40 years, what that does to you. It’s so strange.’

Norton, the chat show host, believes Schofield’s decision to finally come out was down to the simple fact ‘people needed to know.’ Relating to his own coming out process he said: ‘There are no rules in this thing.

‘But I guess as you get older you’ve got more of a vocabulary for all of that stuff so you should be able to name things. But there are no rules.

‘There is no right time to come out. I think people talk about coming out as a very simplistic thing. I’ve come out now. And you don’t. You constantly have to come out.

‘I’m kind of as gay as famous as you can get and even now I’ll be in the back of a cab and the cab driver will make a comment about the first sunny day and the women wearing flimsy dresses or short skirts or low tops or something.

‘And as a gay man in the back of the taxi you have to make a decision – will I come out to this man or will I nod and smile and hope the conversation changes”.

2. This Morning presenter Phillip Schofield clapped back to claims he has a boyfriend after a social media photo sparked interest:

The star clapped back at certain fans who went wild for a reunion snap he posted on his Instagram account.

The ITV presenter even responded to one follower with the middle finger emoji after many questioned whether his male companion in the photograph was indeed his new love interest.

The white haired host has yet to go public with a boyfriend but he stood up to fans claiming the identity of his walking companion was his new lover, the Mirror reports.

Among the comments, one cheeky follower wrote: “Mate is what they call it nowadays.” Alongside the middle finger emoji, Phillip responded: “Yes! A mate! That’s what they still call family friends who you’ve known for 20 years and come round to check if you’re OK.”

3. Despite his sexuality, the This Morning host still insists that he has no plans to divorce his wife of 27 years, Stephanie Lowe:

Speaking on  Chris Evans’s podcast How To Wow in October, Phillip admitted that their marriage is a “work in progress”. He said: “I’m still married to Steph. There is a great deal of talk of divorce – we have not discussed that at all.”

When asked by Chris how long he will continue to wear his wedding ring, Phillip continued: “That is a very good question, Chris. I don’t know. Because I am still married to Steph. “It is not in my nature to hurt people and so I have to reconcile myself with the fact that I have done that. Indeed I have done that and I tried very hard not to.

Earlier this year Phil said: “Steph has been incredible – I love her so very much. She is the kindest soul I have ever met. “My girls have been astonishing in their love, hugs and encouraging words of comfort. Both mine and Steph’s entire families have stunned me with their love, instant acceptance and support. Of course they are worried about Steph, but I know they will scoop us both up.”

After Phillip told of his secret struggle with his sexuality, Steph is also in no rush to file for divorce as a source told the Sunday Mirror : “Steph isn’t bitter over Phil’s coming out.

5. Phillip Schofield has moved out:

After weeks of silence, it emerged Phillip had been isolated at his family home in Oxfordshire.

By the looks of it, Phillip Schofield and his wife will remain partners and this is just a small separation as his wife declared she would always love him when she publicly supported him coming out as gay.

The TV star was forced to deny claims he had broken rules after he was seen moving into his new flat in London during the lockdown.

How Is 2021 Looking For Ladbrokes Online Casino?