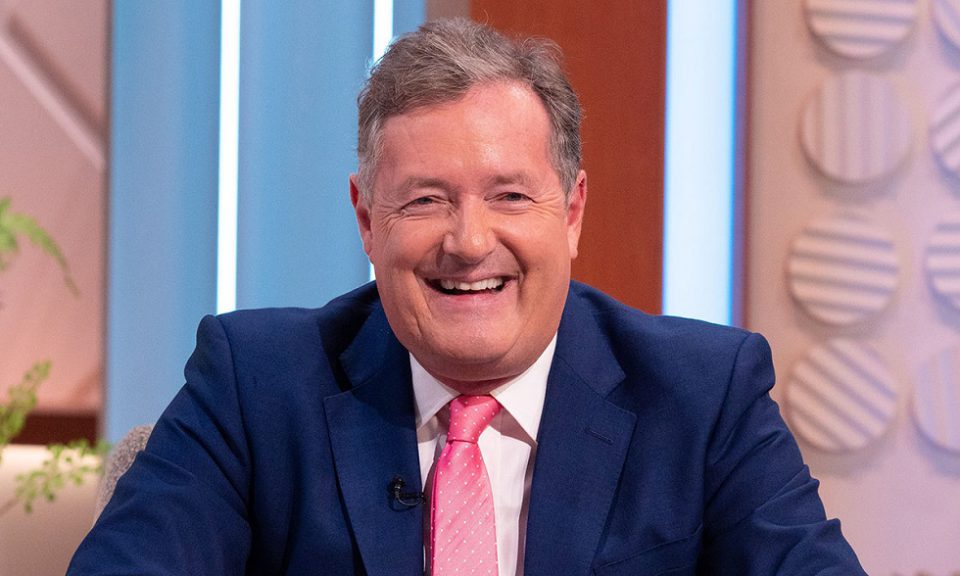 The Good Morning Britain presenter doesn’t discuss his personal life to a large extent, in fact not much is known about his early childhood. Piers Morgan, world famous outspoken presenter rarely speaks about his humble beginnings, so we’ve taken this job up to present you with incredible facts about the journalist:

Piers Morgan delves into the lives of celebrities, royals and strange guests – despite giving us a glimpse into his own early life. So here are 5 most personal yet interesting things about Piers Morgan!

Piers Morgan’s family were turned upside down in the most devastating way possible when he was just a one-year-old.

Starting from humble beginnings, Piers experienced a devastating tragedy that hit his family when he was still a baby. His father, Eamonn Vincent O’Meara, tragically died in a road accident when he was just 11-months-old while his brother Jeremy was three.

2. Piers Morgan’s name should have been Piers O’Meara:

The world famous journalist has no memory of his Irish dentist father, but is extremely proud of his Irish roots. At the 2019 Irish Post Award last year, Piers shocked audiences when he spoke of his father’s ancestry in a rare moment.

Upon being asked how Irish he is, Piers replied: “Well my father was Eamonn Vincent O’Meara and he died when I was just one,” Piers explained. “He came from Galway and he had a sister who moved to Offaly, and a lot of cousins in Dublin. “So I feel very Irish.”

A young Piers was brought up in Sussex, the youngest of four children of a meat distribution executive.  Piers’s name also comes from the brewery heir and racing driver Piers Courage.

Piers recently shared a lovely throwback picture of himself and daughter Elise with his youthful stepdad Glynne. The GMB presenter, who rarely gives a glimpse at his parents, captioned the snap: “Happy Birthday to my Dad, who looks younger than me every year.” Fans couldn’t believe how young Piers’ dad looks and many insisted they look more like brothers than father and son.

3. His fame only rocketed after being fired!

Piers was well known within the printing press, being the editor of tabloids such as The Sun, The News Of The World, and The Mirror. It was at the latter Piers became embroiled in a scandal relating to hoax photos of Iraqi soldiers that led to his dismissal.

He hasn’t looked back since however, being a well known face on shows such as Britain’s Got Talent, America’s Got Talent,  Piers Morgan Life Stories and most famously – Good Morning Britain.

Morgan has an estimated net worth of £13million!

Writing 8 books, becoming a journalist of some of the countries largest tabloids, and presenting TV shows across the world apparently pays well! Piers is relishing having his finger in so many pies in his post-tabloid career, that he once boasted:

“There aren’t many people who one minute are judging piano-playing pigs with Simon Cowell and the next are appearing on Question Time.” Now we know what it takes to become one of the richest men in Britain!

5. He was the youngest ever editor and a Guinness World Record holder:

In lieu of his successful career on Fleet Street, the British presenter became the youngest editor of the News of the World at just 28 – giving him the name of “youngest national newspaper editor in more than half a century”.

He became well known for his dogged, forthright attitude, and showing no sympathy for the privacy of celebrities.

That being said,  Morgan created a UK newspaper for young readers in 2006, First News.

The publication was even entered into the Guinness World Record after publishing a special edition “Worlds Smallest Newspaper”. This tabloid measured just 32mm by 22mm.