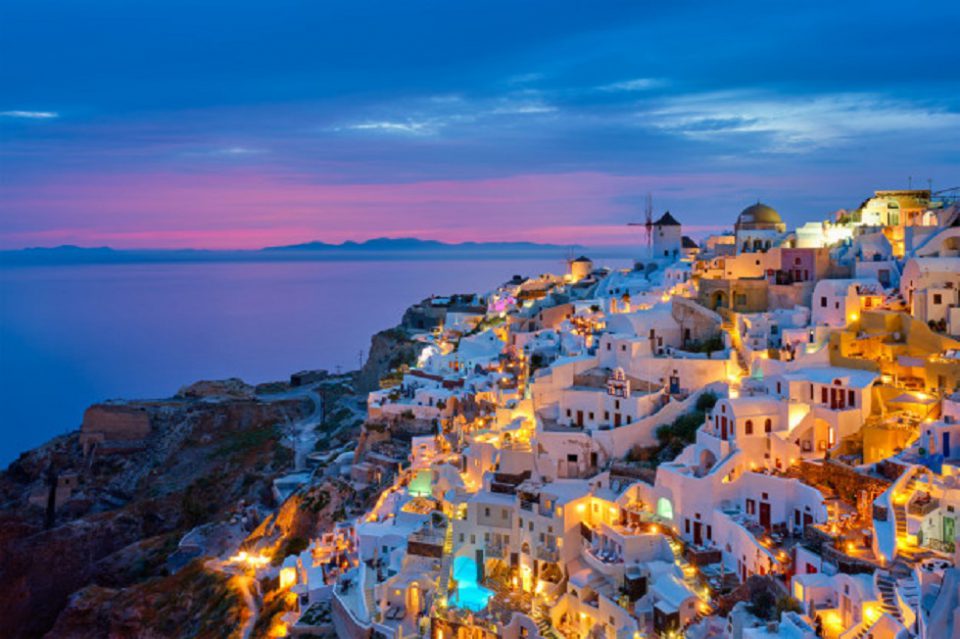 Greece is one of the most beautiful countries in the world which also makes it one of the most popular holiday destinations. The country enjoys pleasantly mild weather and a longer summer season as compared to other European countries. With an endless coast bathed by the pristine Mediterranean waters, Greece boasts breathtakingly beautiful and unique landscapes that range from fantastic old towns to picturesque seaside villages and mountain Hamlets. This cradle of Western civilisation, with its ambrosial food, and fantastic weather, serves as a great holiday destination for both summers as well as winters, offering varied activities that you can enjoy at any time of the year. You will only need to join a village festival with music and dance, or try some fantastic Greek wines and spectacular local food to fall hopelessly in love with Greece.

All things about this country and its thousands of islands are geared towards delighting the tourists and vacationers no matter what they are looking for. If we have already convinced you to put Greece on top of your dream holiday destinations, then here are 10 cool and unusual things you can do while visiting this beautiful country.

10 Cool and Unusual Things to do in Greece

1. Walking through the medieval maze

Rhodes, the oldest populated medieval town in the world will draw you into its nameless maze-like streets with beautifully restored buildings and cobbled paths that are free of traffic. This UNESCO World Heritage Site is surrounded by impressive fortified walls and a moat and is striking right from the first glance. A visit to the Knights of St. John Hospital, Palace of the Grandmaster, and the Street if Knights with traditional tourist endeavours like fine dining and shopping for trinkets and souvenirs will give you a wholesome experience. It is so beautiful that it’s like walking into a film set, only it’s real.

2. Finding the perfect beach for yourself

With 8,498 miles of coastline, a pristine beach is never too far away when you are in Greece. You would be surprised to know that 395 beaches in Greece boast Blue Flag status for their cleanliness. Locals usually spend plenty of time at the seaside and most of their social life is also intertwined with beach activities during the hotter months. Follow them to the more popular seafronts and choose your favourite beach amongst the 395 Blue Flag beaches.

It was established that Delphi was the cradle of the world when Zeus let two eagles fly from opposite ends of the world and the sacred birds met here. Then came Pythia and her oracles that were only relayed on the seventh day of the month and deeply influenced the ancient world’s fate. The Delphic sanctuary today has one of the highest concentrations of ancient ruins across the globe and can be easily accessed from Athens on a day’s trip.

The lush green slopes, mild climate, and protected coves of Corfu first lured Ulysses, followed by a string of Byzantine, Venetian, and British settlers. Corfu has not escaped this massive wave of tourism development unscathed, but there are still some pretty attractions including the Achilleion Palace, the Old Town, and the islet of Pontikonisi. You can also go swimming and diving amongst lunar rock formations and aqua green underwater caves between Sidari and Peroulades on the Canal d’Amour beach.

5. Stepping back into the middle age

Explore Monemvasia, the small town located in Peloponnese. This rock-island and fortress town has a unique single entrance (moni emvasia, according to Byzantines), and will transport you five centuries back in time to the clashes between the Franks and the Byzantine Empire. Everything still needs to be brought in through the gate via donkeys in this cosy, little town. The dramatic views, restored buildings, narrow alleyways, and old ruins across the bay will make you feel like you are back in the middle ages.

Just a short boat ride away from the parties of Mykonos is a tiny abandoned island of Delos that is an entire archaeological site in itself and is still echoing a magical place in ancient Greek civilisation. Delos was the birthplace of Apollo, the geographic centre of the Cyclades, a religious sanctuary, a safe port for incoming vessels, and the centre of the Delian League. You can explore this little island for some unforgettable and introspective discovery.

When you are touring the Peloponnese, Olympia is a must-do day trip. This important sanctuary is forever associated with the Olympic Games and the only one in Greece initially dedicated to Zeus. Even today, the flame of every modern Olympics is lit in the Temple of Hera before travelling around the world. You will get a glimpse into the lives of ancient heroes and their sportsmanship as you walk around the tranquil site surrounded by olive groves and pine trees.

The history of modern Greece is intertwined with what the Greeks like to call ‘Nafplio the Beautiful’. The first capital of the newly independent state in 1821 has retained its picturesque character, especially in the historic centre. If you want to explore the ancient sites of the Peloponnese, the Venetian Old Town is the ideal base for you. Thick bougainvillaea-covered narrow alleyways with well-preserved neoclassical buildings and relaxed coffee shops are a world away from the busy pace of the modern Nafplion town.

9. Strolling around the oldest European city

The Minoan civilisation dominated this of the south-eastern Mediterranean region of Crete some 5000 years ago. Excavations that first started in Knossos in 1878 offer a glimpse into what life might have been like in one of the most ancient legendary kingdoms before it was supposedly destroyed by the volcanic eruptions in Santorini and the subsequent tsunami that reached the shores of Crete. The palace of King Minos reveals that people then were in possession of intellectual prowess, advanced technology, and newly-acquired writing skills.

If you think visiting Santorini is too mainstream, you might want to visit this small Cycladic Island that’s still largely untouched by tourism. This pretty town has twenty kilometres of scenic paths that wind through the beautiful windswept clifftop city of Chora before continuing to Stavros, Xristos, Fira, and Agkali. The slate paved streets and the infinite views beyond the whitewashed cubic houses and blue church domes will give you major Santorini vibes but much less surge.

The Most Expensive Graphics Cards for You to Buy in 2021

5 Tips That Can Save Your Life at Tinder Dating

Emigrating to the UK: What You Need to Know about the Points-Based System