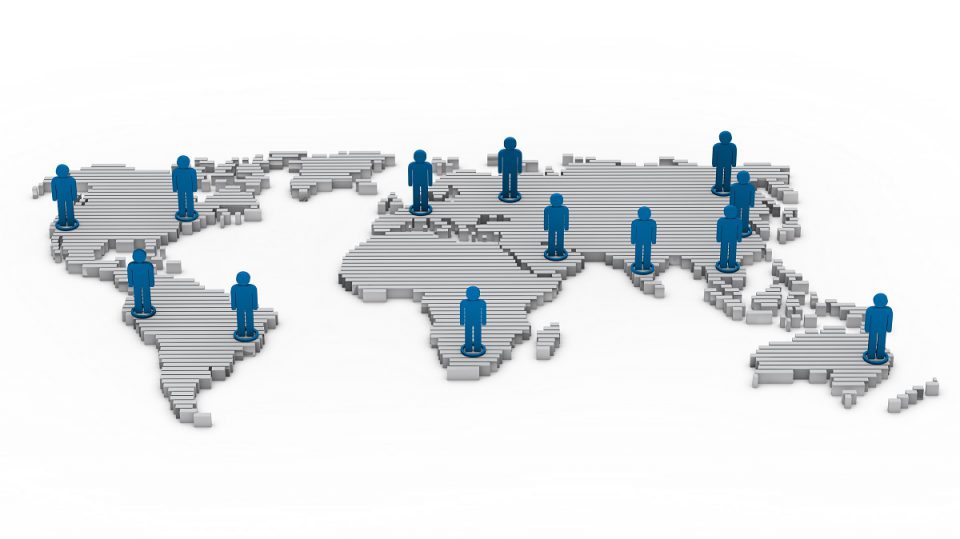 Although some countries have started to open their borders to travellers worldwide, travelling is still not on everyone’s to-do list. After all, many of these countries impose restrictions on travelling, thus possibly influencing the whole nature of your trip.

So, if you still want to wait a minute or two before getting your passport ready, you’ll be happy to hear there are other options. The next best thing to real-life travelling is virtual travel. It might sound like a scam, but trust us — you won’t need anything more than a laptop or smartphone — or, even better, a VR set — and you’ll be good to go.

Sounds tempting? If so, let’s see what options you have for virtual travelling around the globe.

Scroll Through the Louvre

If you’ve always wanted to visit the City of Lights, this is a fun way to do it. One of the world’s most renowned museums has put its collection of more than 480,000 artworks online. Not only that, but the virtual Louvre tour is completely free.

That means you can see the famous Mona Lisa from up close without waiting in line for hours. Aside from the paintings, you’ll get to see breathtaking sculptures, textiles, furniture, jewellery, and other historical objects on display.

Virtual tourists will also get a sneak peek into the museum’s storage or on-loan items — something that is not available to regular tourists.

Visitors receive an interactive map to help them navigate their way through the museum.

Marvel at the Sights at Yosemite National Park

This virtual tour will take you through 3,107 square kilometres of the park in California’s Sierra Nevada mountains. You might not be able to set up camp there, but you’ll get to see the breathtaking waterfalls. After all, you’re here for the nature, so pay attention to all the valleys, meadows, and the hundreds-of-years-old giant sequoias.

Thanks to the virtual tour, you’ll be able to see more than 250 locations within the park — something you probably wouldn’t have the strength for if you were actually there. Besides, the zoom option allows you to examine everything to the tiniest detail.

On top of that, the sounds effects will make your jaw drop. You’ll feel as if you were really there, listening to the birds singing and water running. The tour will also take you on a hike to the top of the Half Dome.

Finally, you’ll have access to a map containing an informative caption for every location.

Although this virtual tour is advertised for children, allowing them to learn more about various animals, why not explore it yourself? One of the biggest zoos in the world has strategically placed cameras all over the animals’ habitats to bring their behaviour closer to virtual tourists.

The cameras capture almost every moment, meaning you might get to see some animals playing around or even the birth of a new life.

You can also access the feed based on the type of animal you want to see. Some feeds even include lessons on wildlife and their environment.

One of the most inclusive tours takes you through Austria’s scenery and places of significant historical importance.

If you’re interested in the scenery, you shouldn’t miss the 48-kilometre Grossglockner tour of the Alpine Road. It ends with a view from the top of the country’s highest mountain — 3,798 metres tall Grossglockner.

History buffs can also take advantage of the virtual tour, which will take them to the Schönbrunn Palace, the Kunsthistorisches Museum in Vienna, and more. You’ll get the chance to see some amazing artwork from Rembrandt, Raphael, and Titian.

The tour also includes an interactive hike in Saalfelden Leogang, where you can witness one of the most beautiful sunrises over the Austrian landscape.

Experience the Wildlife at Tembe

A safari might not be on everyone’s bucket list, but those interested in experiencing the astounding wildlife up close can now do so from the comfort of their homes. You’ll get to take a virtual trip to Maputaland, KwaZulu-Natal, South Africa, and visit the Tembe Elephant Park, which spreads across 300 square kilometres.

Tembe is the park to visit if you want to see the so-called Big Five (leopard, rhino, lion, elephant, and buffalo). Aside from them, the park hosts more than 340 species of birds.

The camera is strategically placed at one of the major waterholes, meaning all animals come frequently. You get to observe their behaviour and possibly witness some incredible moments.

The feed is broadcast thanks to africacam.com.

If you’ve always wanted to visit one of the seven wonders of the world, this is your chance. Thanks to this guided virtual tour, you’ll get to explore the famous Machu Picchu and the Inca citadel.

You’ll be proud to say you’ve visited a UNESCO World Heritage site with this 360-degree experience. The tour explains Machu Picchu’s history, taking you through the burial grounds, ancient residences and structures, and even the Urubamba River. You’ll finish it off at the highest point — Huayna Picchu.

If you’re at all interested in engineering or architecture, this is a must-see virtual tour.

Go On a City Tour of Orlando

In case you don’t want to take a trip to Florida right now, you can still see all the important sights through a virtual city tour. There’s much more to Orlando than meets the eye — from entertainment, music, and leisure activities to a few of the USA’s biggest theme parks.

Naturally, we’re referring to the Walt Disney World Resort and the Universal Studios Florida. Take advantage of the tour and visit all Disney locations within a day or catch up with your favourite film stars at the Universal Orlando Resort.

If you want to have the best experience on this tour, we advise you to use a VR set. That way, you’ll enjoy roller coaster rides or zip-lines over alligators at Gatorland the most. You can also have fun on the adventurous waves of the Aquatica’s Roa’s Rapids located at the Aquatica Orlando water park.

Walk Along the Great Wall of China

Another UNESCO World Heritage Site and one of the world’s seven wonders is available for a virtual tour. This 21,196 kilometres long man-made structure is not entirely open to the public today. Only a few thousand kilometres of the Wall have actually been made accessible, while other parts have been restored and protected or left in a wilder state.

If you want a more immersive experience, we recommend a VR set, which will not only allow you to marvel at the sights but also do it crowd-free. You can also explore Mutianyu and Jinshanling, as they are some of the most beautiful sceneries around the Wall.

It should be noted that this tour is only partially free, with the full version costing £5–£6. If that’s too much for you, you could try your luck by looking for new UK slot sites or a new slot game. Find the best new slot sites in the UK in 2022. These are the best online casinos in the UK, and you will have access to good bonuses, no deposits, and free spins, to name a few perks.

Take a Private Tour of Rijksmuseum

One of the most prestigious museums in the world allows you to see 8,000 artworks during its virtual tour. Interestingly, the Rijksmuseum has over a million pieces, but not all of them are available for public display. However, the virtual tour enables you to marvel at around 700,000 of them across different floors.

You’ll get to enjoy some incredible works of art, like Johannes Vermeer’s The Milkmaid, Rembrandt’s Night Watch, and, of course, the world-known self-portrait of Vincent Van Gogh.

The tour allows you to learn some secrets about the museum, its history, and collections by taking the Rijksmuseum Unlocked section tour. You can even take a personalised tour, during which you’ll see some of your favourite artworks up close.

Step Onto the Surface of Mars

If you want to travel outside your own planet, why not visit Mars? Until Elon Musk’s dreams actually become a reality, a virtual Mars tour is available to anyone, thanks to the Curiosity rover. The rover has been on Mars since November 2012, exploring the possibility of microbial life.

The footage recorded by Curiosity has been assembled into a virtual tour, thanks to NASA and Google’s partnership. It even resembles the Google Earth feature that we often use.

So, if you want to learn more about Mars, this tour and its little animated helpers will get you there. Katy, a scientist at NASA JPL research centre, will help you with controls and features, so you will get to go anywhere Curiosity has been to.

Travel Back in Time to Angkor Wat

Unfortunately, this religious structure from 12 century AD has not been preserved to the fullest. Still, you’ll get to learn a lot about this temple — for instance, you’ll find out that it was first dedicated to Vishnu, a Hindu god, by King Suryavarman II. Later, it was devoted to Buddhism. It was recognised as a UNESCO World Heritage Site in 1992.

If you’re interested in finding out what this magnificent structure looked like in its best days (around the year 1300), this virtual tour will give you a better glimpse. The thing is, you won’t go on a solo tour, but you’ll walk around with people who used to live there at the time, completely embracing their lifestyle. With a VR set, this experience is better than any other.

Academics at the SensiLab at Monash University, the University of Texas at Austin, and Flinders University have collaborated to create this virtual experience. The project was even recognised with the AHA’s Roy Rosenzweig Prize for Innovation in Digital History in 2019. It also received the 2021 Digital Humanities and Multimedia Studies Prize from the Medieval Academy of America.

Top Things to Do Before You Travel on a Long Trip

Five Helpful Tips – How to Travel and Run a Business!