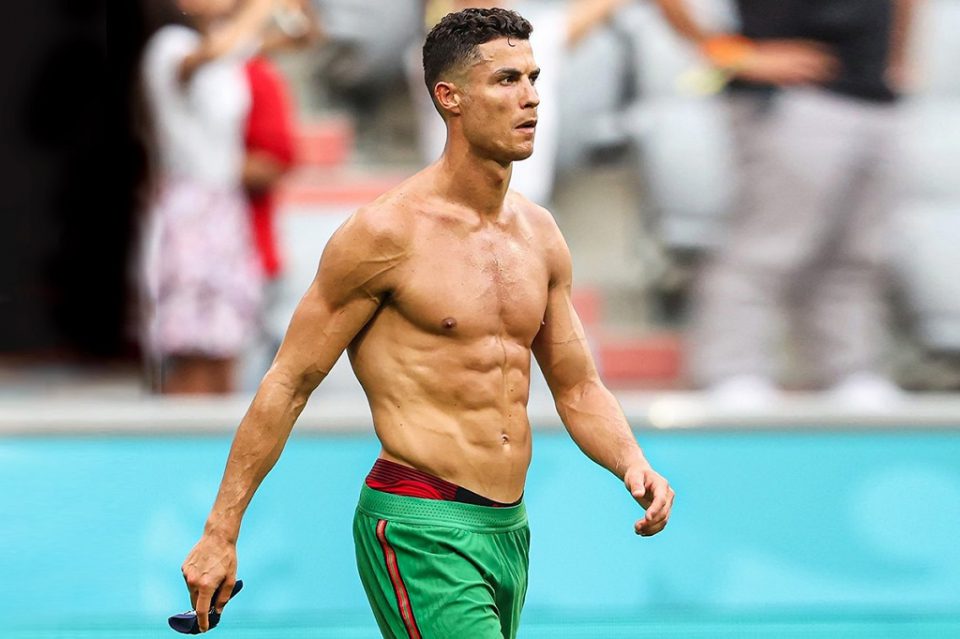 Whenever people talk about the greatest players in football history, the same names crop up time and time again. We are talking about the likes of Pele, Alfredo Di Stéfano, Diego Maradona, Johan Cruyff, Franz Beckenbauer, and modern-day players Lionel Messi and Cristiano Ronaldo.

The last two names also rank highly among the top goal scorers in the world, alongside Polish-born Robert Lewandowski, who this season scored a record-breaking 41 goals for Bayern Munch. His tally broke Gerd Müller’s 40-goal record for most goals in a Bundesliga season – a record which had stood since 1972.

As well as making a new Bundesliga record, Lewandowski’s 41 goals won him Europe’s Golden Shoe award, ahead of Lionel Messie with 30 goals and Cristiana Ronaldo with 29.

But it is Cristiana Ronaldo who is stealing the headlines again. He won the Golden Boot award in Euro 2021, notching up five goals for Portugal, and in doing so, he also equalled another record. He took his goal-scoring total for the Portuguese national team to 109, matching the record set by Iran’s Ali Daei.

Those weren’t the only records that Cristiana Ronaldo made and equalled. He also became the highest goal scorer ever in the history of the European Championships, with 14 goals, five more than the next highest goal scorer, one Michel Platini.

Ronaldo’s footballing skills are awesome, and he has played for some of the biggest club sides in Europe:

His Skills Were Honed at Old Trafford

English football fans will remember him well for the time he spent at Old Trafford. It is rightly said that his skills exhausted all superlatives. It was with the Red Devils that the inexperienced Portuguese winger became a world-class player.

When he finally moved on from Old Trafford to Real Madrid and the Bernabeu, it was for a world breaking £80 million transfer fee.

If Ronaldo became a superstar with Manchester United, he became a football god with Real Madrid. He made 438 appearances for the Spanish La Liga champions and scored a total of 451 goals, averaging more than one goal per game.

He is Los Blancos’ top goalscorer in history, and he also won four UEFA Champions League titles with the club and four Ballon d’Or awards on top of the one he won with Manchester United, taking his total to five. Only Lionel Messi, with six, has won more.

The Real Reasons Behind Ronaldo’s Departure for Juventus

His move from the Bernabeu to the Allianz Stadium, home of Juventus, was one of the biggest transfer shocks ever. At the time, there was speculation about his relationship with Real’s manager, Zidane Zidan. But the fact that Zidan’s unexpected departure preceded his own gave lie to that rumour, but it almost certainly would have influenced his decision to go.

But, as he revealed after completing the move to I Bianconeri, the real reasons were twofold. He felt that Real Madrid’s president, Florentino Perez, no longer saw him as being indispensable, and he also wanted to take on a new challenge in a different national league.

He Shows No Signs of Slowing Down

Having joined the Old Lady at the age of 34, Ronaldo has shown little signs of slowing down. Since he became a Juve player, CR7, as he is known, has scored 100 goals in 133 appearances and made 22 assists. He finished the 2020/2021 season as Serie A’s top goalscorer with 29 goals from his 33 starts.

Given the man’s history and his achievements, it comes as little surprise to see that he figures in Sportingbet’s team, selected from the greatest Premier League players.

So, what is behind the rumour that Ronaldo could be open to a move to Manchester City?

Several things are driving the speculation, the first of which is that the Portuguese only has one year left on his current contract. The second, and perhaps more significant, is that Juventus FC, like many other clubs, faces serious financial difficulty.

Who Can Afford Cristiano Ronaldo’s Wages?

Ronaldo is the highest-paid member of the Juventus team, earning an enormous €31 million per annum. Letting him go would reduce the club’s wage bill by a significant amount.

The 36-year old wouldn’t want to sacrifice such a hefty wage, and there are only a few clubs in Europe who could be capable of affording him, and Manchester City is one. Speculation about a possible transfer is based on two facts. First is the departure of Sergio Aguero. Not an easy name to replace. Second, City seems to be no nearer to agreeing on a deal to sign Tottenham Hotspurs’ Harry Kane.

But before City fans get too excited, French publication L’Equipe has reported that Juve could be willing to entertain a swap for PSG’s young striker, Mauro Icardi. It is certainly an interesting prospect – Ronaldo teaming up with Kylian Mbappe. We will just have to wait and see.

What Is Online Privacy and How Can You Protect It?

How the Market for Plants in the Uk Is Shifting Online?