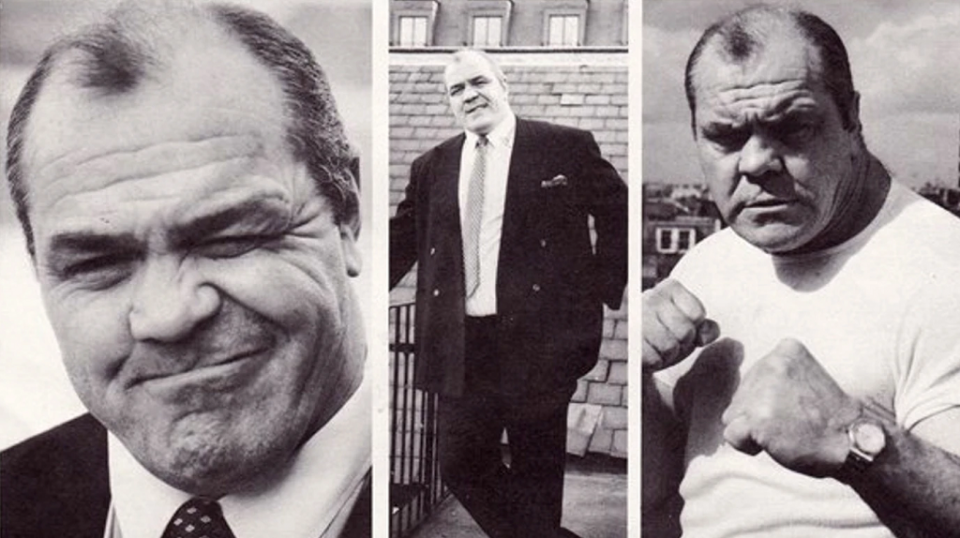 It is not for nothing that a documentary on his life as well as a film entitled “My name is Lenny”, with the appearance of a certain Michael Bisping in it, had a huge success in England. Lenny McLean is an icon, a man whose history spanned the ages and made the legend of a London shadow world often overlooked because it was too rough and violent. Lenny McLean is Britain’s most notorious hardman and the story of the man who loved to call himself “The Guv’nor”, king of the London bare knuckle and colorful character, was bound to wow fans. Let’s find out more about him.

How was Lenny McLean’s childhood?

Lenny McLean was born in 1949 in Hoxton, a poor suburb of London located north of the City and quite heavily affected by post-deindustrialization unemployment. Just like it was for most children born in the Post World War years, Lenny McLean’s father drank too much and beat him during uncontrollable excesses of rage, forcing the young man to forge a character in hardened steel. From adolescence, Lenny surrounded himself with the thugs of the neighborhood and was respected thanks to his massive size.

Leonard John McLean had a difficult childhood, often being beaten by his stepfather. Arrested for petty theft when he was a teenager, at the end of the 1960s he turned to a career as an unarmed boxer, a “sport” in which the fights were illegal. McLean quickly gained a reputation as a very violent fighter in this environment. He travels to the United States to fight the mafia’s bare-handed boxing champion and wins $ 30,000 for his victory1. Until the mid-1980s, McLean claimed to have played around 4,000 unarmed boxing matches and won most of them.

How did Lenny McLean get into boxing?

He took advantage of his intimidating physique to get into boxing. It is not the fashion for clean rooms where you learn the noble art, but rather that of hand-to-hand combat in the cellars of the neighborhood. And in this little game, Lenny was a machine. Thanks to his towering six feet three inch frame and almost 130 kgs of muscle, Lenny McLean knocked people out left, right and centre. He quickly made a reputation in the middle of the London underground boxing world.

How did Lenny McLean get the nickname of The Guv’nor?

It was at this time, in the 70s, that he was nicknamed “The Guv’nor”. His legendary rivalry with his great rival Roy “Pretty Boy” Shaw (it is difficult to understand the nickname given the face of the guy) agitated the underground sports scene of London and made him famous. The legend even said that he would have participated in a fight in New York against a representative of the local underworld, a duel during which he would have pocketed no less than $30,000.

Lenny McLean claims to have participated in over 4,000 fights until the 1980s, most of which he won. He then took advantage of his name to become a bouncer, local mafia henchman, bodyguard and even an actor. He made a very brief appearance in The Fifth Element by Luc Besson, but it is especially during his appearance in the mythical Lock, Stock and Two Smoking Barrels by Guy Ritchie that he burst on the screen in a role close to his life.

How did Lenny McLean die?

Died of a heart attack in 1998, at age 49, after a life of excess of all kinds, his autobiography “The Guv’nor” then became a bestseller adapted for film and documentary.

Kelly McLean, Lenny McLean’s daughter and a teaching assistant who wrote a book titled  My Dad: The Guv’nor, spoke about her relationship with her father: “If I could have my dad back for one day, I’d tell him I was sorry that I judged him like everyone else. There were times I hated him and I looked at him like he was a bully. It got to the stage where I couldn’t even laugh at his jokes. We did live in fear of him, but I didn’t understand he had this condition.”

Talking more about how she felt about it now, Kelly McLean said:

“I wish he was here now so I could get him some help. I don’t think he enjoyed life. He always looked like he had the world on his shoulders.”

She went on to add that if Lenny McLean had the right medication in his youth, he would’ve been very different. Afer Lenny McLean died of lung cancer in 1998, Kelly McLean tried to commit suicide.

Speaking on the incident, she said: “When Dad died I realised how much I loved him and that’s what cut me up. We had so many issues. We just had these rowing matches and I hated him because of his attitude. I didn’t think I loved him but I did. “I’m absolutely shocked and ashamed because if I’d known then what I do now I probably wouldn’t have looked at my dad the way I did. I probably could have helped him.”

How was My Name is Lenny produced and released?

Gunslinger, producer of the Revolver Entertainment group produced a movie with the harrowing account of the life of Lenny McLean , better known among the British as ‘The Guv’nor’, a man who after an extraordinary progression He ended up becoming the most feared fighter in the country. Producers would like to have Gerard Butler, Jason Statham or Michael Fassbender to play McLean.

The film, which lacked an official title for a long time, was based on the book The Guv’nor Tapes , by Peter Gerrard and McLean himself, with detailed interviews with the latter and people around him. The script, written by Paul Van Carter and McLean’s nephew, Martin Askew, clearly reflected the violence and notoriety that McLean achieved in his life, from his humble beginnings in Hoxton to his work as a boxer, wrestler, actor, alleged murderer and family man. Justin Marciano and Nick Taussig produced the film with Lenny’s son Jamie McLean. Marciano asserted that “McLean’s story is a testament to the ruthless brutality that accompanied the growth of children born in East London during the post-war years; it is also the journey of a man who reaches redemption in the hellish world of wrestling. We are honored that the project has the family and talents of Paul and Martin behind it ”.

Interestingly enough, Lenny McLean worked as an actor in some movies; the most prominent was his role as Barry the Baptist in Guy Richie’s Lock & Stock. The film was released right after McLean’s death in 1998 and was dedicated to him by Richie.

9 Rapid Tips To Win TikTok Hearts And Get Featured On The FYP.

Managing Your FPL Routine Every Week of the Season