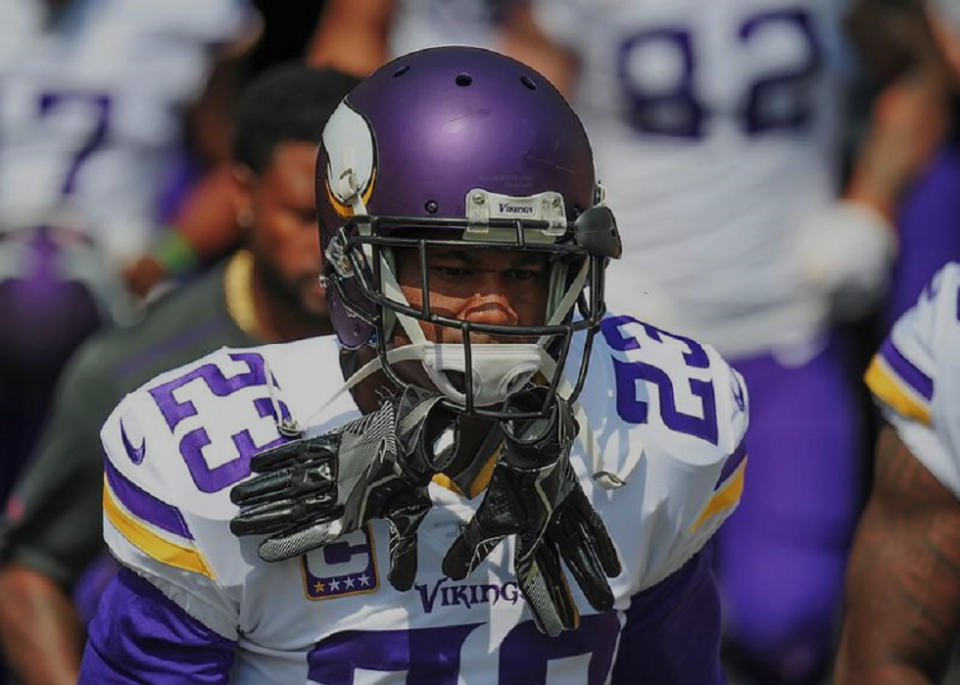 "Vikings - Playoffs" by Brook-Ward is licensed under CC BY-NC 2.0

We’re officially in the second-half of the NFL season. With 10 weeks of the year down, trends have been formed league-wide. Trends that bettors can use to their advantage during the last seven weeks of the regular season and postseason thereafter.

We’ve rounded up five of those trends for you, which we detail below. Some we believe will continue from now until the Super Bowl, others we don’t. After all, a lot can change over the next two months — injuries, hot or cold streaks, etc.

And in the NFL or betting in general, there’s no such thing as a guarantee. Ever. There’s only educated guesses based on likelihood. With that in mind, here’s where we see those trends shifting the rest of the way:

This is an obvious one, but historically significant regardless: NFL teams are on pace to finish the year with the highest point-per-game total in league history. Oddsmakers have already adjusted over/under totals to reflect that scoring surge, but will it continue?

Our guess is no. The later in the season it gets, the more points begin to shrink. That’s caused by several factors — depleted rosters, weather, and flat-out coaching adjustments.

Injuries, which seem to be on record pace in their own right, are forcing teams into playing second- and third-stringers. Naturally, these players aren’t as up to snuff as regular starters. Moreover, cold weather (and the snow that comes with it) causes teams to run more instead of pass, which slows games down.

Lastly, you have to tip your hat at coaching staffs, too. With a bigger sample size of game film, they spot opponent trends of their own and exploit them better in gameplans late in the season.

Taken together, this signals scoring could cool off in the weeks to come. For point total bettors, it might be best to bet the under — even if it’s not the popular pick.

Speaking about popular picks, we’ve seen a wealth of underdogs cover the spread against heavily-favored sides in recent weeks. Will this continue?

Honestly, whether it’s 2020 or any other year, we’d stick to the old-fashioned rule of fading the public on most occasions. Remember earlier when we talked about gambling likelihoods? Welp, digest this one.

If you are to win at NFL betting, you’re seeking a non-average outcome. Non-average because by and large, most bettors lose more often than not to the “house.” If a particular pick has become overwhelmingly popular that means it has become the norm among bettors. And what’s the norm in betting? Well, losing!

Catch our drift? The less you think like the masses, the better off you’ll probably be — keyword being probably, of course.

It’s official: dual-threat quarterbacks have overtaken “pocket passers” as the prototypical players a team wants under center. Don’t believe us?

Take a gander at the stats — both passing and rushing — of signal callers like Josh Allen, Patrick Mahomes, Kyler Murray, Deshaun Watson, Russell Wilson. Monster play from these fellows is a big reason why points are at all-time levels.

This trend is here to stay, not just for the rest of the 2020 season, but onward, as well. For those betting on Super Bowl futures, you might want to consider if a team’s quarterback fits this mold or not.

Everyone Loves The Chiefs

Oddsmakers across the board are giving the Mahomes-led Chiefs the best chance to win the Super Bowl (again) at the given moment. That favoritism is reflected on a week-to-week basis, too, where Kansas City is consistently favored by double digits in the spread.

Is that a sign of things to come? To circle back to our previous “fade the public” advice, it could be time to do so for the Chiefs. Almost every Super Bowl-winning team not named the Patriots has failed to uphold greatness the year after a title so history isn’t exactly on Kansas City’s side.

A less-expected byproduct of COVID-19 has been the fall of home field advantage. Through the first nine weeks of the season, road teams actually had a winning record against home clubs (just barely at 67-65-1) — another reason why fading the public has been so effective in 2020.

And given the US’ control, or lack thereof, of the virus, this trend is here to stay. Empty or limited-capacity crowds aren’t going away until a vaccine is developed. Therefore, for this year, stop favoring teams just because they’re home when handicapping games, that’s a dated mentality.

Alright, folks, that’s the trends of the NFL 2020 season. Undoubtedly, new ones will begin as soon as this week — so keep your eyes peeled at all times.