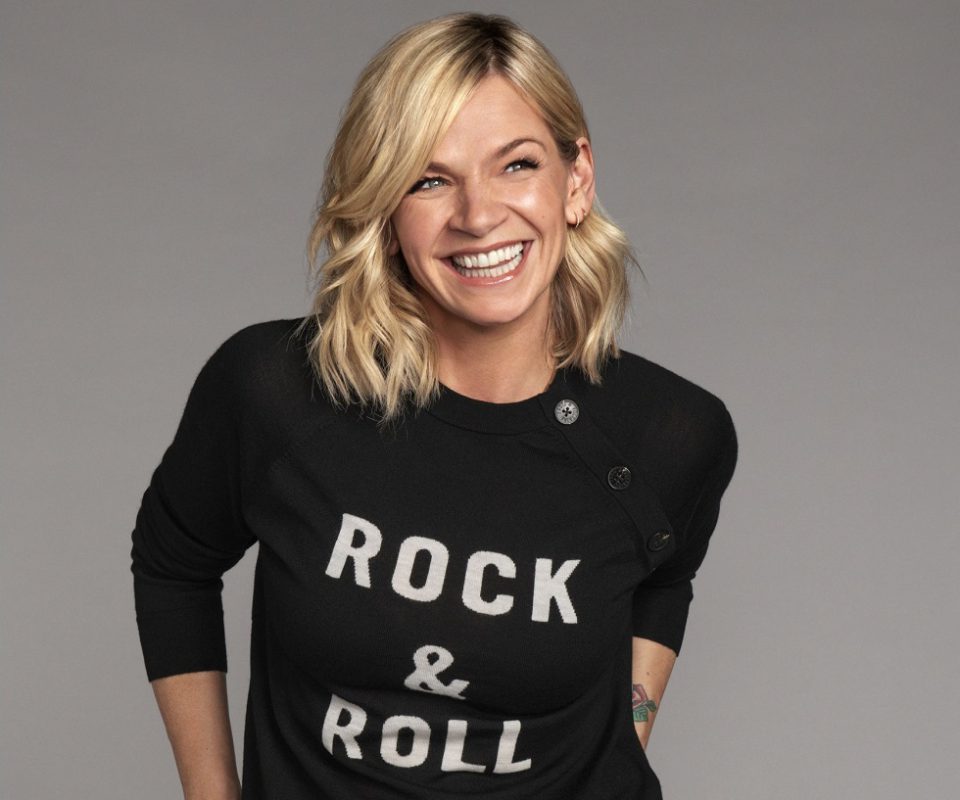 English television and radio personality, Zoe Ball needs little introduction. After presenting the much-lauded ‘Live & Kicking’ since 1996, in 1999 she was the first female host of both The Radio 1 Breakfast Show and The Radio 2 Breakfast Show for the BBC.

In 2018, the British host was announced as the next Radio 2 Breakfast Show host and took over from Chris Evans in January 2019. She is regularly heard on radio substituting in for Ken Bruce and Dermot O’Leary on their Radio 2 programmes.

Zoe Ball: Facts About Her Life and Career

Zoë Ball was born as Zoe Louise Ball on 23rd November 1970 in Blackpool. Zoe’s father is Johnny Ball, known in England as a former children’s television presenter (who in 2012 became a contestant on Strictly Come Dancing).

Zoe was also a contestant in the third series of Strictly Come Dancing.

As of 2020, Zoe Ball is in love with her boyfriend Michael Reed who she met through a mutual friend 3 years before. The couple would briefly split up at the end of 2019 but they got back together in January 2020 and are back dating again.

Her husband was Norman Cook (formerly of The Housemartins) who was a DJ and musician.

Zoe Ball told listeners to her Radio 1 show how Cook proposed to her on Valentine’s Day: “I’ve got a little something to tell you. I was moaning to my boyfriend all yesterday on Valentine’s Day that he hadn’t got me a Valentine’s present … I went to sleep, and I woke up and …I am getting married. My boyfriend asked me to marry him yesterday and it is so exciting. I feel completely sick and my stomach’s turning over.”

In 2003, Zoe Ball and Norman Cook split up when Ball revealed that she had had an affair; but they got back together. However, in September 2016, the couple with 2 children announced their divorce. They have stated that they remained “good friends”.

Another year later, the BBC reported that Zoe Ball would not host her live Saturday afternoon BBC Radio 2 show for a couple of weeks. This was serious for the hard-working host as she was recovering from the death of her boyfriend Billy Yates, who was a cameraman on the Antiques Roadshow.

1989: Zoe Ball started on TV in 1989 as a runner at Granada TV in Manchester. She was quickly promoted to researcher. She also took a page out of her father’s book by presenting for children’s television – something her dad was well known for!

Ball was also a radio co-host where she miked up with Kevin Greening on Radio 1’s Breakfast Show – soon after she hosted the show alone – and went on to win a Sony Gold Award. Did you know? During this time, she was the first female DJ to present the BBC Radio 1 breakfast show.

2007: Zoe Ball presented another ITV series, Soapstar Superstar. This was followed in April 2007 with presenting Grease is the Word.

2009:  In May 2009, the BBC publicly confirmed that Zoe Ball will present the Saturday early breakfast show from 6 June 2009. In the autumn of 2009, Zoe Ball and Jamie Theakston made a comeback as a presenting team for the first time in ten years for an eight-part series on Channel Five, Britain’s Best Brain.

2011: In July 2011, it was announced that Zoe Ball was taking over from Claudia Winkleman as the presenter of BBC Two’s Strictly Come Dancing – It Takes Two.

2018: In October 2018 it was announced that Zoe Ball would take over from Chris Evans as host of Radio 2’s breakfast show.

She was on Strictly Come Dancing:

Although she was a judge and fan favourite, it wasn’t enough and Zoe and Ian finished third, with Zoe saying that she had already signed up to flamenco classes.

In September Zoe Ball went to India with Oxfam to compare her personal experience of giving birth with that of Indian women in Uttar Pradesh.

Radio host Zoe Ball and DJ/Musician Norman Cook have a son, Woody (born 2000), and a daughter, Nelly (born 2010). On 24 September 2016, the couple announced their separation after 18 years together, although they successfully endured an affair during their marriage.

In September 2020, the BBC revealed that Zoe Ball was their second highest paid presenter, earning around £1.36 million a year.