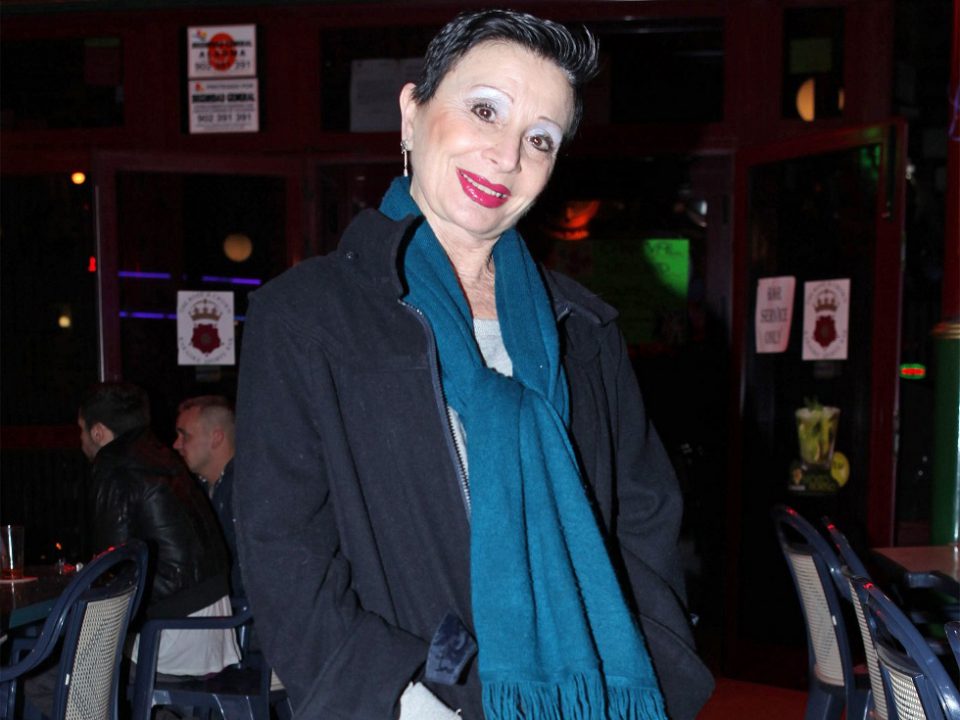 Retired dancer and body illusionist, Sticky Vicky is known for her vaginal magic show. Here are some facts to check out:

Sticky Vicky was born as Victoria María Aragüés Gadea on 15 April 1943. She also goes by the name Vicky Leyton. A businessman mentioned the stage name of Vicky Leyton and she ran with it for a long time.

Born in Santa Cruz de Tenerife, Sticky Vicky shifted to Barcelona in Spain with her mother when her father left the family. Victoria studied classical ballet for 15 years, later working as a dancer. With her sister, a contortionist, she performed in a musical dance show. Growing up she got a job as a manager for the El Molino, a theatre on the Avinguda del Paral·lel in Barcelona.

3. How she got “magical” in Barcelona:

After the death of Francisco Franco (a Spanish general) and the easing of sexual censorship, Sticky Vicky experienced difficulties; the public wanted more sexually-explicit shows, and employers began to hire foreigners willing to perform nude. A magician suggested that she perform a magic act by removing unusual objects from her vagina. After practising with simple objects (such as handkerchiefs), Vicky premiered her show in Barcelona cabarets. The show was successful, and Sticky Vicky performed in northern Spanish cities in Spain and many variety theatres abroad.

4. How she got “magical” in Benidorm:

Remember her sister who was a contortionist? At the beginning of the 1980s, she advised Sticky Vicky to move to Benidorm on the Mediterranean coast. Although she intended to take a break after her career declined, her sister convinced her to perform at a hotel. Leyton’s show was successful and she decided to stay in Benidorm, partially due to its influx of tourists.

Due to her age and the tenure of her show, Vicky has been regarded as a living Benidorm legend, particularly by British tourists. Leyton, surprised by her success, wrote on her webpage: “I never thought I could be on a stage at my age, and it is all thanks to the English public”.

5. How she got her start in the  British TV sitcom Benidorm:

Sticky Vicky came on the first and sixth episodes of the third season of the British TV sitcom Benidorm as a supporting role.

She was also a guest of honour during the inauguration of Mel’s Mobility Shop in the first episode of season three and during the show’s sixth season, one of the characters, Jacqueline (played by Janine Duvitski), has to pass as Sticky Vicky (who is on holiday). In “Jack The Lad”, an Irish poet Robert Fallon also mentions Vicky’s show.

Sticky Vicky did not characterise herself or the show as pornographic: “To do what I do you must have a lot of delicacy. It is necessary to give it a touch of elegance”.

Her show began with her undressing slowly to background music. She later pulled several objects from her vagina, including ping-pong balls, eggs, handkerchiefs, sausages, razor blades, and Machetes. When the lights would fade off, Vicky pulled out a lit lightbulb. She usually ended her show by opening a bottle of beer with her vagina, pouring it on the stage.

In terms of duration, she generally appeared six times a night, six nights a week. Her act would last about 30 minutes, although she could perform fifteen times a night by going from 30 to just 10 minutes.

Sexy Barbara, who performed a similar show, even went to get the Sticky Vicky name registered. Although Vicky won in the Benidorm court, the ruling was overturned on appeal by the Audiencia Provincial of Alicante, which, however, ruled that the name could eventually be protected as a choreographic work.

In 2009, the Audiencia Provincial of Valencia concluded the case by saying that María Rosa had acted in bad faith and generated confusion by registering the name, and fully granted Vicky the legal trademark for her stage name.

How did Sticky Vicky die?

Vicky performed her last show in autumn 2015, several days before a hip operation. The next year in February, she was diagnosed with uterine cancer, and publicly mentioned her retirement in a Facebook post shortly before her 73rd birthday.

The Benidorm institution’s vaginal magician Sticky Vicky has publicly confirmed she is retiring after 35 years of entertaining British tourists with her risqué magic show.

What is Sticky Vicky’s daughter called?

Sticky Vicky has never been married, although she is a single mother to her son (Eduardo Romero Aragüés) and one daughter (María Gadea Aragüés). María, who was finally permitted to see her mom’s show for the first time at age 13, later grew interested in following in her mother’s footsteps. After her mother’s retirement, her daughter María, who performed as Demaria Leyton, also decided to pursue other interests.

Where does Sticky Vicky perform in Benidorm?

An arena to see sticky Vicky was The Red Lion, Benidorm. However, Vicky’s last performance was in autumn 2015.

What nationality is Sticky Vicky?

How old is Sticky Vicky from Benidorm?