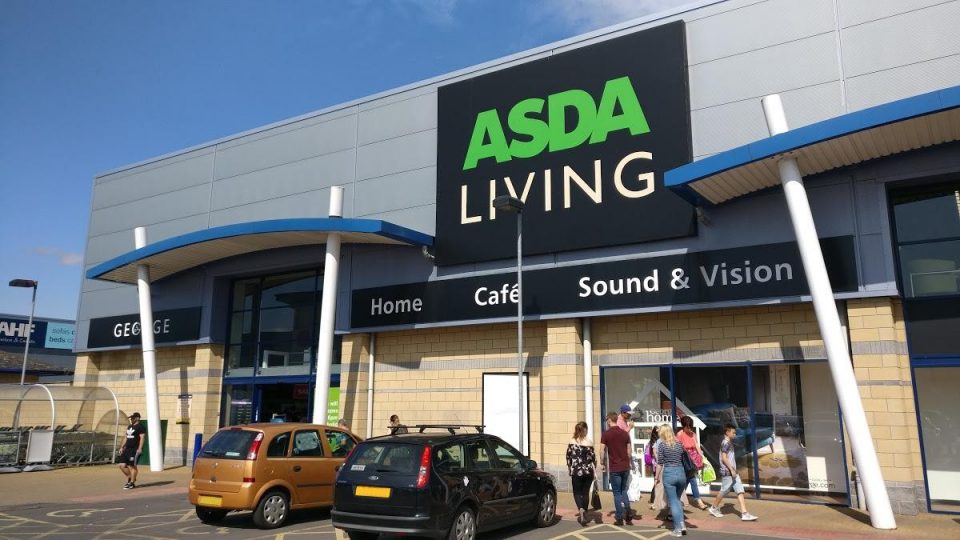 English fashion designer and retailer, George Davies is a legend in the fashion industry who headed Next from its creation in the 1980s, before moving on to start the fashion label ‘George at Asda’ or ‘George’ or ‘George Asda’ in the 1990s.

When George left Asda in 2000 following their acquisition by Walmart, he launched the Per Una fashion collection at Marks & Spencer. 9 years later, he launched his 4th brand (called GIVe) which saw 26 stores opening in selected towns and cities in the UK along with e-commerce retailing. The man has become such a legend that today, he is called a “serial brand creator”, the “King of the High Street” and “the leading fashion visionary”. George was given the Drapers Record Lifetime Achievement award in 2003 and also won “Designer of the Decade” by Prima in 2004. In this article, we take a look at what influenced the man behind George Asda – his brainchild.

George William Davies was born in Crosby, Lancashire, on 29 October 1941 to sausage maker George Snr, and seamstress Mary Davies (obviously she was a huge influence in his life). The fashion legend cites his mother as his motivation to succeed in life in fashion. He once said:

You don’t realise as a boy the influences you go through, but I remember in the late ’40s and early ’50s my mum, my auntie and cousin would sit cutting out dress patterns at home. My mum always said she wouldn’t buy from the high street because it was rubbish. You obviously inherit genetic traits as well and that’s probably why I ended up going into fashion.

Growing up, George William Davies lived on a farm in Thornton, Crosby with his grandparents and his parents moved closer to the coast when he was 11, when his mother took over a post office and his father became a sausage factory manager. In terms of schooling, Davies attended Bootle Grammar School, where he enjoyed sports including golf, football and tennis.

Asked recently by the Sunday Times if he had ever been “hard up” he responded: “No. When I got pocket money as a young boy, I would save it. Apart from a blip when I was first in business, I’ve always had money. From the age of 16, I worked as a milkman in my holidays and saved to buy my first car, a Mini van”. In the same article, Davies was asked if he was better off than his parents had been. “Financially, I am. But “better off” should be measured by more than finance. My parents were an amazingly happy couple and never wanted for anything. My father was the manager of a sausage factory and my mother bought and ran a post office in her fifties”.

A passionate supporter of Liverpool F.C. through his father’s influence (nowadays he is frequently seen watching from the directors’ box) Davies had trials for the club during the reign of Bill Shankly but was unsuccessful (in 1995 he told The Independent that as things turned out, it was probably for the best). However, he did go on to play centre forward for Bangor City, and also represented England Universities and England Under 18s at football and scored twice against Scotland.

After walking away from Birmingham University where he was studying to become a dentist in the early ’60s, Davies left college and came back home to Liverpool and applied to work for the retailers Littlewoods whose head office was based in the city.

George also applied to work for Pilkington which is not a fashion brand but a glass manufacturer, but Littlewoods responded first. He started off as a graduate trainee before ending up in stock control and then as a buyer (ankle socks). George Davies cites his experience at Littlewoods as being the foundation of one of his fundamental beliefs of successful retailing – the importance of effective stock control and the need for understanding local buying patterns – commonly known in retail as Trading. He also credits Littlewoods as the cornerstone which offered him “the most fantastic training” environment which was to strongly contribute to his successes in the future.

In 2007, he told The Times: “During the Whitsun holidays in Manchester, children dressed up in white and took part in the Whit Walks. Sales of white ankle socks went up by 200 dozen in the area and I had only sent 10. The manager of the store was soon on the phone shouting about what some stupid person had done. I had to drive to the supplier in Leicestershire and deliver the socks myself. It saved my job. Without that I don’t think I would be here now. It taught me that in retailing every store is different.”

In 1972 Davies launched his first business – Schoolcare, a mail order company specialising in the supply of children’s school uniforms. However Schoolcare experienced problems when their bank suffered financial difficulties. Whilst the demise of Schoolcare is no more than a tiny piece in the Davies business jigsaw, it is regarded as the birthplace of another Davies trademark legacy – the “total look concept”.

In 1973, he was invited to join a fast-growing home-based fashion retailer called Pippa Dee which operated in a similar trading style to Tupperware, counting on a self-employed sales force of over thirteen thousand women to organise house party plan sales across the UK. Davies initially joined as Product and Design Director but very quickly became the driving force behind the sales operation. In a move that was to be reflected in his later business life, Davies left Pippa Dee amid a boardroom struggle and broken promises from other directors.

George Davies, the former owner of a successful chain of British apparel stores, created George at Asda after being approached by UK supermarket chain Asda to create a new range of clothing.

In the 1990s Davies produced his second household-name brand, George at Asda, and was very positive about the approach, the shift of consumer spending moved from high street to out of town accessible development.

The George brand and range was developed by Davies’s company Red Creative, set up to provide full clothing retail solutions using a team of designers and marketeers. Asda CEO Archie Norman commented that Davies grasped the fact that the line had to be based on value, and be a distinct brand name on its own. Soon, the sleek but inexpensive clothes for women and men helped bring Asda back from the brink of insolvency in the early 1990s. As it expanded into accessories, undergarments and trendier styles, it grew to become the second-biggest selling apparel brand in the U.K., behind only Marks & Spencer.

Within just 10 years, Asda was bought by the world’s largest retailer, Wal-Mart of the United States. In the 2000s, With the resultant resignation of the UK board, Davies also resigned his direct association. At the time of the takeover, the George brand was turning over £600M – which means he’s sitting on a large net worth today.

By 2002, Wal-Mart had rolled out George Clothing and presently has annual international sales of £2bn.

Most interestingly in October 2009, the BBC reported that George @ Asda brand had officially become the UK’s biggest selling clothing retailer, taking over from Marks & Spencer, with a 10% UK market share.

George Davies is the father of seven children (five daughters and two sons) and has three former wives.

Davies spends all his time between his family, his business ventures and his seven chosen charities which includes helping the education of under-privileged children in Asia as well as making life more comfortable for British soldiers injured in combat overseas. In an interview with the Sunday Times, Davies revealed that he had decided to give his private yacht away to a charity called Sail 4 Cancer (a charity which provides families suffering from cancer with respite break sailing holidays).He also donated the use of his private jet to the Celebration of Life After Cancer charity who successfully auctioned the prize to raise funds for people who were living and coping with cancer. In addition, Davies was a Governor of Malvern College and is the benefactor behind the George Davies Centre For Retail Excellence at Heriot-Watt University. The fashion guru is also a trustee of the Mvumi School Trust, which oversees the DCT Mvumi Secondary School in Tanzania.

In September 2017, Davies made a £5.15 million donation to the University of Leicester and hospitals associated with it. This was the University’s largest ever philanthropic gift from an individual, with the money largely supporting research into vascular limb disease. The University renamed its Centre for Medicine to the George Davies Centre in honour of this donation in November of that year, with Sir David Attenborough officially opening the building.

In 2008, it was reported that Geroge had built a 7-hole golf course in his back garden.

The fashion guru was also found guilty of drunk driving in June 2011 following a 5-mile police chase in May 2010.

Five Arcade Games You Forgot You Were Obsessed With

How to Promote Your Car Wash Service Online