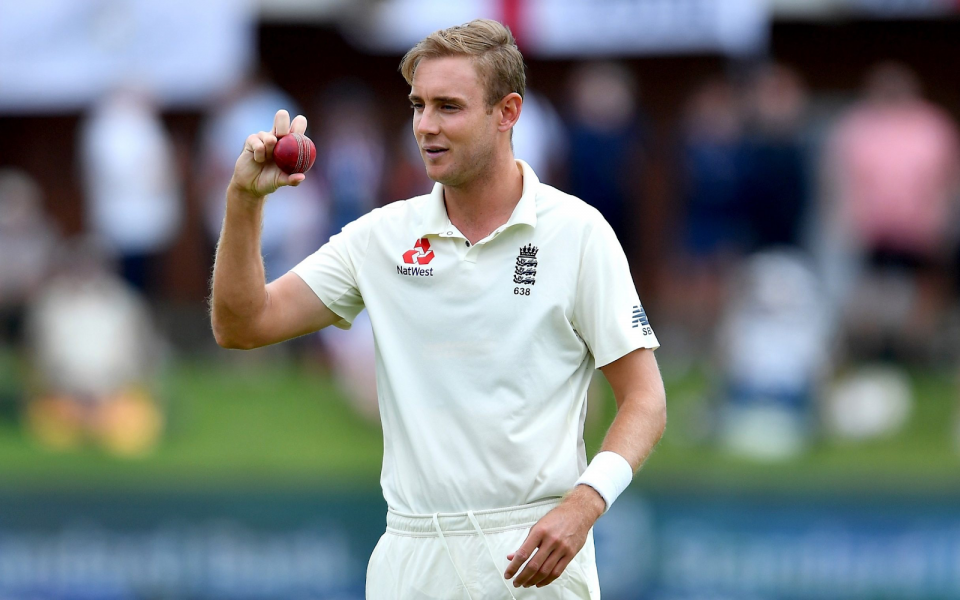 Stuart Broad, who came into this world on June 24, 1986, is one of England’s leading Test wicket-takers. The English bowler has been most renowned for serving the batters with ripping spells of bowling in addition to his intensified feisty character on the field which has unruffled batsmen on numerous occasions. From making his debut in 2006, Broad has been through a beautiful cricket journey which had its shares of ups and downs but his merciless attitude on the field has always brought wonders to him. In this article, we take a look at some interesting facts about Stuart Broad who is capable of producing unplayable spells almost from nowhere.

His dad is now an ICCmatch-referee.

Stuart’s sister Gemma also got involved with cricket when she became an analyst with the English and Wales Cricket Board (ECB).

Like father, like son, Stuart started off as an opening batsman. At the age of 17, he enjoyed a sudden growth spurt, and at 6 foot 5 inches, he transformed himself into a pace bowler with terrific results becoming a  right-arm seam bowler.

Stuart Broad’s partnership with James Anderson has been deflating opponents for years.

James Anderson and Broad have formed a tremendous bowling partnership for England becoming one of only five pairs with over 500 Test wickets between them, along with Curtly Ambrose and Courtney Walsh, Wasim Akram and Waqar Younis, Shaun Pollock and Jacques Kallis, and MakhayaNtini and Kallis.

Broad is one of only seven English cricket players to have the distinction of entering the honours board at Lord’s in both batting and bowling.

He batted a remarkable 169 against Pakistan, rescuing England from a hopeless 102 for seven to 446. His team, England, won by an innings and 225 runs, but the Test became infamous for the spot-fixing controversy that resulted in bans for Mohammad Aamer, Mohammad Asif, and Salman Butt.

However, the left-handed batsman’s love for Lord’s extends perhaps even more so to his bowling. Both of Broad’s seven-fors have come at the hallowed home of cricket: Seven for 44 against New Zealand which resulted in a 170-run win for England, and seven for 72 against West Indies in a five-wicket win for England.

Broad joined the likes of Gubby Allen, Ray Illingworth, VinooMankad, Keith Miller, Ian Botham, and Andrew Flintoff as players with both a century and a five-for at Lord’s.

Broad’s step-mother Michelle committed suicide after suffering from motor neurone disease (MND). Her death affected Chris, Stuart, and Gemma greatly, but Stuart and his step-mom were very close. Together the siblings founded The Broad Appeal (@TheBroadAppeal)to help raise awareness and money for MND.

The English cricketer revealed that he kept a poster with a quote of England rugby captain Martin Johnson (one of his personal heroes) on a wall in his house which serves as an inspiration to him.

One of the most significant moments of ICC World T20 2007 came in the India vs England match at Durban. Yuvraj Singh, who was in indifferent form coming into the match, was off to an excellent beginning, hitting 14 off his first six balls when Andrew Flintoff had a shot at the Indian. Yuvraj was visibly incensed and advanced toward Flintoff brandishing his bat before MS Dhoni reached on the scene to hold him back.

Broad, bowling the next over, was the unfortunate soul to bear the brunt of a raging Yuvraj. The first ball went over cow corner, the next one over square leg, the third over long-off, the fourth over point, the fifth over square leg, and the final ball went over the cow corner again. Yuvraj hit a 12-ball 50, and Broadbecame the only pace bowler to ever concede six sixes in an over.

One of the largest controversies of the England leg of The Ashes 2013 came when Broad refused to walk after getting a massive outside edge off Ashton Agar which was taken at slip. The Australians climbed up in unison, but Broad stood his ground. The Aussies had utilised all their reviews, so Broad survived. This whole incident sparked a massive discussion on walking and DRS, and Broad was branded a cheat by Darren Lehmann and sections of the media.

England won against India 3-1 in the five-match Test series in England in 2014.

James Anderson and Broad started the fourth Test at Old Trafford by reducing India to eight for four in the first innings before MS Dhoni led India to 152.

In response, fifties from Ian Bell and Jos Buttler aided England in getting a substantial lead.

When Broad came in to bat at No. 10, the England team were in command. He hit Varun Aaron for two sixes, but the Indian pacer sent down an extremely quick bouncer which Broad,  again tried to pull.

The ball went above the bat, and went directly hitting Broad in the face. It’s quite shocking that the ball went through the gap in his helmet. The poor cricketer suffered a fractured nose, but was back to bowl in the final Test of the series.

However, the blow had a lasting effect on the English cricketer . He has not been the same batsman since the debilitating injury and admitted in an interview that he still has nightmares about the incident.

The English cricketer who played Test cricket for the England cricket team and a former One Day and Twenty 20 International captain – is one of only four bowlers with two Test hat-tricks.

Hugh Trumble, Jimmy Matthews, and Wasim Akram are the other three. Along with this, Broad is the only man whose hat-tricks have come against different oppositions. Curiously, the English cricketer did not even notice he had taken a hat-trick the second time around! He tweeted later on that day that it was only after he was back someone told him that he realised.

The English cricketer is also one of four players (Harbhajan Singh, NuwanZoysa, and Darren Gough being the others) to have taken a Test hat-trick and also been involved in the hat-trick of another bowler.

For a pace bowler who thrives on adrenaline and intimidation, Broad has a rather chillax pastime: cooking! Broad said that his signature dish is lasagne and spaghetti Bolognese, though he also said he enjoys cooking anything.

Standing at an intimidating height of 6 feet 5 inches, Broad relies on pace, bounce, and movement to take wickets. 11 interesting facts about the man  The right-arm seam bowler  bends his back and hits the deck hard and then his swinging balls do the talking when they take off at a speed in excess of 85 mph towards the batters like some tracer bullets.

Biography Of The Man Behind George Asda: Retailer George Davies

Sebastian Vettel: A Look Back At His Topsy-Turvy Time With Ferrari