15 Incredible Facts about Evelyn Dove The…

21 Unusual Things to See and Do…

Peter Andre: Who is He, Who was…

Timothy Spall: The Life and Career of…

Roxanne Pallett: The Punchgate Scandal and Other…

Who is Sandra ‘Sandi’ Toksvig, How Tall…

Peter Kay: Life and Career of the… 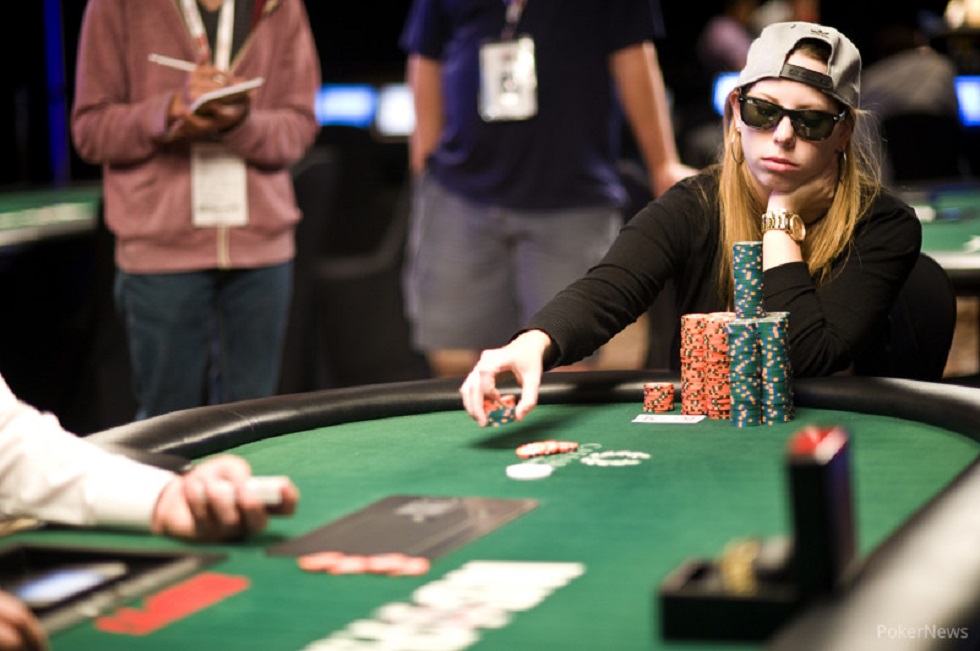 Have you always been fascinated by great movie scenes depicting poker? Have you always wondered how your ‘poker face’ would look? Have you always wanted to play poker? Well, it’s never too late to start. This post is going to provide you with all the information, advice, tips and tricks that you need to start learning, and playing poker. If you’ve ever searched ‘how to play poker for beginners’, this post has all the answers, presented in a simple, easy to understand manner. Let’s start dealing.

How to play poker for beginners?

Which type of poker should beginners play?

If you are going to start playing poker, the first type of poker that you should learn is the No-Limit Texas Hold’em. As far as poker games go, this is definitely one of the easiest to learn and play. At the same time, it’s also a great challenge and very rewarding. No-Limit Hold’em poker also happens to be the most popular version of poker in the world, so finding partners to play shouldn’t be very difficult. Our brief guide will help you understand all the basics of No Limits Hold’em Poker and you should be ready to play as soon as you are done reading this post.

How to Play No Limit Hold’em Poker?

No-Limit Hold’em, sometimes known as “Texas Hold’em,” is the most popular version of poker and it’s most likely the poker game you have seen on Tv or seen your friends play.

Here is how Texas Hold’em poker is played:

While there is no shortage of other poker games out there, No Limit Hold’em is the undisputed king in terms of simplicity and popularity. The game has a great blend of strategy, psychology, random chance and number crunching.

How to play a poker game?

Before we begin laying down the basic rules of poker for you, it will be great if you can familiarize yourself with basic poker hand rankings. A vast majority of beginners make mistakes when they think they have a winning hand despite not having one.

This is a ranking of the basic hands in a poker game:

And that’s about it. Not that difficult to get, right? Just remember, you must memorize these before you ever play a poker game with actual money involved. Forgetting any of these hands can lead to huge financial losses on the table. Use whichever learning technique works best for you. Write them down numerous times, quiz yourself, make flashcards if you have to. To help make your job easier, here’s a special tip from our end. The following are the three most common beginner mistakes made while playing poker. Ensure that you avoid them at all cost.

Even when it’s played online, a No-Limit Hold’em game uses a standard 52 card deck. Between two and ten players can play on a single table. Thousands of players can play a game at one time, as long as you have enough tables and space (or server size for online versions).

The dealer starts by dealing two cards to everyone. Dealers always start with players on their left and go round until they end upon themselves. The player on the left of the dealer is considered the first player to act. That player can choose to:

In case one of the players decides to bet, the other players can do one of the following:

This process will continue until everyone has made their call or every single chip is in the middle of the table.

Upon the completion of the first betting round, the dealer deals three cards which face-up on the board. These cards are known as community cards and they can be used by everyone playing the game. This process is called the flop.

Every player who is still in the hand has a chance to bet and consequently raise or fold. Upon completion of that betting round, the dealer places a fourth card on the table. This process is known as the turn.

In case multiple players are left in the hand after the exposure of the cards of the final betting hand, the player who has the highest ranked hand wins the game.

What are the Blinds?

Binds is a very common term associated with No Limit Hold’em poker. It isn’t as complicated as you might think. Let us explain why.

Blinds, both big and small are relatively small bets that the first two players on the left of the dealer place at the start of each hand. Those players are forced to place those bets without seeing their cards. Hence, the term ‘blind’ is used to refer to them. The main purpose of blinds in No Limits Hold’em is to make boring hands exciting by forcibly increasing the action. So all players can not fold their hands without consequences.

Does Everybody Just Bluff a Lot in Poker?

While bluffing is integral to poker, it’s not as common as you might think. As a beginner, it’s highly recommended that you don’t mess around too much with that technique as it might backfire. The reason behind that is if you are still in the process of learning relative hand strength, it will be tough for you to decide whether what you are actually calling is a bluff or not. Before you start using  bluffing regularly in your poker games, there are some other strategies that you should try out. You can probably start with the technique of semi-bluff. What that means is that you don’t just make bets with 2-7 offsuit but try and play hands that have the potential to hit the board even if you are called out on your bluff.

How to get better at poker: basic strategies

Just understanding the basics of poker will not guarantee your success at the sport. So if you don’t want to waste a large amount of time learning from your failures, use these tips in your next poker game.

How to play poker: beginner tips

The first and quite possibly the best poker playing tip that you’ll ever receive as a beginner is: don’t play too many hands. As a rule, you shouldn’t play more than 20% of the hands at a standard nine-handed table. Now, if you are wondering what a good hand is, don’t worry, we’ve got you covered. A good hand for beginners would be one of these combinations: 9-9, T-T, J-J, Q-Q, K-K, A-A and A-J, A-Q and A-K. in case you are playing against less than eight people, you can loosen the range up.

Another tip to follow would be to avoid calling very often. It’s quite understandable since new players aren’t really sure if the hand they have is actually good or not. Poker novices tend to prefer calling rover betting since their lack of knowledge about the game makes them more risk averse.

However, always remember that betting is a better choice than calling. You have the ability to win an entire pot without showing your cards when you bet. If you call, you don’t get that option.  If you are playing against experienced poker players, they can take you for a ride if you call too often. They will immediately know that you are new to the game and bt moderately every time, making the rookies pay. So, it’s always better to place a bet or re-raise instead of calling, even if you aren’t fully comfortable with it.

Don’t get embarrassed if you lose a hand. Poker is a game where sometimes even the savviest of veterans can end up looking silly. That’s just how the game is and there’s nothing you can do about it. Sometimes, you will be dealt the worst hands. Or you might just lose the big pots. Sometimes, you might even end up misplaying your hands. Don’t worry, it’s all a part of the learning process and you are only going to get better with practice. Always remember, it’s just a game, you win some, you lose some.