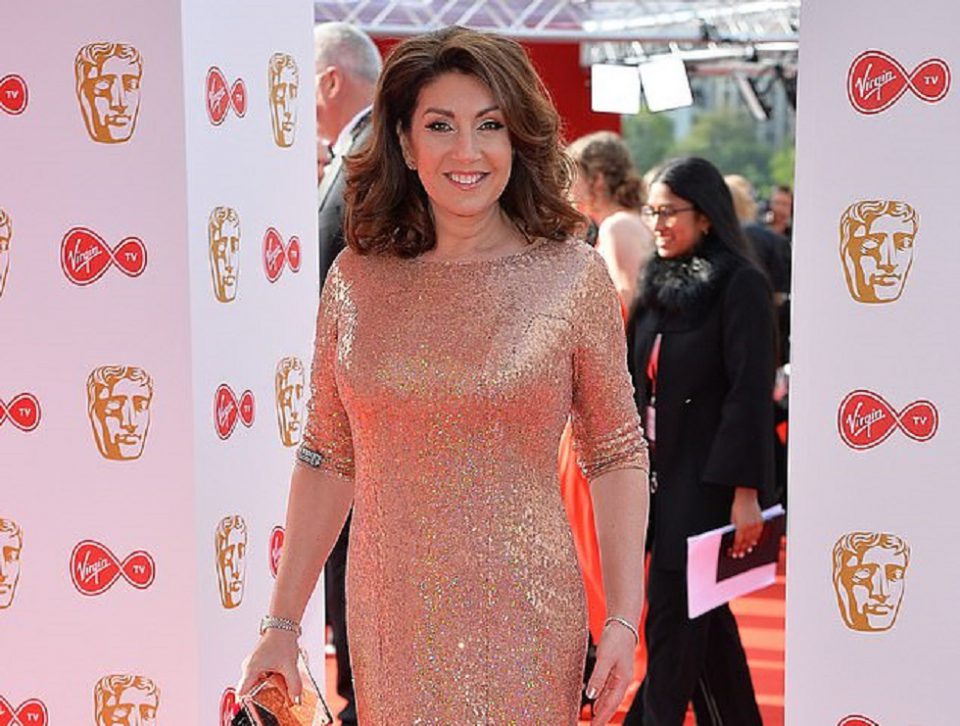 This English singer (known best for her Yorkshire accent) has co-presented a number of daytime shows, including Loose Women between 2004 and 2014, ITV programme Star Treatment in 2013  and the British Academy Television Award winning Cruising with Jane McDonald since 2017. The actress and singer came into this world on 4th April 1963 and has gained so much fame as an easy listening singer and songwriter.  She also presents Jane & Friends on Channel 5 as she is currently an English media personality and television presenter. Although her full name is Jane Anne McDonald, she became known to the public in 1998 after her appearance on the BBC show The Cruise as sweet little Jane!

After Jane McDonald’s fiance Eddie Rothe died after a short battle with lung cancer, she took some of her close friends along with her to celebrate their birthdays.

She said: “To be able to take my closest friends on such an amazing trip was very emotional. “If we know anything about what has happened in this past year, it’s that life is too short. “We all think, ‘I’d better not spend that’ but I tell you something, I’m going to spend a lot and I’m going to have the best time because you just don’t know when you’re going to be able to do it again.”

The 58-year-old singer hopes her series will inspire, even though the current series will be Jane’s last.

“I hope that people see what we were doing on that cruise and think, ‘I want to do that with my family or my closest friends’, because it is an extremely special thing to do, to spend quality time with people that you love,” she added to the Mirror.

The host is going to be leaving to focus on other opportunities, but she said:  “It has been wonderful, it really, really has. “I have a joy and passion for cruising which is why, leave the party when you’re having fun.” Jane’s series comes amid the news that her husband-to-be died from cancer.

Jane McDonald’s partner who just died, first met her as a teenager

The pair first started dating after meeting in a Wakefield nightclub, where Jane worked.

Jane McDonald and Eddie Roth followed different career paths and went their separate ways but reunited on the off chance when he was a guest on This Morning. At the time, Jane McDonald was a panellist on Loose Women and soon she and her fiance got engaged in 2008.

The singer and actress was previously engaged and ended up marrying her manager Henrik Brixen for five years.

Jane McDonald who is delighting viewers on Channel 5’s Cruising with Jane McDonald, split from Henrik in 2003 and reconnected with her teenage boyfriend Eddie, a former drummer with the 1960s band The Searchers. She admitted to The Mirror that her ex-husband and manager Henrik walked out of their marriage to save her career, saying: “Henrik tried his very, very best and he was brilliant at what he did, but he didn’t know the industry.

“We’d come to a point where Henrik had made quite a few enemies and he said, ‘If I don’t leave you, you are never going to have a career.’ And that is why I never talk about Henrik in a bad light at all because he was the one that walked out of the marriage to save my career.

Her ex-manager was initially employed as a plumbing engineer on a ship (a totally different industry than the entertainment business) when the couple met. As fate would have it, her ex-husband Henrik Brixen went on to become Jane’s manager after they married in 1998.

“Your manager is your boss and tells you what to do, what to wear and who to be, so our relationship changed,” Jane wrote. “I loved him with all my heart, but felt he’d stopped looking at me as a wife. I became a product.” She continued: “I lost confidence and became introverted. Eventually, I came to the devastating conclusion that I really did have nothing left. I told Henrik, ‘I’m firing you as my manager.'”

According to her 2019 autobiography Riding The Waves: My Story, Jane spoke about her decision not to have children:

“Henrik and I once talked about having children but there wasn’t room for babies in his plans for me. I began to feel lonely in my marriage.”  “For me, it was an easy decision to not have children, because I knew I couldn’t do both,” she also told Echo News.