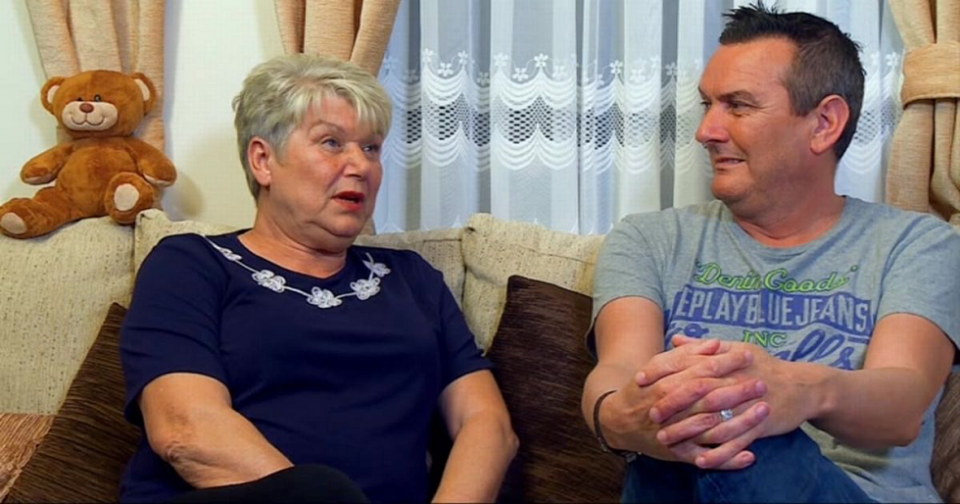 Bafta winning show Gogglebox is a British television reality series that premiered on Channel 4 on 7 March 2013. The series features a number of families and groups of friends from different places all over the United Kingdom who get cast to react to television programmes from their own homes. Gogglebox also won the National Television Awards in 2015, 2016, 2017, and 2018.  Cast members and caravan besties Jenny and Lee have become fan favourites over the past 15 years for taking the mickey out of each other and munching on some sweet treats while they watch the telly. But how much do we really know about the pals? Here are some interesting things about the besties:

When did Jenny and Lee join Gogglebox?

Jenny and Lee were hired in the fourth series of the show. In 2014 Jenny was first approached by two Gogglebox researchers at Beverley Races Ladies’ Day. But Lee wasn’t sold on the idea at first, as he told The Hull Daily Mail: “To be honest, I didn’t want to do it. I’d say it took her about an hour and a half to talk me into it – about as long as it took me to get me out of bed.”

Years later the producers hit the nail on the head by casting these two as Gogglebox has been a surprising source of comfort during the ongoing lockdown, with people routinely tuning in to see what the cast have to say about the current news and television schedule. The show works well with the endearing stars, who have won the hearts of the nation, by articulating what many of us feel, all the while sprawled on their sofas. They are modern day poets that snack and get filmed, but few friendships have hit us in the feels quite like Jenny and Lee’s.

How much do the Gogglebox families get paid?

According to The Sun, Gogglebox stars get paid £1,500 a month per family, which they can share out between themselves however they see fit. The best friends seem to be using the money to travel. The pair have even gone on holiday together, recently posting some cute throwback pictures from them on a cruise 16 years ago. Lee captioned it: ‘Old photo 16years ago of me and Jenny on a cruise taking the piss and no before you ask we didn’t get married 😂😂😂😂😂😂’

Where are Jenny and Lee Gogglebox cast members from?

Jenny and Lee are from Hull. They film from Lee’s caravan in Patrington Haven caravan park.

This came as a shock as fans were shocked to learn the iconic Hull caravan which featured on Gogglebox actually belonged to Lee. Many viewers have assumed for years that the static home belonged to Jenny leaving viewers astonished when he ordered her out on tonight’s episode.

She asked him: “Just think Lee, what you going to do when I go home? I’ll miss you when I go home. Have you bought me a leaving present?”

The pair have been isolating together for the duration of the current series, which is why they have been able to appear together each week. But, with the series coming to a close, he ordered her out – leaving viewers shocked that it was his place all along.

Another said: “Madness. I thought that was Jenny’s caravan after about 20 series of watching. Madness.”

What is Jenny and Lee from Gogglebox’s relationship and how do they know each other?

Jenny and Lee go way back – 21 years back, if you want to put a number on it.

Jenny and Lee have been best friends for more than two decades – while they don’t usually live together, they are currently isolated in Lee’s caravan so they can continue filming. Lee added ‘I don’t think we’ve ever had an argument. We’re too placid to argue. She makes me laugh too much for me to ever fall out with her.’

They became friends when Jenny was the landlady of a pub called The Crown Inn in Paull, and Lee was a regular. The pair have been inseparable ever since and often go on holiday together, with Lee previously describing Jenny as his family rather than just a friend.

Gogglebox fans love the pair’s humour and closeness, which Lee proudly put on display in the Instagram throwback post. Recently, he shared a photo of them together in 2004, smiling widely and dressed smartly for the professional pic.

Lee hilariously told everyone that the photo was not of their wedding, writing on Instagram: “Old photo 16 years ago of me and Jenny on a cruise taking the p**s and no before you ask we didn’t get married.”

Lee sporting a brunette hairdo (rewinding his icy white hair) and wearing a dark suit with white shirt has his arm around Jenny who is dressed in a formal black dress. Meanwhile Jenny is rocking a short brown stylish haircut and holding a big bouquet of flowers, which is why it looked like a wedding photo.

Who is Jenny Newby from Gogglebox’s husband?

Jenny’s husband, Ray, has never appeared on the show and prefers to stay out of the limelight.

Gogglebox’s Lee Riley has been with his partner Steve Mail for 26 years.

On February, 7 Lee wrote on Twitter: “And I am so glad you did after 26 years together you’ve made me what I am today thank you.”

How old are Jenny and Lee from Gogglebox?

The pair – who both live in  Patrington Haven caravan park in Hull – have been on the show since 2014. They went into lockdown together which allowed them to keep filming, but have since decided to move back in with their respective partners.

Wishing this legend my dearest friend,my side kick JENNY A BIG HAPPY 65th BIRTHDAY 🎁🎉🥂🎂have a great day my lovely 💖💖💖Lee 😘😘xx

Jenny is moving out of the iconic caravan as the series comes to a close. The pair also revealed that this week’s episode is the last of the series and that the show will not return now until September.

Jenny and Lee tweeted from their joint account: “Happy #Gogglebox Friday or is it 😢😢?”

They became friends when Jenny was the landlady of a pub called The Crown Inn in Paull, East Riding, and Lee was a regular.